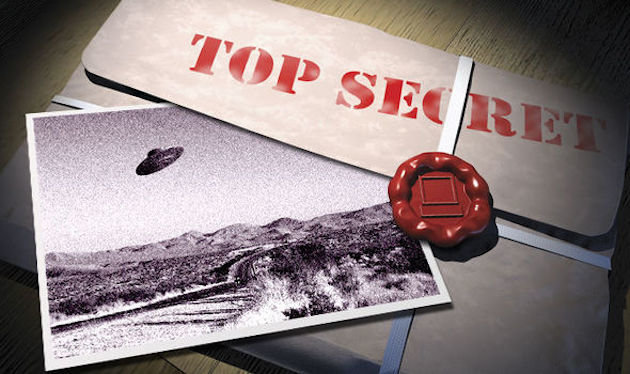 A rare documentary from the 1990’s reveals an other-worldly side to secret government projects. Stansfield Turner, CIA Director 1977-1981:

“When I was first introduced to this idea of parapsychology I was very skeptical. Then I began to think about it and we all know of people who seem to have some kind of psychic powers.”

During the cold war era, the United States government received intelligence that the Soviets had been delving into research on the use of psychics and remote viewers for a number of secret aims. In response, they decided to start similar operations and were interested in creating spies with extra-sensory perception, or ESP. They apparently thought that if the Russians were having success, then they could potentially create the perfect spy with something akin to super natural abilities.

According to General Ed Thompson, an interviewee of the documentary, the Soviets had intentions of using these psychic powers not just for reconnaissance, but to potentially disturb government officials of other countries, likely of the U.S. He refers to this as “telepathic hypnosis,” But the primary focus, he says, was long distance telepathic communication.

“…the whole program appeared to go classified, hidden from view and was presumed to be funded by either the KGB, the military or some other ‘governmental interest’…There was evidence that they were particularly active in long distance telepathic communication. Also in PK that they call telekinesis and possibly in telepathic hypnosis to disrupt individuals in key positions or handling sensitive equipment.”

Research into psychic phenomenon was conducted partially at Stanford Research Institute in California. The narrator calls it “America’s second largest think tank with more than 70 million dollars in government funding annually”. This is one of the locations where psychics were recruited and tested for an ability with remote viewing, amongst other things. One of the most disturbing parts of this is that in addition to mind-reading and remote viewing, they were apparently testing individuals for their ability to cause physical illness, or even death, by psychic attacks.

“Multiple Laboratories were involved, they were screening Civilians for natural talent, if you will, employing psychics and healers and things of that nature in a wide variety of experiments. One of the things reported was that they were actually talking about attempting to induce death, physical illness, things of that nature.”

Thompson also made note of the fact that artists were one category of people who tend to excel at remote viewing. For those who don’t know, remote viewing is the apparent ability to choose a location on the planet and visualize the exact location and what is happening in that spot at that time. It was said that remote viewing sometimes came in images and sometimes in feelings. Remote viewers would often describe sounds, tastes, emotions and the like and then begin describing a more vivid scenario of what they were seeing. Some were better with viewing people, and could actually describe their state of mind, according to one official. One of the remote viewers even claimed to have been able to detect nuclear bombs by seeing a green glow that he likened to Kryptonite. They also claim to have had a fair amount of success in this whole endeavor, and some of the individuals even recounted UFO experiences as well.

“One category of person who was good at remote viewing was imagery interpreters. A good imagery interpreter sometimes can see more in a picture than the unpracticed eye and they had a knack for visualization that appeared to work very well for remote viewers. Other categories of people who were said to excel at remote viewing were people like artists, entrepreneurs, risk takers. By the nature of the intelligence business we had some risk takers too.”

Colonel John Alexander,U.S. Army Intelligence and Security Command, 1981-1984, describes his experience with telekinesis, or the ability to move physical matter by using consciousness:

“We had seen on a number of occasions what we call macro-psychokinesis where major events occurred in front of us and what I brought along were two forks and what we would do is have individuals hold these as I am now, one in each hand, where there’s no physical force available. These two forks used to sit snugly next to each other and what was happening is that we had a group of Colonels and Generals mostly, the individual truly untrained, was holding this, turned his head and when he did this particular fork dropped a full 90 degrees. And then when everyone was watching this same fork came back up, went down and came back to the position it’s in now…and that happened, witnessed by many qualified observers.”

The government has been engaged in these secret programs for decades, however, there is little information on how these programs are actively being used today.