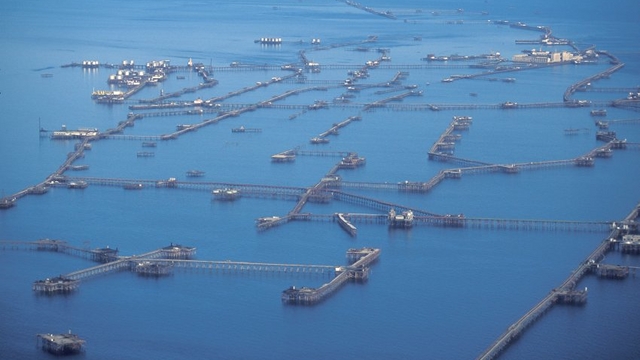 Shortly after the Second World War, the Soviet Union constructed a massive industrial city-complex in the Caspian Sea off the coast of Azerbaijan. Home to over 5,000 workers, it was an intricate maze of oil platforms linked by hundreds of miles of roads and featuring a park, cinema, and apartment blocks. Called Neft Dashlari, the ocean city is still in use today, but it’ll be only a matter of time before the sea completely consumes it.

Neft Dashlari is located in an area that has long been famed for its rich oil reserves. Looking to tap into the region’s valuable natural resources, Soviet engineers began drilling in an area dubbed “Black Rock” in the late 1940s. Their initial discovery of top-quality oil at a depth of 1,110 meters (3,600 feet) below the seabed inspired the construction of an oil platform that began to sprout and take on a life of its own.

The foundation of the main settlement consists of seven sunken ships including “Zoroaster,” the world’s first oil tanker, built in Sweden. In Neft Dashlari’s heyday, some 2,000 drilling platforms were spread in a 30-kilometer circle, joined by a network of bridge viaducts spanning 300 kilometers. Trucks thundered across the bridges and eight-story apartment blocks were built for the 5,000 workers who sometimes spent weeks on Neft Dashlari. The voyage back to the mainland could take anything between six and twelve hours, depending on the type of ship. The island had its own beverage factory, soccer pitch, library, bakery, laundry, 300-seat cinema, bathhouse, vegetable garden and even a tree-lined park for which the soil was brought from the mainland.

It was a Stalinist utopia for the working class. A Soviet stamp from 1971 summed up the gigantic hopes it embodied in a tiny image: against the black outline of a drilling rig, a road made of bridges snaked its way across the deep blue sea towards further rigs and a red sun on the horizon.

But after the collapse of the Soviet Union and the discovery of cheaper oil elsewhere, Neft Dashlari began to wane in importance. The ocean city is still active today, but its workforce has halved and most of the rigs are out of use or inaccessible because the bridges have collapsed. Only 45 km (28 miles) of the pre-existing 300 km (185 miles) of roads are still usable.

And indeed, the elements are starting to take its toll. Given that there are virtually no efforts to maintain the structure, it is prone to floods and corrosion.

Submerged portions have become a menace to shipping, and oil leaks remain a problem. There was talk of converting it into a tropical luxury holiday resort, but nothing came of it. And dismantling the entire structure would likely be cost prohibitive.

In all likihood, the sea will eventually have to take it.

And of course, many of you Bond fans will remember something very much like Neft Dashlari from the 1999 movie The World Is Not Enough — which featured a floating city directly inspired by it. 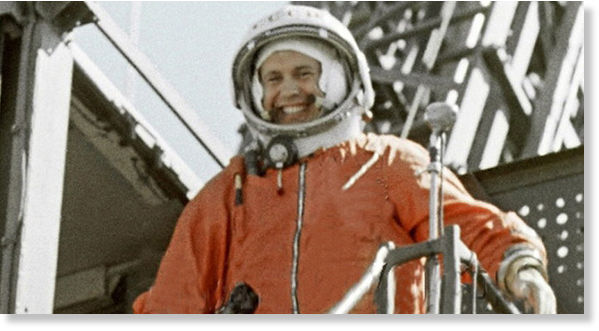