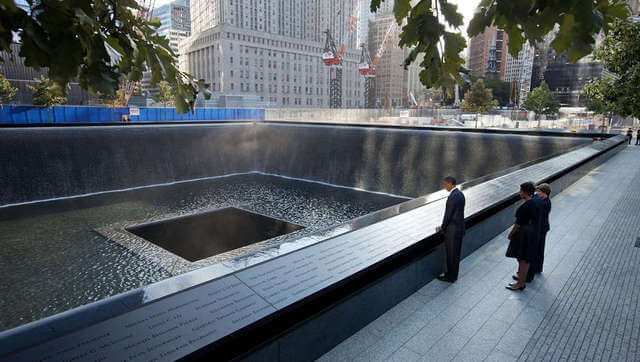 Reincarnation is a mysterious phenomenon that only a few people believe in. At the same time, it is worth noting that reincarnation is mentioned in a large number of beliefs. There are enough stories of children on the web who somehow managed to remember their past life, although the memories of them are usually erased.

Recently, according to a report by “UNILAD”, a mother in the United States shared that her young daughter shared memories of previous lives killed in the 9/11 incident.

White (Riss White) is an internet celebrity. In a short film she shared a few days ago, she described the story of her daughter’s “previous 911 memory” many years ago. She said that on September 11, 2018, while browsing social media on her phone, she slipped into some commemorative posts about 9/11, including a photo of the twin towers of the World Trade Center in New York. At this moment her daughter seemed to think of something.

At that time, the 4-year-old daughter pointed to one of the two towers of the World Trade Center in the photo (White thought it was the North Tower) and said:

“Mom, I used to work there,” her 4-year-old daughter said, pointing to a building in the Twin Towers of the World Trade Center (which White thinks is the North Tower). White found it strange and asked her when it was, to which her daughter replied, “Before.”

The daughter also told White that one day when she was halfway to work, the floor suddenly became very hot, so she stood on the table so she wouldn’t get burns. Then she said that all her friends were trying to escape through the door, but the door just couldn’t be opened. So she jumped out of the window and flew like a bird.”

White was horrified when listened to her daughter’s creepy statements. She said that her daughter had never heard of 9/11 in her entire life.

Maybe Rissa White’s daughter somehow got information from some source, but at her age it would hardly have been possible to come up with such a story and generally deliberately talk about the events of those years.

In fact, cases about past life memories are sometimes seen in newspapers. Not long ago, a Japanese boy named Koji (pseudonym) told his mother how he died in a car accident in his previous life when he was 3 years old, and he clearly drew a map of the accident site. After getting clues from netizens, his mother went to the scene to take a look. The result was exactly the same as the map drawn by Koji.

The short film shared by White also attracted many netizens’ resonance, saying that their children had also said something similar to “past life experience.”

“When one of my children was 3 years old, he suddenly said, ‘Mummy, do you remember that I was an old woman and was hit and killed by a car?’”

Another netizen left a message:

“My daughter is 4 years old and told me several times that she and two other girls fell into the water and fell asleep when she woke up.”

Jim Tucker, professor of psychiatry and neurobehavioral sciences at the University of Virginia in the United States, has been conducting since 1996, a research project on children’s memory of past lives, and has authored books on reincarnation.

Tucker once told the “San Francisco Chronicle” media that he believes in reincarnation.

“If the child’s words in the case cannot be verified, it may be just an illusion. For example, a boy said,’I drove a big truck before.’ But if the child can cite many details about another life in a long time, after verification, If they are all true, it is difficult to treat them as pure fantasy”, he stated

Tucker suggested on the university’s website that some children have strong emotional reactions when they talk about past life memories, and parents should respect and listen to what their children say, just like other issues.

In this article:Past Life Memories, reincarnation