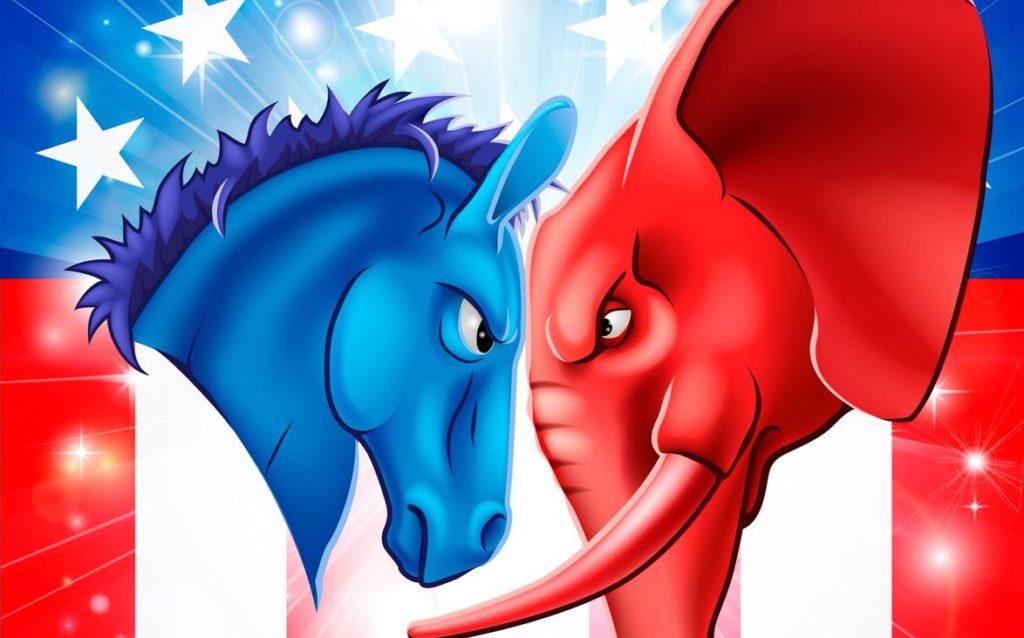 (David Matthew) We’ve all experienced it.  You log on to Facebook and scroll through your timeline – and there it is: a fiery argument where insults are flying freely on a subject that charges you.  Though you may aim to steer clear of the sludge and toxicity of social media comment sections – perhaps you decided to lunge into a particular topic that you care deeply about.

Almost inevitably – an argument takes place where emotions reach a crescendo and the “debate” devolves into sophomoric insults where both sides are trying to tear each other’s character down instead of engaging in discourse on the merits of respective viewpoints.

Often, we find ourselves scrambling to score points by reflexively reacting to current events based on agenda and cultural identifiers, (nationality, orientation, race, creed, religion etc..) arguing over semantics, using trigger terms, stereotypes, and gross generalizations to stir the pot of frantic frenzy.  There is a primordial root to this way of interacting with each other.  From the very beginning of our history on this planet, we were thrust into a world where “the others” were viewed as an imminent danger that must be defeated, lest we be invaded and taken over.  In modern times, this tribal notion of “the others” often manifests as an idea, viewpoint, or perspective outside of our own, and it is often perceived as a threat that must be beaten down.

This has come to typify our state of discourse – whether it’s in corporate media, in Congress, on social media, or elsewhere – it has become abundantly clear that we are feeding into endless argumentation that features polarized “sides” of an argument – and there are often only two viewpoints presented as acceptable to latch onto. We anger quickly, posit ourselves in a reflexive defensive posture, and prepare to debate with one another in a way that perpetuates conflict instead of fostering education and cooperation.

The quest to be “right” or to “win” the argument takes precedence over actually listening with an open mind to an alternative viewpoint, robbing us of the opportunity to learn something new, expand our perspective, and integrate new data into our thought process to assist in evolving our consciousness.  Scientists call this motivative reasoning: a phenomenon where our unconscious motivations (beliefs/desires/fears) shape the way we interpret information.  Some ideas resonate with what we identify with – and we want them to win.  Other ideas sound like the “other” side – and we want to denigrate, defeat and banish those ideas out of the discourse.  When we apply this to our world we see how the polarizing power of partisanship and deeply held belief-systems influences our perceptions of the world around us.

“Motivated reasoning theory suggests that reasoning processes (information selection and evaluation, memory encoding, attitude formation, judgment, and decision-making) are influenced by motivations or goals. Motivations are desired end-states that individuals want to achieve. The number of these goals that have been theorized is numerous, but political scientists have focused principally on two broad categories of motivations: accuracy motivations (the desire to be “right” or “correct”) and directional or defensive motivations (the desire to protect or bolster a predetermined attitude or identity).” ~Thomas J. Leeper

Even when we think we’re being objective/fair-minded – we still can wind up unconsciously arguing for something with mechanical repetition – even when the empirical evidence shows that there is no sound basis for our argument.  We’ve become more adept at crafting and presenting an argument than conducting an actual investigation and critical thinking into the truth of the matter at hand.

But shouldn’t our motivation to find truth be more prominent than our motivation to be “right” or to cherry-pick arguments and articles that reinforce our own views? How can we cut through our prejudices/biases and motivation – and look at data and information as objectively as possible?

Perhaps it begins with shedding overly rigid identities and boxes that have been created for us in order to herd us into predictable boxes.  How often do you find yourself parroting a viewpoint or argument that you feel is aligned with your primary identity?  Perhaps you identify primarily as a Democrat.  If so – should your entire viewpoint be defined by this identifier to where you only agree with policies and/or ideas presented by those on your team (Team Democrat)?  If you identify as a woman – is that all you are?  If you consider yourself a Christian – must your perspective only be aligned with a narrow prescription of popularized Christian “values”?  If you consider yourself part of the “conscious community” – must everything be understood and reasoned through that filter?

This isn’t to say that identity isn’t important.  Expressing a sense of who we are is paramount – but that expression is unnecessarily limited when we aren’t open-minded and don’t allow for a full-spectrum experience. Identity politics is always an ever-evolving realm, and many of us attach more value to certain identifiers than others, be it race, gender, sexual orientation, religion, etc.. It’s respectful to be supportive of an individual’s universal right to self-identify (or even their right not to identify at all), but it is also helpful to exercise a level of suspicion about the ability of rigid identifiers and social constructs (like race and gender) to accurately portray the multi-dimensional beings that we are.

“There’s a dangerous corrosive side to identity politics, ie: making one’s gender/skin color/religion/sect/sexuality one’s *defining* trait. Between groups this can divide people rather than unite them, promoting rather than reducing group stereotypes, and therefore increasing discrimination.

Within groups this can lend itself to reinforcing a hegemony for those individual members who refuse to conform to what being a member of that group is *meant* to mean, as defined by that community’s internal power structures. This is like the old trope “You can’t be a true Muslim/black man, and be gay”.  ~Maajid Nawaz

Breaking down these constructs and constrictive identifiers will usher in a new framework for discourse.  Currently, major media and news outlets rarely put forth effort in facilitating an open-range discourse, and are capitalizing (and in many instances feeding) the toxic tribalism where only two-view points are presented without any real effort to find intersectionality or genuine exchange. We see the phenomena of “both sides of the same coin” playing itself out again and again as it pertains to a polarized duality of public opinion.   Thus, the vast percentage of the populace are unconsciously bombarded with polarized view-points that unseat their own ability to find the neutral and to explore new thought-forms outside of the limits of dual categorization.

“An unknown ‘something’ has taken possession of a smaller or greater portion of the psyche and asserts its hateful and harmful existence undeterred by all our insight, reason, and energy, thereby proclaiming the power of the unconscious over the conscious mind, the sovereign power of possession.”  ~Carl Jung

It would be prudent for all of us to examine whether our own psyches and intellects have been unseated by an unknown, unconscious force. We are now tasked to get back in the driver’s seat of our own consciousness, turn off cruise-control, and navigate our own vehicles.  Just as the fleshly body must be cleansed of parasites and toxins such that they don’t become hosts for worms that weaken the body’s vitality, the mind must go through its own filtration process to clear out intrusions and predictive programming that wane our original core vibrational thought patterns.  Otherwise, we are often just passive receivers of whatever the TV is downloading into our minds.

The Need for Innovative Narrative

So who are the new story-tellers who can create a more progressive narrative of universality?  A narrative where we seek to understand each other by coalescing in multi-sensory empathy and cosmic commonality?  A narrative which rejects that humanity is a simple, basic species that can easily be divided into boxes of artificially devised social constructs.  A narrative which recognizes that we are coming out of an age of spiritual amnesia – and many of our societal problems are related to our universal yearning for meaning, truth, and a desire to be connected, balanced, and whole in our relationship with each other and our selves. The need for a new narrative is upon us – and we each bring a unique gift that is required to comprise the tapestry of our immediate position in this time/space.

Advertisement. Scroll to continue reading.
In this article:corporate media, Tribalism 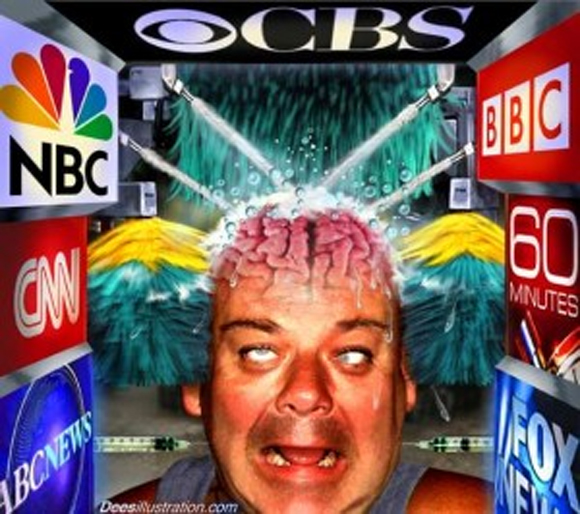 So, you think corporate media is reporting the Truth? After learning that 5 to 6 corporations own nearly all media, whether print, cable, or...