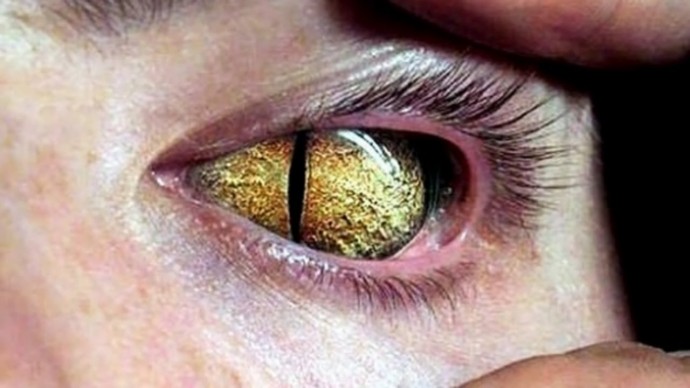 On July 28, 2020, a huge medical scandal began to flare up in the United States, which began with the fact that Donald Trump retweeted a video of Houston doctor Stella Immanuel, in which she argued that there is an effective drug for COVID-19 – hydroxychloroquine and that masks and quarantines are useless.

The main newspaper, which initiated the attacks on Tramp, was the Daily Beast, which studied in depth all the previous speeches of Stella Immanuel. In the opinion of some, Dr. Stella’s ideas are ridiculous and smell like the dark Middle Ages.

Further, the topic was picked up by other publications and began to scold Trump for listening to the advice of doctors with very strange views on medicine. Nevertheless, this Stella Immanuel seems to be a smart woman who publicly voices rather shocking things. Many doctors know about all this, but they are afraid to speak out loud so as not to lose their license – which, by the way, is already a real threat for Dr. Immanuel.

Stella is a pediatrician by training and, along the way, a religious figure. In her YouTube sermon  and articles on her website, Dr. Immanuel argues that many medical problems such as endometriosis, cysts, infertility and impotence are caused by having sex with “spirit husbands” and “spirit wives”:

“These entities are responsible for serious gynecological problems. We call them all kinds of names – endometriosis, fibroids, cysts, but most of them are evil deposits from the astral husband,” Dr. Immanuel says in a 2013 sermon.

In her sermon, Dr. Immanuel calls these astral entities “Nephilim” – biblical characters who exist as demonic spirits and come to the sleeping people, as if were in a sexual relationship, causing the reality of subsequent health problems and financial losses. According to Dr. Immanuel, many diseases, such as fibroids and cysts, originate from demonic sperm after having sex in a dream with one or another astral entity.

An even more interesting sermon by Immanuel was laid out by a doctor in 2015, although the Daily Beast were afraid to bring it and only retold it in their own words.

It turns out, according to Immanuel, by some sorcerers acting at the global level, and by people in governments who are not really people, but reptiles, a plan has been developed to exterminate humanity by promoting abortion, same-sex marriage and poisonous toys that kill children.

However, the latest innovation of the globalists, according to Dr. Immanuel, was the DNA of space aliens, which is currently actively used in medicine and is injected into humans as a medicine. They need a “vaccine” to install microchips to suppress a certain gene that controls people’s religious preferences and direct its work in a different direction.

Naturally, the press has now seized on all this, working on the principle: since a person speaks such a medieval heresy, then his statements about hydroxychloroquine are worthless. However, as one famous Hollywood character said:

What is your evidence? What medical luminary can refute the assertion that people get different diseases after contacts with certain astral entities?

This is exactly how shamans and healers of all nations around the world explain many diseases, and these people do not care about the opinion of medical luminaries. No one has seen a single healer who came to treat oncology with academicians, but when the academicians get utterly confused themselves, queues of curving professors stand in front of the witchers. And Nigeria, where Dr. Immanuel comes from, generally has a special place in the topic of magic.

What happened to the world before the current round of civilization, which began somewhere 400-500 years ago – no one knows for certain. That is, there was a global Flood, Nibiru, a nuclear war or, in general, a war with some aliens – a moot point. Nevertheless, it is well known what happened next.

Then in Europe and in Asia there were some kings who formed kingdoms in Europe, around the dungeons of Switzerland, and in Asia around some mysterious Shambhala. Under the kings, the Inquisition was created, which hunted for ancient books, which were ruthlessly destroyed. The same fate befell those who read these books.

Further, when the sailing fleet appeared, Columbus was delegated to America and the Inquisition began to clean it up there. But for some reason, Africa was left unattended for a long time and therefore local shamans know a lot of things that will make even conspiracy theorists look on their foreheads. For example, the famous conspiracy theorist David Icke was initiated there – that is, he talked with a wise African grandfather and everything in his head suddenly started to make sense.

Therefore, there is definitely some ancient African truth in what Dr. Immanuel says. Something can be announced, something is debatable, but the topic of the DNA of some aliens is raising interest.