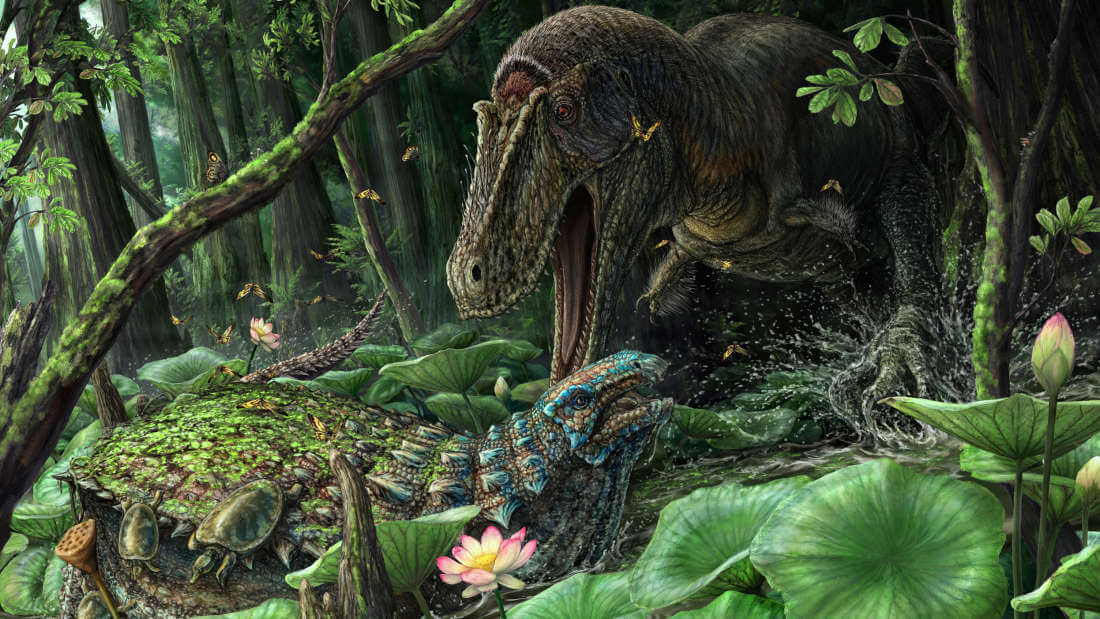 They don’t look remarkable to the untrained eye. The skull bones are fragmentary, unrecognizable to most. The story of a fearsome tyrannosaur, who lived millions of years before T. rex, would remain lost to the ages had it not been for the fossil’s discovery in New Mexico by a dedicated team of dinosaur hunters.

Digging in rock known to be approximately 80 million years old, but also infamous for its lack of fossil preservation, paleontologists Andrew McDonald, Douglas Wolfe, and their team searched for remnants of life in the Menefee Formation of New Mexico. This particular geologic formation was part of Laramidia, the western part of the ancient continent that eventually became the North America we know today.

Clues were there from the very beginning: Most of the bones were hollow and the skull segments were distinctive. Excited, McDonald knew these indicated a theropod. But what kind?

Theropods were bipedal dinosaurs and most, but not all, were carnivorous. Tyrannosaurus rex is the most well known type of theropod, but it’s just one of a very diverse group of animals. It is also a later form of tyrannosaur. Many of the T. rex fossils people recognize from museums are approximately 66 million to 77 million years old. Earlier forms of tyrannosaur are extremely rare.

In a paper published today, McDonald, Wolfe, and Alton Dooley Jr., introduce Dynamoterror dynastes, which is only the second known tyrannosaur in Laramidia from this time period. D. dynastes walked the Earth approximately 80 million years ago.

Comparing fragments of bones offers a unique challenge to paleontologists hoping to identify such fossils. It took considerable research into published data, as well as trying to match the bones with available specimens. Perhaps one of the most exciting aspects of the study was the use of 3D scanning and printing to facilitate their research.

The two frontal bones of the skull of D. dynastes were broken in different ways, but there was enough on both sides that they could reconstruct them.

“There are features on the right frontal,” explained McDonald, curator at the Western Science Center, “that aren’t preserved on the left, and vice versa. But there are enough overlapping features” that enabled them to recreate a digital composite of both bones.

“Those overlapping features gave us landmarks to work with,” he said.

To be clear, Dooley, executive director of the Western Science Center, said, “the 3D modeling didn’t reveal any feature that we didn’t already know was there. But it made it much easier to make the comparisons and for us to interpret what we were looking at.”

What would have previously taken weeks to confirm their fossil interpretation took only three days with the 3D models.

“The whole process of producing the composite 3D model took us [approximately] a day to scan the fragments,” said Dooley, “then maybe one more day to make the composite model and then a third day to print it out.”

These scans are publicly available to download from Morphosource and Sketchfab, enabling anyone to use them for noncommercial purposes.

“We hope that [publicly available digital fossil scans] become the standard,” Dooley said. “It’s not going to replace looking at the original specimens. As good as scans are, the actual specimen is still better. But sometimes you don’t need the original specimen. You can get the data that you need perfectly well from just a scan.” He said that these digital scans open up fossil research to scientists who may be limited by time or money.

He added: “We’re not doing [scientific] work to keep it secret. We want to further human knowledge. We want other scientists to be able to use this specimen to help them in their own research. Travel is expensive; it can be difficult. And if we can do things to mitigate the costs of doing research, we can make it more accessible.”

Advertisement. Scroll to continue reading.
In this article:theropods, Tyrannosaurus rex 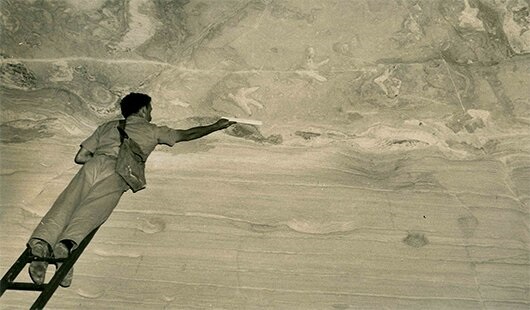 The footprints of a certain four-legged dinosaur, which puzzled paleontologists more than 60 years ago, turned out to be not what was originally supposed....

Footprints from the largest dinosaur to have ever existed on Earth have been discovered on Scotland’s Isle of Skye. The fossilized footprints were left...