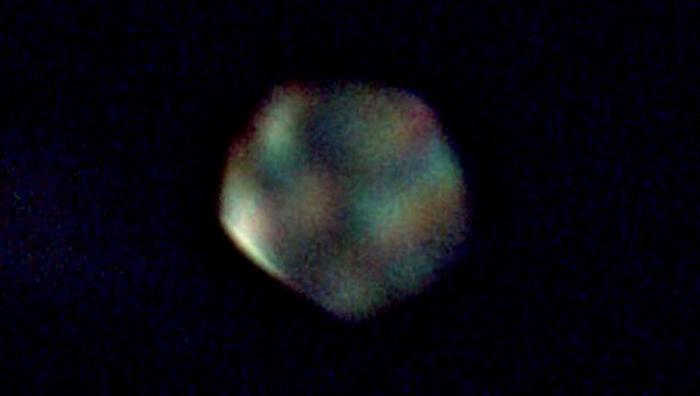 A video analysis of images taken in 1970 by astronauts of the Apollo 13 mission appeared on the Web. The author of the published video claims that an unidentified flying object (UFO) is recorded in the photo.

Recall that in 1970, NASA sent the Apollo 13 ship with three astronauts on board to the moon. Their task was to fly around the Earth’s natural satellite and land. This mission, like the previous three attempts did not take place, Apollo 13 returned to Earth five days later. According to the official version, the cause of the ship’s breakdown was the mistake of engineers at the design stage.

According to the famous Taiwanese ufologist Scott Waring, looking at NASA archives, he found unique images that capture an object. It seems that the object “jumps” from one edge of the picture to the other. A shadow is visible on the left side of the photo, and an unidentified object can be clearly seen on the right side.

The author claims that this is not a play of light. If you look closely at a picture of an object against the background of the Earth, it becomes clear that this is a continuous object, it is huge and moving.

Waring said the facility was watching the crew of the Apollo 13, recording how people deal with the emergency. He also wonders if it was an alien probe or whether representatives of alien civilizations were on board. Along the way, due to the iridescent glare on the surface of the UFO, the ufologist compared what he saw with the icing on the cake.

In this article:Apollo 13, rainbow UFO