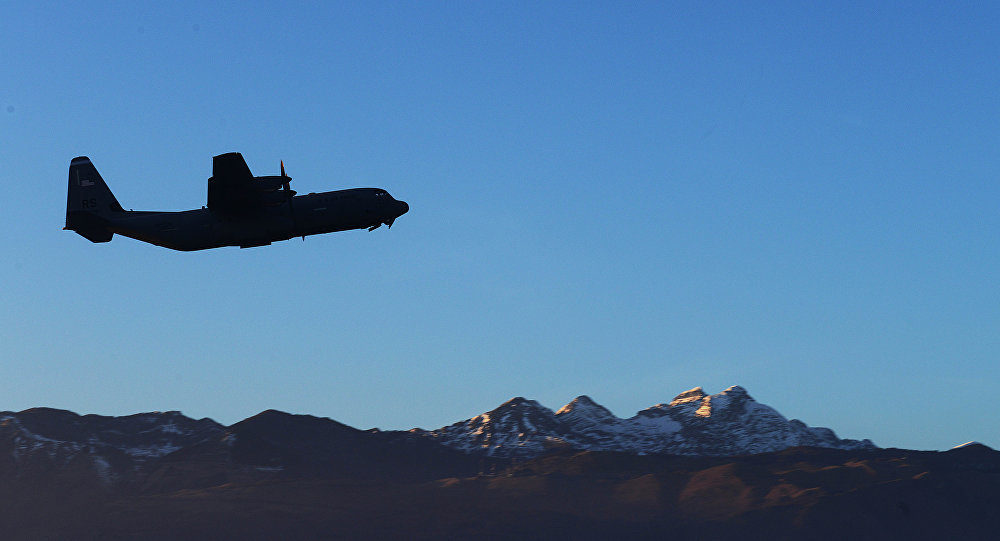 A storm-like image appearing on radar has led inhabitants in the Midwestern region of the US to reexamine a mystery they thought they’d solved. Local reports indicate the radar anomaly came from a military aircraft, but it’s unclear where the aircraft could have originated.

A multicolored streak covering portions of radar in western Kentucky shocked the National Weather Service on Monday. The streak lingered for about 10 hours, even though there was absolutely no rain falling, reports Evansville Courier & Press.

What we believe was chaff, released by aircraft this afternoon, has been showing up on radar for the past 10 hours now. Originated south of Olney, IL at 2:50 PM and now is 150 miles SE entering far north TN. pic.twitter.com/BxLQcW2aIh

​Not only was the chaff stream visible on radars for 10 hours, but it spanned some 50 miles, causing one self-described US Army Airborne veteran to wonder on Twitter, “Chaff stream 50 plus miles??? Pretty damn weird for it to be that big.”

We are still trying to figure out exactly what is showing up on radar tonight. Been going strong for 5 hrs now. If anyone in the Owensboro or Madisonville areas notices anything overhead or falling into their yards within next 30 min, please let us know. It is not precipitation.

The question of what was appearing on the radar was thought to be solved by Eyewitness News meteorologist Wayne Hart on Tuesday: a source with experience in aviation said that authorities from Indiana’s Evansville air traffic traffic control center were claiming the streak was the byproduct of a C-130 military transport aircraft releasing chaff. Chaff clouds – releases of tiny strips of aluminum – have long been used as a way to throw off would be aircraft-detectors

Information from a pilot appears to confirm that chaff was the mysterious radar echo that traversed #tristatewx late Monday afternoon/evening. Pilot was told by EVV Air Traffic Control that chaff was released by a military C130 northwest of Evansville. @NWSPaducah

​There are two military sites proximal to where the chaff cloud popped up on radar northwest of Evansville, where the aircraft might have taken off from, the report notes. Fort Campbell is a US Army base about 100 miles south of Evansville near the Kentucky-Tennessee border. And Scott Air Force Base is situated approximately 150 miles west of Evansville.

Adding to the intrigue, the aircraft reportedly did not originate from either of the bases.

“Whatever aircraft it was, it was not a Scott Air Force Base craft,” Master Sgt. Thomas Doscher told the Evansville Courier & Press on Tuesday. Meanwhile, “a spokesman for Fort Campbell wasn’t as unequivocal, but said he didn’t know of any such operation. The only way the plane could have come from Fort Campbell, he said, is if it was involved in a secret special forces exercise,” the outlet reported.

The War Zone added that the phenomenon was “odd because it should be readily explainable on an official level.” The Evansville Courier & Press pointed out that a number of questions still don’t have solid answers, including where the plane came from and why it was releasing a chaff cloud. The nature of what the long-lasting chaff was made out of spurred questions as well.