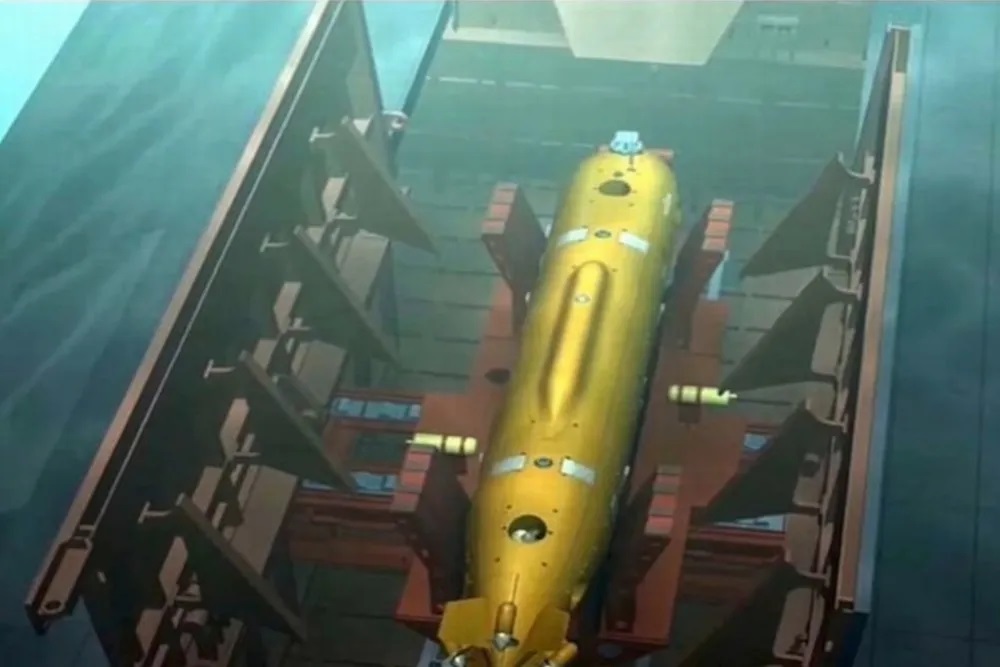 Some very strange and very serious changes in global politics in the last couple of years have been prequel to a world war that has either already begun or is about to begin. As you read this article, It is clear that Russia is strongly annoyed by Great Britain’s support for Ukraine and in recent days there have been constant threats from Moscow and its spokesmen.

Yesterday, according to a report by Daily Mail, Russia’s leading propagandist Dmitry Kiselyov, known as “Putin’s spokesman”, threatened to “sink Britain into the depths of the sea” with the submarine that will fire trigger a radioactive tidal wave of six hundred meters and wipe the United Kingdom off the map.

Kiselyov justified the threat by falsely claiming that Boris Johnson had launched a nuclear threat against Russia, although in reality the threats were believed to be due to the United Kingdom’s continued support for Ukraine.

In particular, as mentioned in the report:

Russian state media have urged Putin to wipe the United Kingdom off the map using his most powerful nuclear weapons.

Dmitry Kiselyov, a man known as “Putin’s spokesman”, used his show on Sunday night calling for attacks in Britain with a Poseidon submarine drone that he said would detonate a 1,600-foot tidal radio wave and “sink” it. Britain in the depths of the ocean.

The drone “has a capacity of up to 100 megatons per head,” Kiselyov claimed – several thousand times the power of the bomb dropped on Hiroshima – which would “lift a giant wave, a tsunami, up to 1,640 feet high” – enough for to reach halfway to Scafell Pike, the highest point in England.

Speaking against the backdrop of a graphic showing the United Kingdom being erased from the world map, Kiselyov added:

“This tidal wave is also a carrier of extremely high doses of radiation. Passing over Britain, it will turn what is left of them into a radioactive desert, unused for nothing. What do you think of this perspective?”

Kiselyov also threatened the United Kingdom with an attack by Sarmat 2, the last Russian nuclear missile tested by Putin a fortnight ago, which he claimed could also completely destroy the country with a single strike.

“[Their] island is so small that one Sarmat rocket is enough to drown it once and for all,” he said. “[It] is capable of destroying an area the size of Texas or England. “Only one launch, Boris, and England no longer exists.”

Kiselyov’s statements follow a pattern that has developed in the Russian state media in recent days threatening Britain with a nuclear holocaust, based on the false assumption that Boris Johnson threatened to carry out a nuclear strike on Russia without consulting NATO.

Instead, the threats are believed to be the result of strong UK support for Ukraine, which has seen it move faster than other European nations to hand over weapons to Kyiv to help fight Russia, combined with Johnson visiting Ukraine twice to show his support.

“Sarmat” from Russia and Washington’s “weapon of fate”

Russia has announced that it will develop the ICBM Satan II, also known as the ICBM Sarmat system, with a nuclear warhead capable of hitting the United Kingdom, as well as Europe and the United States, by the autumn.

The United States has seen no sign that Russia has taken steps to prepare nuclear weapons for use in war, but two sources familiar with recent intelligence reports told CNN that U.S. officials are more concerned about the threat than ever before. of their use by Russia.

Joint Chiefs of Staff General Mark Miley said it was “completely irresponsible” for any senior leader of a nuclear power to start “rattling a nuclear sword.”

Milley said the US military was monitoring the nuclear threat from Russia along with “friends and allies”.

Other countries have expressed varying degrees of concern.

British Prime Minister Boris Johnson has said he does not expect Russia to regularly use nuclear weapons in Ukraine if Moscow is defeated in the ongoing invasion.

And the Chinese Foreign Ministry tried to contain the escalation towards a new world war.

Meanwhile, the Pentagon, writes the Washington Post, has begun to develop a new generation of “weapons of fate” to “limit” Russia.

“A World War II-type conflict that could involve nuclear weapons is not in anyone’s interest,” Air Force Chief of Staff Frank Kendall told the Washington Post. “But that does not mean that one will not make the mistake of taking aggressive action, thinking that the other side is not going to fight and then discovering that it is doing so.”

However, according to the Washington Post, US officials appear confident that Russia will not risk challenging NATO with regular nuclear weapons, but recent Russian statements have emphasized the importance of a “stable deterrent.”

However, the report concludes that the Pentagon’s new weapons are inferior to Russian supersonic missiles, but modernize the United States’ strategic arsenal.

“Like all senior Pentagon officials, Kendall insists the United States will not engage in a direct military confrontation with Russia unless NATO attacks. But the war in Ukraine has intensified strategic modernization efforts already under way. “Pentagon and forced military planners, as they did at the height of the Cold War, to think more the unthinkable (nuclear war, – ed.)”, writes the Washington Post.

And while most Western media experts insist that the war in Ukraine is unlikely to escalate into a nuclear holocaust, 69% of Americans polled by a local psychological association say they are “worried that an invasion of Ukraine will lead to a nuclear war.”

The Western press is already painting catastrophic images in the event of a nuclear war.

A nuclear explosion will cause massive losses and unimaginable damage, writes Chris Morris, an American contributor to the Harvard Business Review.

“When the United States fired nuclear weapons at the Japanese cities of Hiroshima and Nagasaki 77 years ago, they razed the cities and killed some 200,000 people. But scientists say the horrors of nuclear war could affect the entire planet.” Morris warns.

According to an analysis published in the Bulletin of the Atomic Scientists, one or two nuclear strikes will have no global consequences. But hitting 100 guns the size of what fell in Hiroshima would lower temperatures around the world, leading to crop failures and mass starvation.

“Modern American bombs are 80 times more powerful than the bomb dropped on Hiroshima. Russia has tested even more powerful weapons. However, according to experts, if Russia uses nuclear weapons in Ukraine, it will probably use” regular “weapons. “It is less powerful than what the United States used in World War II, but it still has the potential to cause more casualties due to radioactivity and cause global famine.”

Christopher Chivvis, director of the US government’s program at the Carnegie Endowment for International Peace, shares his pessimistic outlook, believing that further escalation could eventually lead to a nuclear holocaust.

“Dozens of military exercises conducted by the United States and its allies since the Russian invasion of Ukraine in 2014 make it clear that Putin is likely to use nuclear weapons if he believes his regime is in danger. It is difficult to say exactly which turn of events will scare him so much that he crosses the nuclear threshold. Exceeding the nuclear limit will not necessarily mean a full-scale direct nuclear exchange, in other words, a global thermonuclear war. “But it would be an extremely dangerous event in the world,” Chivvis wrote in a Guardian column.

“There is no ‘small’ nuclear strike. If Putin uses nuclear weapons regularly, it will be World War III. The development of nuclear weapons, no matter how small, means untold death and destruction,” the Daily Beast added.

In this article:nuclear war, Russia, UK