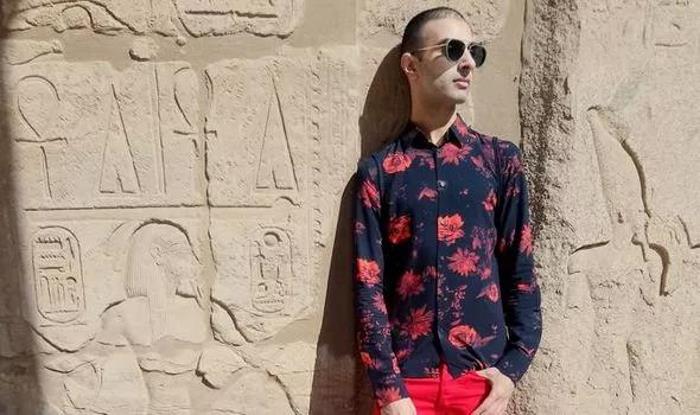 Throughout September, October and November, a large part of Poland is in some panic, frustrated by the predictions of its famous psychic Krzysztof Jakowski. And now, to this mass of excited Poles, the British were added, who listened to what their favorite renowned parapsychologist was saying.

Early in the morning of November 20, 2020, an interview with the famous Polish clairvoyant Krzysztof Jakowski was posted on YouTube with his predictions for 2021. The video was made in collaboration with a famous Polish youtuber, who asks Krzysztof various questions about what will and what won’t. In particular, there will not be European Union that falls apart. But let us quote the Poles in order.

According to Mr. Jakovski, 2021 will not be an easy year. Although many people would like to rest after the difficulties and challenges that 2020 has put before us, the situation in Poland and in the world will only get worse. The clairvoyant reiterated that a serious armed conflict was inevitable, which would affect many European states. It will start before Catholic Christmas 2020 and everyone will experience “great fear.”

There will be some kind of impact on property around the world – everyone who has something will be in a panic, as states will sharply raise taxes on the rich and begin to take property. The world will see an attempt to restore the building of communism.

This will especially affect Poland, where the local ruling party Law and Justice (Prawo i Sprawiedliwość, PiS) will completely lose fear and begin to tighten the screws. As a result, even the socialism of the times of the Warsaw Pact will seem to the Poles as a children’s matinee and they will rears. By the end of the year, the PiS party will be gone and its former members will be driven through the gateways, as Poles once ran with sticks after the famous commies.

Naturally, communism and revolutions will also affect the rest of Europe, which will systematically plunge into devastation and chaos. Ultimately, the European Union, or rather, what will remain of it will be dismantled, which will begin by the end of next year.

However, the most unpleasant thing that awaits the world in 2021 is some kind of armed conflict that will not affect Poland in any way, but will terribly scare everyone and, ultimately, destroy the EU economy. Mr. Jakowski finds it difficult to name the exact date of this conflict, since it will not immediately become global and will develop gradually, but historically its beginning will be recorded at the end of 2020.

In addition, the famous Polish parapsychologist literally says the following:

Bad times are coming. My visions show that this will continue until 2021 and beyond.  There will be many cataclysms in the world. Every year. But in some country where we do not quite expect this, which should be strong and safe, entire cities will burn down. It will be some kind of big country.

The psychic’s name is Nicholas Aujula, who as he himself reports, in a past life he lived in Ancient Egypt and was a local princess: In the current call, at the age of 17, the guy experienced a cool out-of-body experience, from which he returned a little out of his mind and now works as a hypnotherapist, specializing in hypnotic regression and people who also returned from the other world and now get along badly with the world around them, not understanding how they got here again. Well, among other things, as Nicholas claims, he has various visionary incidents. Sometimes these are even just words, which, if the medium tries to interpret reality, then do not correspond in any way. But, if Nicholas later sees in his diary, then he writes, then everything comes true.

In particular, in 2020, the coronavirus came true, which Nicholas called “the flu that will stop the world” and the riots in the United States came true, the essence of which Nicholas did not see, but said that there would be dark-skinned people to fight against fascism. At the end of 2020, according to him, the Third World War will have to begin (the prophecies were made in 2018!), But now, Nicholas has again been hit with a new vision and talking about 2021.

According to Nicholas, the world governments will be able to cope with the coronavirus by next spring and the topic will gradually begin to fade, but at that moment a new virus will appear, which will be much worse than the previous one and the panic will be terrible.

Something like the “great migration of peoples” will begin – Nicholas saw how airports and train stations storm the crowds with suitcases. Some huge hospital will catch fire, but here Nicholas specifies – this may be a symbolic indication of the collapse of world health due to a new virus. But where it will burn for sure – this is in New York, in the visions of Nicholas the whole city was on fire. There will be some kind of world summit, torn apart by some kind of sex scandal, after which ultra-right politicians will begin to come to power all over the world – especially in southern Europe, the Middle East and Africa.

There will be an eruption of some huge volcano, leading to unimaginable climatic changes and which, obviously, will just cause riots that will last another three years and migration. Some kind of death of the world’s political, football and other stars will begin.

Someone will have a “broken heart”, someone will devour pills just to speed up – and so on. But most of all the people will remember Meghan Markle, who will appear on TV and begin to read all the terrible secrets of the royal family.

There will also be an attempt on the life of some famous world leader. Nicholas did not name the politician, specifying only that this leader is a man and that an attempt to kill him would literally blow up the whole world.

We do not know how right this Nicholas is in his predictions, but we noticed that the British press calls him “outrageous”.