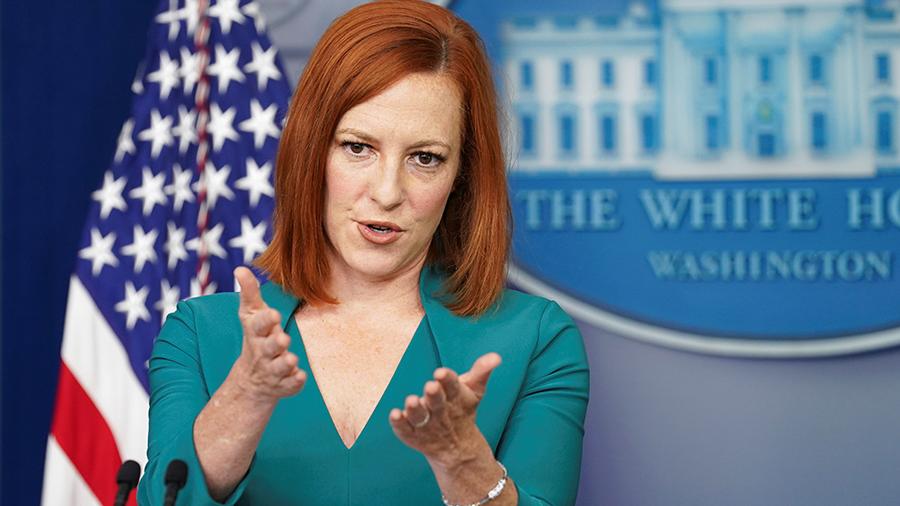 US authorities take reports of unidentified flying objects (UFOs) into the country’s airspace very seriously and are investigating every such incident, White House spokeswoman Jen Psaki said on May 25.

“We are very serious about reports of any aircraft entering our airspace, both identified and unidentified, and we are investigating each of them,” she told reporters at a briefing, a transcript of which was posted on the White House website.

The press secretary was also asked about the readiness of the US authorities to fully publish the report on the alleged UFOs, which is currently being prepared by the office of the Director of National Intelligence in conjunction with the Pentagon.

In response, Psaki emphasized that US President Joe Biden supports the preparation of this document, but how much it will be published will be decided in the office of the Director of National Intelligence.

The compilation of this report, which should reflect everything that the US authorities know about unidentified flying objects, was provided for by the budget adopted at the end of December last year for fiscal year 2021 totaling up to $ 2.3 trillion. The bill was prepared during the administration of former President Donald Trump, and along with a package of economic stimulus measures, it also contained such an unusual requirement.

She added that the US authorities “for a number of reasons do not discuss publicly” the threat that the alleged UFOs may pose.

Earlier, former US President Barack Obama on the air of the CBS television channel confirmed that the US authorities had photographs of aerial phenomena, the nature of which, according to him, still remains unknown. However, he rejected allegations that the country’s government “keeps aliens and [their] ships” in some secret laboratory.

At the end of 2017, it became known that the Pentagon had previously operated a classified program for collecting and analyzing data on “anomalous aerospace threats.” In 2007-2012, it was allocated $ 22 million. At first, the intelligence department of the US Department of Defense was responsible for the program.

The program was directed by Luis Elisondo, a career US military intelligence officer, who resigned in 2017. According to him, the reason for such a step was not enough serious attitude to his work on the part of the Pentagon leadership.

After information about the existence of the program appeared in the media, the US military released a series of videos that captured the contacts of US military pilots with suspected UFOs. In turn, the apparatus of the Congress stated that the implementation of the program did not bring any sensational data.

In this article:Jennifer Psaki, White House