It sounds like the Satanic incantations hidden in the fadeout of Beatles album. io9 writes:

Linguists have recently reconstructed what a 6,000 year-old-language called Proto-Indo-European might have sounded like. This language was the forerunner of many European and Asian languages, and now you can listen to how it may have sounded.

Proto-Indo-European (PIE) was spoken by a people who lived from roughly 4500 to 2500 B.C. The question became, what did PIE sound like? As linguists have continued to discover more about PIE, this sonic experiment is periodically updated to reflect the most current understanding of how this extinct language would have sounded when spoken some six thousand years ago. Since there is considerable disagreement among scholars, no one version can be considered definitive. 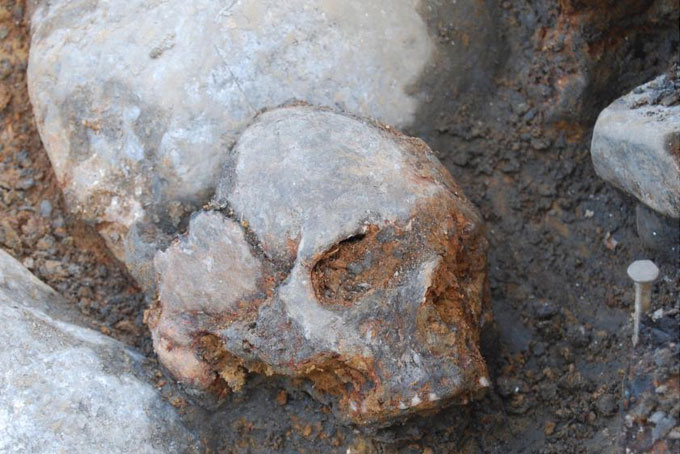