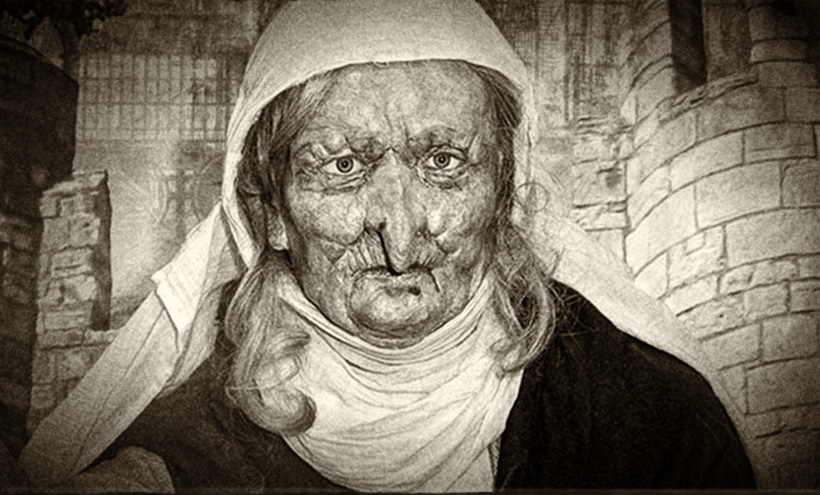 Many people, to one degree or another, are aware of the prophecies of Ursula Southail – she is also a “Yorkshire witch” as well as “Mother Shipton”. According to legend, this woman lived in Knaresborough, in the county of Yorkshire in the XV-XVI centuries. She was born in 1488, leaving behind a number of prophecies. The reliability of this biographical information is doubtful, but it is known for sure that the text of “Mother Shipton Prophecies” is at least two hundred years old. Hence, no matter who and when this text was written, it should deserve attention if coincidences with the events of the 20th century can be traced there. And there are, of course, a lot of such coincidences:

Carriages will ride without horses
And disasters will fill the world with grief
Iron will float in water,
As easy as wooden ships.
People will build houses of glass,
They will be in England.
In those wonderful distant days
Women will dress like men and wear trousers.
They will cut their hair and ride on iron
Just like the witches do it now on a broomstick.
But alas – after this comes the war
She will be where the heathen and the Turks live. In Islam and Judaism, Azrael is identical to Satan, and in the Christian Apocalypse it is called the “Angel of Anger”, tormenting sinners after the Last Judgment. He has the same name in the main sacred text of the Sikhs, “Guru Granth Sahib.” Ursula Southail, who lived in the 15th century, could not know all this. Moreover, she did not hear anything about Mr. Erdogan, who pulled all Turkish armored vehicles to Idlib. And here, there are such strange coincidences that do not end further:

And yellow people get more power
From the mighty bear with whom they lay.
But these mighty tyrants can’t do anything
They will not be able to divide the world into two parts.
For danger arises from their actions –
A terrible fever, leaving many dead.
And doctors won’t find a cure
For the disease will be worse than leprosy.

Actually, sooner or later, China would encounter biological weapons, but the fact that it would break out of their control as if by itself, is interesting. In addition, the connection of all this with the bear is not very clear. The transfer to China of technologies over which engineers in the USSR have been hunchbacked for generations is a well-known topic, but it seems that not only iron went to China.

With the onset of the coronavirus epidemic in China, to date, researchers have already found dozens of references to Covid-19 either in prophecies, or in films, or in computer modeling of future scenarios or even in documents from the Club of Rome from 1972: All this found is also very interesting and very wonderful, but – this is absolutely not the main thing. The main thing is that in the prophecies of Ursula Southail, “yellow fever” will only be a sign of the imminent onset of the following:

When moving pictures seem alive
When boats like fish swim under the sea,
When people, like birds, will cut through the sky
Then half of the world, drenched in blood, will die.
Those who survive the century
Will be in awe and awe
Many will flee to the mountains, to the forests and hide in the swamps
Slowly they will die out
Searching for diminishing streams of water
Many will die of thirst earlier
Than the oceans rise to the shore.
Fire dragon cross the sky
Six times before this earth dies
Humanity will tremble and be scared
Until the sixth herald in this prophecy.
Seven days and seven nights
A person will watch this amazing sight.
The tides will rise beyond
The shores will begin to crumble
Mountains will roar
And earthquakes will split the plains.
And floods of water rushing
Flood all the lands with a roar
Having buried humanity in a dirty swamp
And a man will roar at his brethren.
He will bare his teeth, he will fight and kill
Fighting for food supplies
Hidden in secret hills
Not every soul on earth will die.
As the tail of the Dragons passes by.
Not every earth on the planet will sink
But plants, bodies of people and animals
Will roll around
They will rot, crunch under your feet and stink.

All this is very reminiscent of the Third World War against the backdrop of the passage of Nibiru, the pole shift or some other similar cataclysm and of course the “fever among yellow people” in Wuhan. Lets see how it will all turn out…