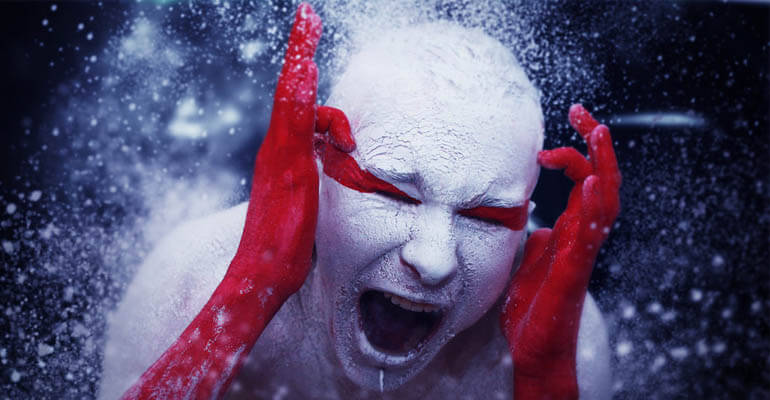 Many people want to know the incredible prophecies for 2020, and most of them are curious about the possible events that can happen in the world; which usually relate to natural catastrophes, negative social, political and / or religious events, which seers have predicted since ancient times, some have been right and others have only made assumptions that have never been fulfilled. 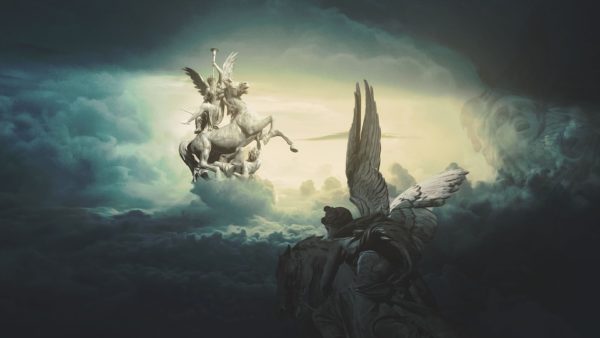 But, our goal is to state some of the prophecies for 2020, which have been made by famous seers like Nostradamus; who made predictions such as the great fire of London, the arrival of the French Revolution, the rise to power of Napoleon Bonaparte, the development of World War I, Hitler’s arrival in power in Germany and his role in World War II, as well as the nuclear destruction of Hiroshima and Nagasaki, which happened as we all know, and for which this character has gained worldwide fame many centuries after his death.

Nostradamus is synonymous with prediction of the future. His real name was Michel de Nôtre-Dame, and of the many successes he had both as a doctor and an astrologer, he is famous for his book“Les Propheties”. Published in 1555. It is a collection of several hundred quatrains. Quatrains are essentially short poems, consisting of four lines, and have been used since ancient times to tell stories or convey a message of one kind or another. In the case of Nostradamus, he apparently intended us to be aware of his predictions about the future and chose to do so in quatrains. Therefore, his book is considered by many as a guide for humanity. Most experts who have seriously studied their quatrains agree that they are difficult to decipher in terms of what Nostradamus was trying to convey.

However, many are convinced that the French seer predicted many global events that have happened since his book was first published in 1555. Some claim that his prophecies predicted the rise of Hitler , the attacks of September 11 2001 in the United States, the French Revolution, the atomic bombs that were dropped during World War II, the Great Fire of London, etc. So, every time someone makes an extended prediction of the future, we can quickly invoke the legend of Nostradamus as an indicator of being a seer. That said, the question is: what did Nostradamus predict for 2020?

Craig Hamilton-Parker is a British psychic known for predicting world events such as a series of terrorist attacks, an international economic recession, the unlikely victory of Donald Trump and Brexit, and is also an expert on the prophecies of Nostradamus. Craig is convinced that the French seer predicted the arrival of a president not so agreed upon for the United States in one of his books. But he also announced that this same president would be killed between 2019 and 2020.

The British psychic states that Nostradamus’ predictions warn of second chances, but that the president would not be very lucky in his own. First there will be an assassination attempt that will not succeed, so the US president would have the opportunity to be re-elected in 2020. After the re-election, Trump will be killed.Many of the predictions of Nostradamus for 2020 are about the US president and the US. Craig says that in the book “Les Propheties” a truce with Russia is also predicted and that Trump would sign a treaty with Vladimir Putin . It would be very similar to the pact with Kim Jong-un and North Korea. 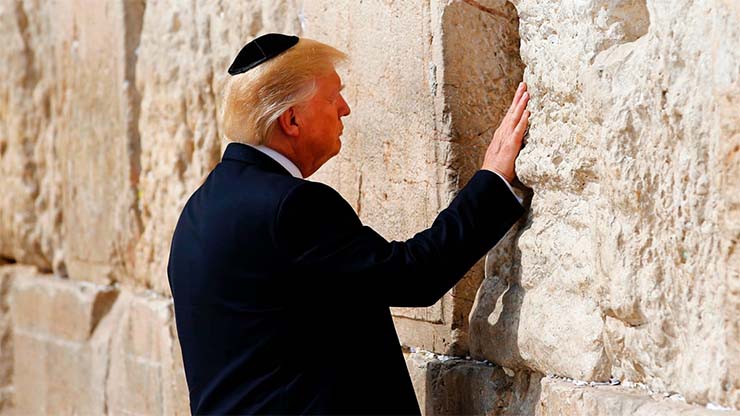 The popular British psychic continues to say that there are some predictions for the Middle East, but they are not so clear. His interpretation suggests a war in this part of the world in 2020, and people experience the beginning of this war on the final days of 2019.

“In the city of God, there will be great thunder. Two brothers shattered by Chaos while the fortress endures. The great leader will succumb The Third Great War will begin when the great city is burning.”

The other prophecies for 2020

Apart from the interpretations made by the British psychic Craig Hamilton-Parker, there are also other experts in prophecies who have determined some more predictions of Nostradamus by 2020. Supposedly, the French seer predicted that a great earthquake would shake the American continent at some point in the year 2020. In the“New World,” the greatest geological catastrophe is likely to occur in the “Western Lands . ” Nostradamus also predicted how 2020 would be marked by a major economic crisis: Bankruptcy, recession and dark times for the global economy.

Another prediction that could be fulfilled within a few months is a sharp rise in sea levels. It is a fact that climate change is a big problem in the world right now. However, experts in the field say that Nostradamus predicted hundreds of years ago how the global sea levels would change the world in 2020. The French seer noted in his quatrains how parts of what we know today as Antarctica will melt causing the global increase of sea levels by several meters.

Apparently, global warming will feel much stronger in 2020. It is assumed that Nostradamus predicted that a catastrophic storm will be recorded next year. Many of these storms will become catastrophic hurricanes.

Some of the most shocking phrases of Nostradamus are the following: “the living will be envious of the dead for the terrible things they will have to see.” And his prophecies for 2020 are not very hopeful, since he predicts a war in the Middle East, and the deepening of the economic crisis worldwide.

Due to their fulfilled prophecies, experts on the subject give much credit to the writings of Nostradamus. And remember that by 2019, the French seer did not have very good news for humanity. And worst of all, many other prophecies have coincided with that of Nostradamus.

“And to an eclipse of the Sun will happen the darkest summer that ever existed, so that they will judge the Earth out of orbit and decrease in eternal darkness. When the sun is completely eclipsed, a new heavenly body will pass in our sky. The monster will be seen in broad daylight. Astronomers will interpret the effects of this body in a different way, so no one will have provisions in the face of hardship. ” 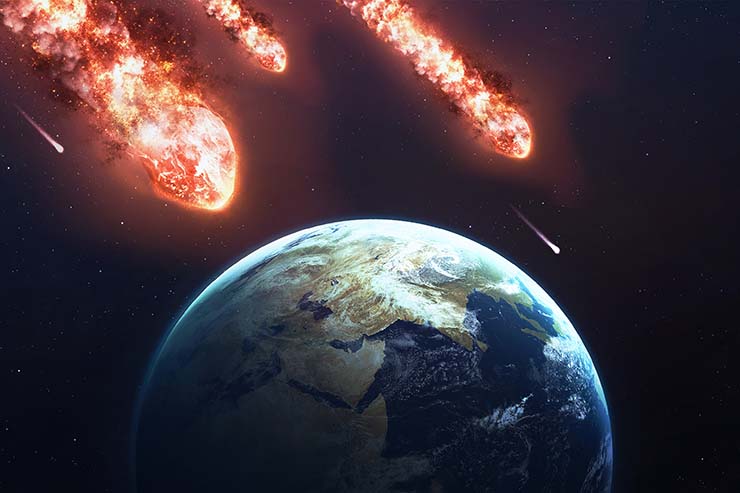 Many of you will think that there is little less left in the month to end this year, and that this prophecy has not been fulfilled. The independent writer and researcher David S. Montaigne assured that the Mayan apocalypse was not interpreted correctly in 2012, and that the real day of the final judgment will be in the last days of 2019 . According to Montaigne, the 2012 apocalypse, based on the Mayan calendar, was only the beginning of a seven-year tribulation period, and this year marks the end of this period of time.

The researcher argues that the true apocalypse will begin on December 21, 2019, exactly seven years after the Mayan calendar predicted the inevitable day of the final judgment. But there is more, since on December 28, seven days after December 21, there will be a pole shift on Earth that will trigger natural disasters across the planet. It may seem absurd to imagine it, but it could be the great impact of an asteroid causing this pole shift. Such action would cause earthquakes, tsunamis and all kinds of natural disasters, on a scale never seen before. 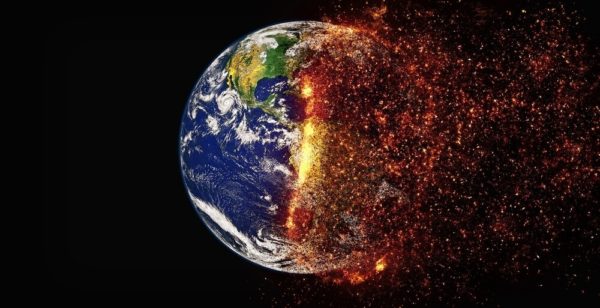 Another seer, perhaps less known, is Ingersoll Lockwood, an American lawyer and writer who died in 1918; who wrote children’s books, which are believed to contain prophecies that are believed to be occurring today. One of them, “Baron Trump and his wonderful underground journey,” published in 1893, which chronicles the adventures of Wilhem, a rich young man named Trump who lives at Trump Castle in New York, so it is considered to exist a very precise coincidence between the characteristics of Barron William Trump, with the youngest son of Donald Trump.

This writer published in 1896 another book entitled “The Last President”, where he says that “the mobs of people will plunder and strip the houses of the rich who have mistreated and oppressed them for many years. And a strange fact, the date in the book, Tuesday, November 3, corresponds to the year 2020, the day of the US presidential election. “That was a terrible night for the great city of New York; the night of Tuesday, November 3, 1896, ”reads the book. 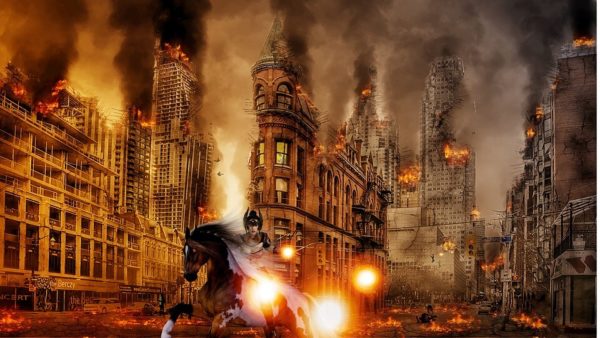 Finally, we have the seer and astrologer of the twentieth century, Jeane Dixon, who predicted that the end of the world would be next year; undoubtedly one of the prophecies for 2020 that nobody wants to be fulfilled.

What should we do now?

We must remember that “prophecy” has a different meaning than “destiny . ” Seers tell their prophecies to warn that something is about to happen. They serve as a warning and inspiration for humanity to make decisions in order to avoid such events. Let’s think positively and hope that experts can apply actions that avoid this event. Nothing has been decided yet. 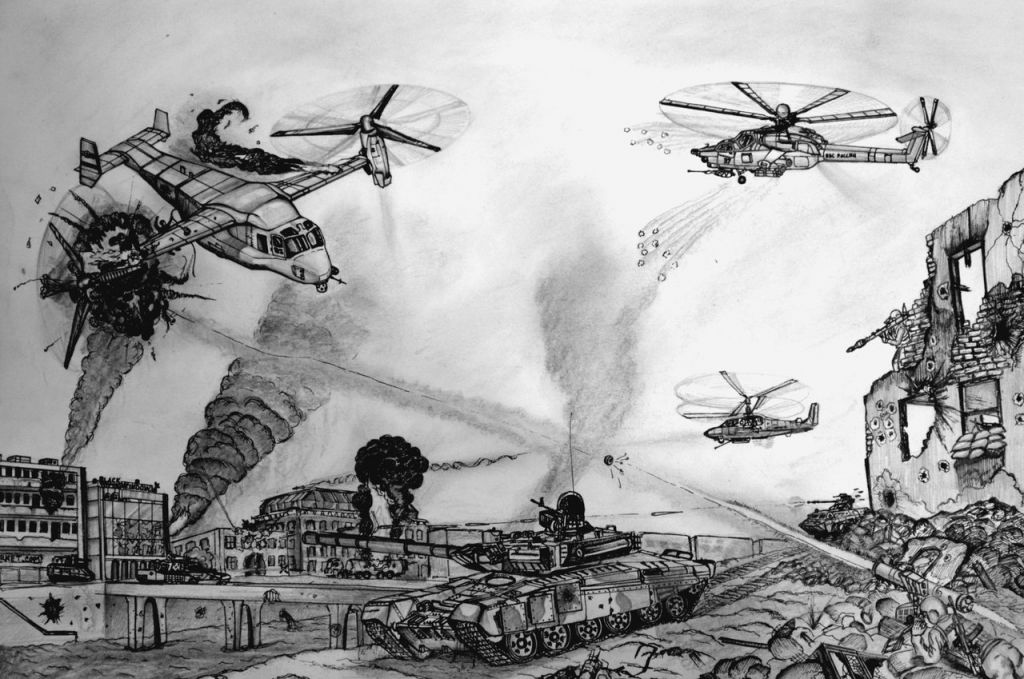