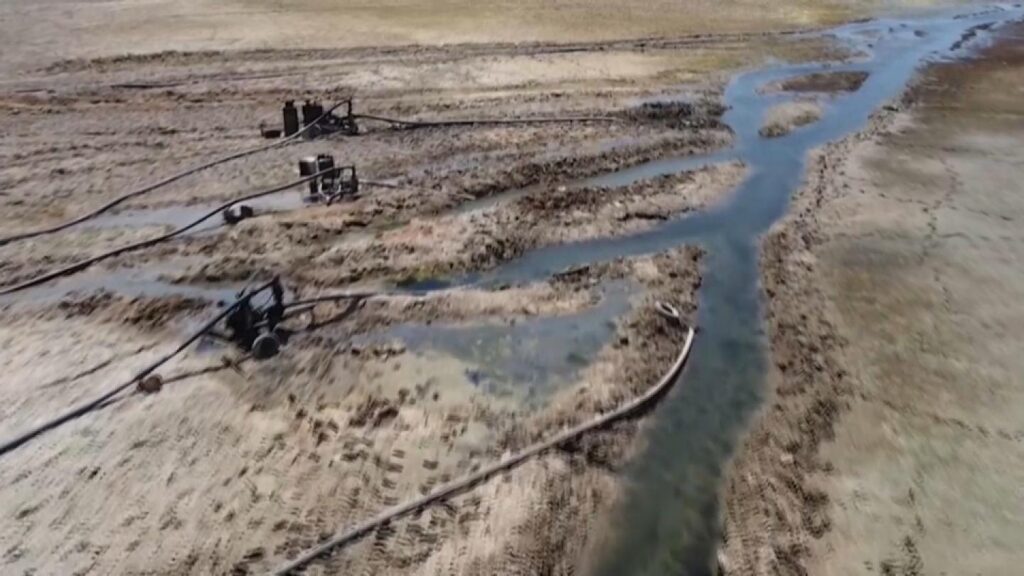 The situation in the world currently is really turbulent: there are a lot of smoldering conflicts, any of them can flare up with great force, putting the world on the brink of World War III war. However, much more important are the miracles with the climate, which many American pastors are now paying attention to. The photos below show the great Euphrates River, or rather what remains of it as of September 2021.

The third world war could start “at any time” because of the actions of the United States and Taiwan, according to the Chinese newspaper Global Times.

The article emphasizes that the PRC has sent more than 30 aircraft of its air forces to the airspace of the island state.

According to experts, as the tension in the region grew, the situation practically lost “any room for maneuver, balancing on the brink of confrontation.”

It is also argued that the people of China are ready to support a full-scale military conflict with the Americans. At the same time, the author of the article advised Taipei to refrain from “playing with fire.”

A new report indicates the U.S. has secretly stationed forces on Taiwan in an attempt to bolster the island nation’s defenses against the increasing likelihood of an attack from the mainland.

Hu Xijin, the editor in chief of China’s English language Global Times,
considered a mouthpiece of the Chinese Communist Party, wrote in a tweet accompanying the Journal’s article. He added of China’s military, “See whether the PLA will launch a targeted airstrike to eliminate those US invaders!” China has previously indicated it would retaliate swiftly and immediately to any indication the U.S. had deployed military forces to Taiwan.

China is the East and the supreme leaders rule there like kings. The dragon is also a symbol of China. Where is the biggest friction in the world now? The biggest problem in the world right now is the South China Sea. And then it so happened that the Euphrates dried up.

In general, as Steve Fletcher thinks, as well as other pastors and some rabbis, another apocalyptic prophecy has come true and the world has clearly entered the End Times.

In what order everything will unfold and how quickly – that we do not know, but we know for sure that the next stop is Armageddon.

In this article:China, Euphrates River