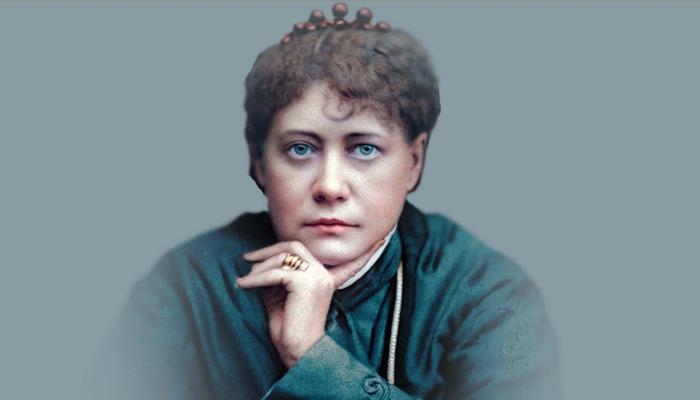 The works of Helena Blavatsky, a religious philosopher who had the talent of a seer, are still of great interest to readers who love mysticism.

The seer predicted in her books many scientific discoveries made later. She also wrote about ultrasound, DNA, photons and many other things.

For example, it was Blavatsky who was the first to describe the structure of the Universe, calling it an unknowable pulsating Essence. Subsequently, the brilliant physicist Stephen Hawking made the discovery that it constantly pulsates, contracts and expands.

However, some of the prophecies of the seer have not yet come true.

In 1888, her book ‘The Secret Doctrine‘ was published, in which Blavatsky predicted certain events in the distant future. For example, she predicted that over time, a person will be taller, but less material.

Also, in her work “Isis Unveiled”, she wrote about the civilization of Atlantis, noting that the ancient gods went under the water. She also predicted that western Europe and Great Britain would soon be underwater.

Blavatsky also wrote that a new race would be born, which will have the same appearance, but become more spiritual.

The seer also wrote about climatic changes, and also argued that instead of the end of the world, there would be a significant shift of the poles. She also claimed that thought is material and wrote about the miracles described by the Indian guru Sai Baba.

In addition, she predicted that soon scientific experts will be able to prove the existence of an intangible world, explain anomalous phenomena and will no longer consider the theory of the existence of the current laws that govern the universe to be correct.

She publicly questioned the theories of Newton himself, in particular, the force of gravity.

She also talked about the existence of aliens and argued that soon scientific advances will be such that this will allow us to communicate with them. According to the description, aliens are able to come to our world via parallel worlds.

According to Blavatsky, she managed to get knowledge of the existence of this world from a secret brotherhood. Its members have kept ancient manuscripts about the secrets of the universe since the time of Emperor Akbar in India.

A widespread religion of the prehistoric and ancient world, ‘The Secret Doctrine‘ was the most widespread religion. Evidence of its prevalence is to this day in libraries and secret sanctuaries that belong to the Occult Brotherhood, Blavatsky argued in her book.

In this article:Helena Blavatsky, Secret Doctrine