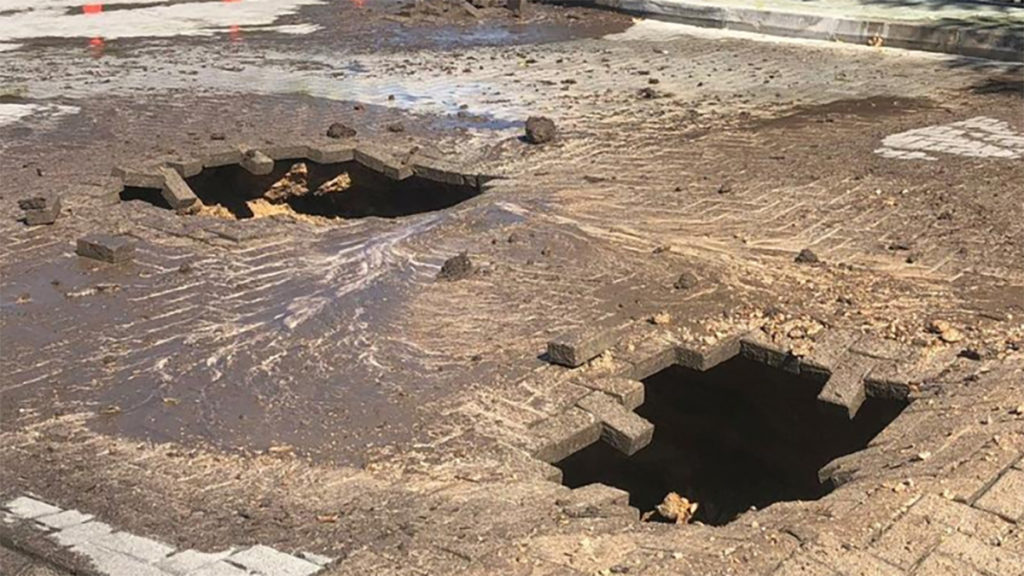 Late in the evening on January 28, at 19:10:25 UTC, an earthquake in the Caribbean strked with a 7.7 magnitude. The epicenter was located in a triangle between Cuba, Jamaica and the Cayman Islands at a depth of 10 km. Tremors were felt on all adjacent islands.

People from high-rise buildings were evacuated:

Very strange dips in the earth:

As you can see from these tweets, there are at least three reports of ground failures. If there are many such messages and everything is confirmed, this will be a very bad sign for the islands.

Since the epicenter is at the sea, a tsunami is expected. So far, waves of not more than 50 cm are reported:

Lost communication with one of the buoys in the epicenter area. Perhaps a technical malfunction, perhaps a very large wave. The trigger for the earthquake most likely was yesterday’s gamma-ray burst:

In this article:Caribbeans, Jamaica earthquake