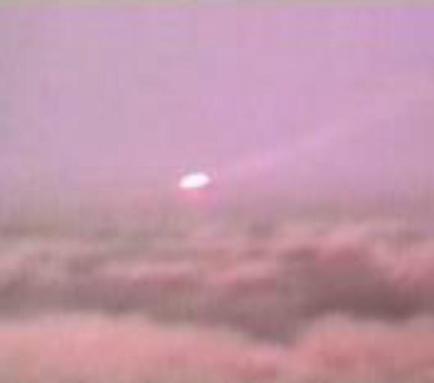 UFO sightings are on the rise these days, especially where I live, in Canada. A recent report released by CBC news examined documents obtained from the Canadian government. Various federal agencies, like Transport Canada, the RCMP and the Department of National Defense admit that they used to track and investigate UFO sightings (1).  They are leaving it up to civilians to speculate what they are seeing in the skies as they claim not be investigating the phenomenon anymore.

Dozens of governments worldwide have admitted to having programs that study the UFO phenomenon. Canada can now be added to that list, but the Canadian UFO program seems to go beyond just tracking of UFOs. A statement given by Paul Hellyer, former Canadian Minister of National Defense, lends belief to the idea that this phenomenon goes much deeper, and is buried in a large pile of secrecy. This is a statement given the man who was responsible  combining the Air Force, Navy, and Army into today’s Canadian Forces.

Decades ago, visitors from other planets warned us about the direction we were heading and offered to help. Instead, some of us interpreted their visits as a threat, and decided to shoot first and ask questions after. It is ironic that the U.S. is fighting monstrously expensive wars to allegedly bring democracy to those countries, when they themselves can no longer claim to be called a democracy when trillions of dollars have been spent on projects which both congress and the commander in chief no nothing about. (2)

The UFO phenomenon goes beyond Canada. Here is a document from the National Security Agency that clearly shows they are also interested in tracking UFOs, and have done so multiple times. Apart from that, we have thousands upon thousands of previously classified documents in the public domain, as well as shocking statements and witness testimonies from high ranking military and political personnel. The UFO question has never received so much attention, and it’s becoming clear that the secrecy behind the subject is beginning to crumble. The jig is up, we know something is going on.

There is abundant evidence that we are being contacted, that civilizations have been visiting us for a very long time. That these visitors use the technologies of consciousness, they use toroid’s, they use co-rotating magnetic disks for their propulsion systems, and how they can manipulate space and time locally so they can have their own anti-gravity propulsion, their own field of energy that’s isolated (3) – Brian O’leary, Former NASA Astronaut and Princeton Physics Professor

I’ve provided a very brief introduction to the UFO phenomenon and everything that goes along with it. For more information, you can visit our exopolitics section under our alternative news tab.

This article is not meant to be a ‘proof’ for the UFO and extraterrestrial phenomenon. Just presenting a very brief taste of what’s out in the public domain.

This is some very interesting footage, some of the most fascinating UFO footage ever caught on camera. It’s not hard to find fairly reliable footage of UFOs these days. They are everywhere, people capture them on a daily basis and post them all over the web. That doesn’t mean  hoaxes are not prevalent. Whenever you are viewing footage of a UFO, it’s always best to exercise   discernment. If you’ve ever had personal experience with UFOs, it will be easier for you to discern between what is real and what isn’t.

The footage below is pretty popular within the ‘UFO community.’ It is difficult to find any information on it. Apparently, the video was first shown at a UFO conference in 1997, but as far as that there is no other information I can find other than the fact that it was filmed in White Sands, New Mexico. So if you have more information on it, please feel free to share it in the comment section.

White Sands is a hot spot for UFO activity and also has a very strong military presence. It is home to one of the largest military installations in the United States, the White Sands Missile Range. UFOs have a long history of interaction with military agencies all over the world, they’ve even been known to deactivate nuclear missiles.

The video shows the UFO making contact with the ground, skipping back up into the air before coming back down and crashing into pieces. When I say UFO, I mean unidentified flying object. It could be anything, from alien spacecraft, experimental military craft to a failed missile test.

To me, it looks like a spinning disk covered in an extremely hot, lava like substance. That would correlate to some testimony by military personnel with their experience with objects of unknown origin. I believe this object, whatever it may be, is being tested by the U.S government. I’ll leave it up to you to decide!

Whatever it is, it’s most likely part of the Black Budget that Edward Snowden shed some light on not long ago.