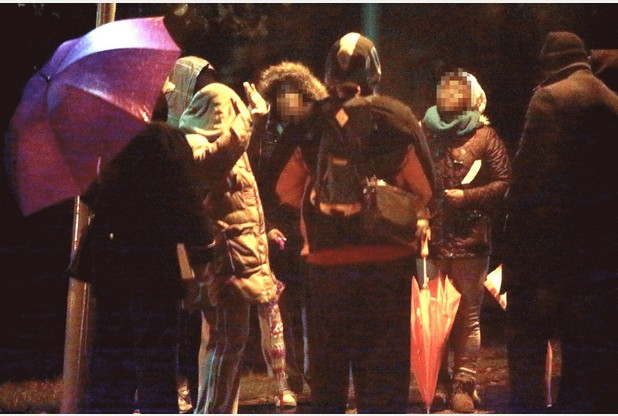 APPARENT “exorcisms” of children have been taking place in the early hours of the morning on a street corner in South Norwood.

The Advertiser witnessed a group of eight people congregating at 5.25am on Tuesday (September 23) and chanting in a group around a toddler behind South Norwood Leisure Centre.

Some of the incidents involve children, but it is not known whether it is the same child in all the alleged ‘exorcisms’.

Members of the group were heard to say “release your spirit” and “get the demon out” – which has alerted the council and police to monitor what is feared may be an exorcism.

The child stood in the middle of the group appearing not to move while the leader – a woman – repeatedly shouted “in the name of Jesus”.

The worshippers spent about 20 minutes chanting very loudly, before abruptly breaking off and driving away at around 5.45am.

When the Advertiser returned on Wednesday, the group started an hour earlier but at exactly the same spot by the streetlight.

A woman who lives in Enmore Road had contacted the Advertiser about the strange goings-on and complained about being woken up by the noise.

A number of other residents getting up to go to work walked past without taking much notice, including one man who said: “It’s just some sort of church stuff.”

On Thursday morning police attended the scene and spoke to those involved warning them of the potential impact their activities could have on the area.

The council is monitoring the situation. A spokesman said: “When we became aware of this issue we quickly referred it to the police. We’ve also discussed the situation with local residents to gain as much information as possible. If anyone witnesses any further gatherings they should contact the police directly.”

Legal experts told the Advertiser the group are not partaking in illegal activity.

The group was heard to sing “Lord, don’t let me go!” and recite the Lord’s Prayer, while the apparent leader shouted “We should have married you, Jesus!”.

A police spokesman said: “We received a call about this issue earlier in month, although we have had no further calls since and no allegations of crime have been made at this stage. Officers have made local enquiries following the initial report, but have not identified any individuals involved at this time.

“We are continuing with our enquiries to try and establish the identity of the child allegedly involved to ensure that there is no risk to their welfare. We would encourage anyone to contact police immediately by calling 999 if they witness any such activity – especially if they have concerns over the welfare of a child.”

In this article:excorcism, South Norwood, UK