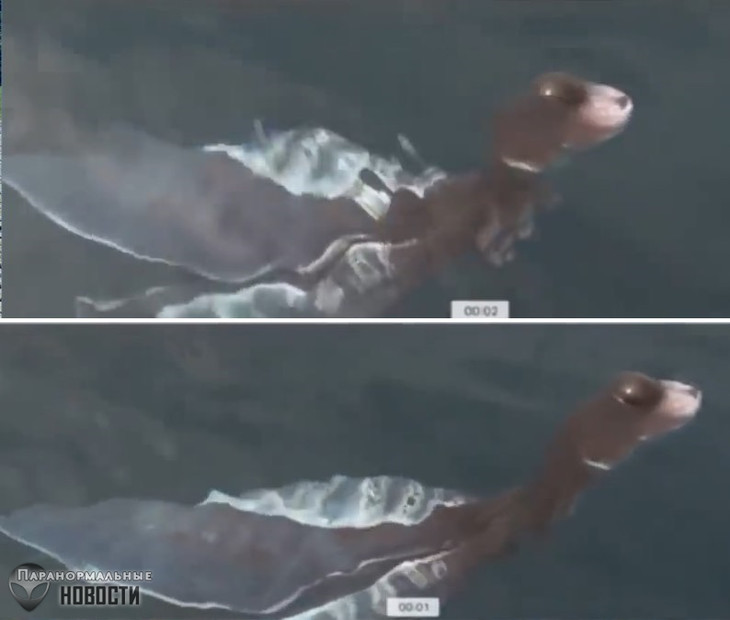 A few days ago a video appeared on the Internet with a very unusual creature (see below), filmed somewhere off the coast of Thailand and was looking very similar to Plesiosaurus.

People watched the creature literally for several seconds, while the boat sailed past him.

The animal stayed on the surface of the water, sticking out of the water a small brown head on a long neck.

The creature is small in appearance and at first, glance looks like a sea turtle. However, in slow motion, it becomes clear that not a single turtle has such a head with huge eyes and such a long neck.

Also, the body shape of the creature, although it is as streamlined as the body of a sea turtle, is not at all like a shell.

There is still no detailed information about the video posted on the network, it is not known, when it was shot, or in any particular place.

The opinions of users were divided into those who consider the video a fake (and the creature in the water is a mechanical doll), those who think that it was some kind of unknown sea turtle (or mutant tortoise), and those who believe that the creature is The video is very similar to a small ancient marine dinosaur, most likely a plesiosaur. It is possible that this is his cub.

“It looks like a turtle with a seal head and long fins. Without a clue what it is,” comments one user.

“But it seemed to me like an elongated body of an octopus,” someone else wrote.