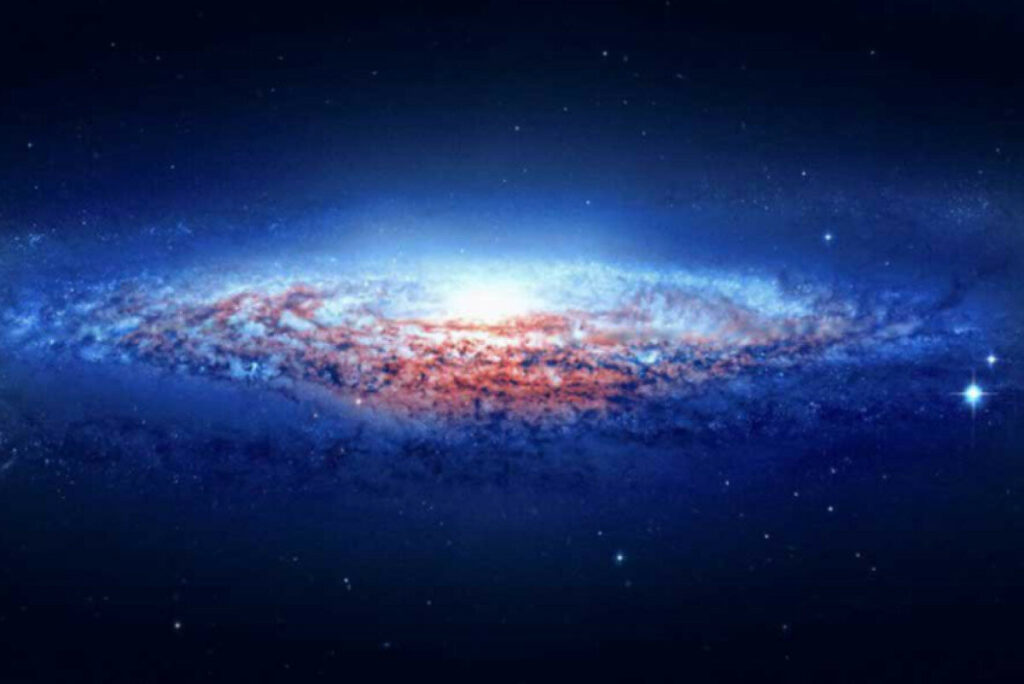 An international team of physicists and cosmologists led by Professor Martin S. Slot from the University of Southern Denmark (SDU) has put forward a hypothesis suggesting the existence of a new type of dark energy unknown to science.

The study is published in the journal Physical Review and is briefly covered by Phys.org. A popular theory is that the universe was created by a giant explosion. The so-called Big Bang is believed to have occurred about 13.8 billion years ago.

Immediately after its formation, the Universe began to expand, and this process continues to this day. Scientists say the universe is stretching in all directions, which can be compared to inflating a balloon.

At the same time, everything is in order with the measurement methods, they are beyond doubt. Why, then, do the calculations, which should have given the same results, do not give such results?

The new hypothesis offers a possible explanation. Its authors believe that something is happening in the Universe that astrophysicists have not yet discovered and did not take into account when carrying out their calculations.

For example, Martin S. Slot and his colleagues suggest the existence of a new type of dark energy in the universe. In their opinion, if physicists include this energy in their calculations of the expansion rate of the Universe, then their results will be very close to each other.

“Recognizing the existence of a new type of dark energy can solve the problem of conflicting calculations,” Martin S. Slot says.

The professor recalls that physicists base their calculations on the assumption that the universe consists of dark energy, dark matter and ordinary matter. Until recently, all types of observations corresponded to this model of the composition of matter and energy of the Universe.

However, in recent years, numerous data have been obtained, which have cast doubt on the popular theory. Conflicting results began to emerge precisely after physicists began to rely on the latest measurements of supernovae and cosmic microwave background radiation.

To date, two calculation methods are considered the most reliable, none of which was recognized as erroneous. However, they invariably, even when using more and more new data, lead to different results when calculating the expansion rate.

“In our model, we assume that if a new type of additional dark energy existed in the early universe, this could explain both background radiation and supernova measurements simultaneously and without contradictions,” Slot says. “We believe that in the early universe dark energy existed in a different phase. You can compare this with cooling water. When water cools, it undergoes a phase transition to ice with a lower density.”

Similarly, dark energy in the model proposed by the researchers undergoes a transition to a new phase with a lower energy density, thereby changing the influence of dark energy on the expansion of the Universe.

“This is a transition in which a lot of new phase bubbles suddenly appear,” explains Slot. “When these bubbles expand and collide, the phase transition is complete. On a cosmic scale, this is a very violent quantum mechanical process.”

Today, scientists only know about 20 percent of the matter that makes up the universe. This is the matter from which everything that we can see is made of, planets and galaxies, for example, as well as ourselves.

But the Universe also consists of dark matter, which no one has ever seen and the existence of which has so far been confirmed only theoretically.

In addition, there is dark energy in the universe. It is exists, according to scientists, that causes the universe to expand and is approximately 70 percent of the density of the universe.

In this article:dark energy, universe