Interesting information, including photographs of UFO debris collected after its crash in Canada, was found among declassified documents.

While the US has officially denied that any UFO crashes have ever occurred on their land, Canada has already revealed several previously top secret documents.

Thanks to their declassification, we have three different reports on the crash of a UFO, including two that describe the debris collected at the crash site of a UFO.

One file even shows that the U.S. Air Force wanted access to the wreckage in Canada, which is not surprising given the deep ties of both countries to UFO investigations and reporting procedures known as CIRVIS.

The UFO debris shown in the photo above, especially by its unusual surface shape, it can be assumed that technology was used to create electromagnetic fields that dynamically compress or expand space-time locally around the aircraft, probably no more than a few millimeters or even less than that .

If you want to understand why these objects are compressed or expand on all sides or are modified, you can give the example of the concept of “Lorentz contraction” and controlled gravitational lensing – the closest explanation that is currently clear.

The Lorentz contraction, also called the relativistic contraction of the length of a moving body or scale, is the effect predicted by relativistic kinematics, which means that from the point of view of the observer, objects moving relative to him have a shorter length (linear dimensions in the direction of motion) than their own length.

Gravity lenses can significantly distort the image of a background object.

In this article:Canada, UFO crashes 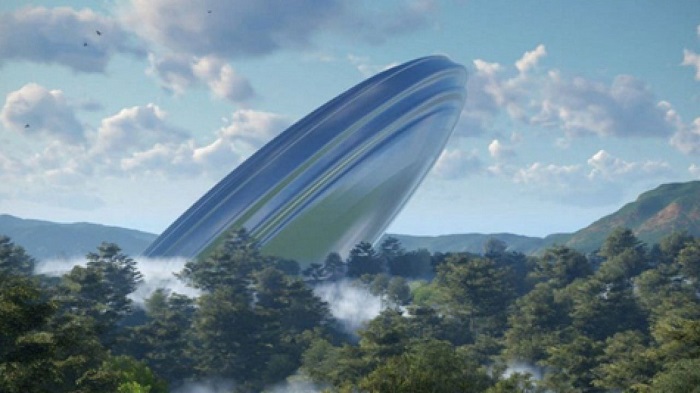