A commercial satellite discovered an aircraft in “Area 51” that almost completely matches the description of the sixth-generation NGAD (Next Generation Air Dominance) US fighter. According to The Drive, there was no activity near the base for a long time. But recently, movement was detected around one of the hangars. On the satellite images taken, they found an unusual craft with a delta-shaped wing.

The massive hangar, located in a remote part of Area 51, was hardly used for many years. Only a few vehicles could be seen nearby. In addition, there was practically no infrastructure around.

New satellite imagery shows not only increased activity around the hangar, but also something very curious not far from it, namely, a never-before-seen “exotic” aircraft with triangular shape and relatively good size. It is inside a temporary shelter without a roof. This allows you to get a general idea about it.

“The aircraft in question is approximately 65 feet long and 50 feet wide – about the size of a Su-27 – and has Concorde-like wings with a curved leading edge. Overall, the wings have a smooth, almost organic look. The aircraft does not have a noticeable tail. The forward fuselage tapers into what is most likely a pointed nose. What that might be, we don’t know, but the size and shape are broadly similar to the submitted 6th generation fighter concepts we’ve seen for both the US Air Force and the Navy, which are portrayed as heavy, tailless, stealthy tactical jets with a delta wing”, – “The Drive” reports.

It is difficult to say what exactly is in front of us, but the size and shape are generally similar to the concepts of the sixth generation American fighter, which is being created under the Next Generation Air Dominance (NGAD) program.

We are talking about an optionally manned or unmanned platform, which should be inconspicuous and have a large combat radius.

The problem is that we still do not know exactly how the plane should look and whether the concepts posted on the Web can be trusted.

Information has already appeared that the United States is working on a full-scale demonstration model of the sixth generation fighter under the Next Generation Air Dominance program. Whether it is in the hangar at the Area-51 base is unknown.

The development of a sixth-generation fighter is not surprising anyone. In Europe, for example, they are working on two such programs at once – Future Combat Air System (FCAS) and Tempest. Moreover, the Europeans, unlike the Americans, have already shown the world models of their craft and named their main features.

European fighters of the sixth generation can be adopted by about 2035-2040. Most likely, new American aircraft will be put into operation at the same time.

Advertisement. Scroll to continue reading.
In this article:Area-51, secret aircraft 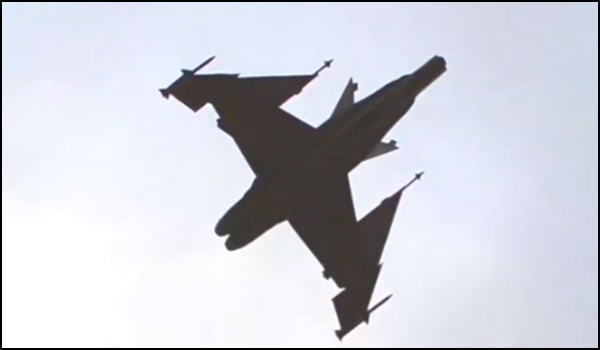 A possible secret aircraft was filmed over Area 51 in Nevada and looks more like something out of a Batman movie. The image here...