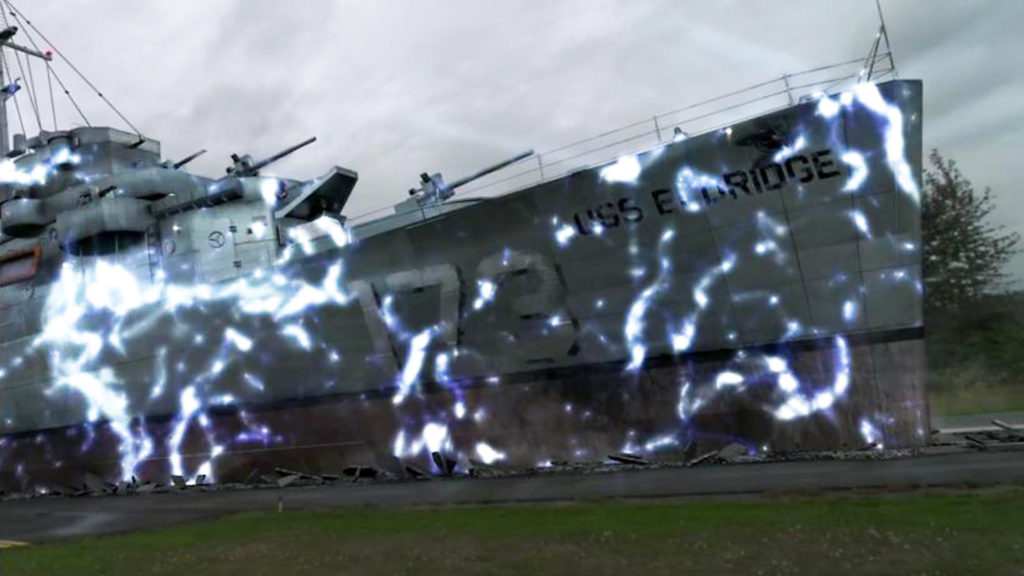 The Philadelphia Experiment is an event during 1943 in which the United States Navy purportedly teleported a Navy destroyer escort, the USS Eldridge, from Philadelphia to Norfolk. They also made it invisible – as in, to the naked eye. Most people believe the incident was either a hoax or the ravings of a lunatic, however, some still believe that it may have really occurred and that there is a large conspiracy to cover it up. What is interesting is that the tale of the Philadelphia Experiment has made it into the annals of American legend. So, what’s the real story?

VIDEO is at the end of the article.

The story of the Philadelphia Experiment begins in October of 1943 in Norfolk, Virginia, though the story did not turn up until more than ten years later. Purportedly, some men aboard the SS Andrew Furuseth saw a ship spontaneously appear in the water in Norfolk on October 28. The story goes that it came from Philadelphia, Pennsylvania. The destroyer had first disappeared and then it instantaneously teleported to Norfolk. The disappearance and the teleportation were apparently two different functions of the experiment. In other words, the disappearance was not the result of the teleportation, but rather came before it.

Once the USS Eldridge reached Norfolk, it was clear something went wrong. Some of the men had disappeared during the trip. Others had gone mad. Some kept becoming invisible and then regaining their forms. Others still had become fused — yes, fused — with the ship in various ways. Perhaps that is why no U.S. ships currently have invisibility cloaks and teleportation devices. It could also be that the story is completely false.

The story of the Philadelphia Experiment comes from a man named Carl Allen or “Carlos Allende,” his pseudonym. Carlos wrote a detailed description of the event, along with claims he was a witness aboard the SS Andrew Furuseth when the USS Eldridge arrived in Norfolk, Virginia. He sent the description to the U.S. Navy’s Office of Naval Research. The public got hold of the story and it took off, despite the many unlikely events described in the letter.

Carlos Allende wrote that the Philadelphia Experiment was made possible by Einstein’s “unified field theory.” Einstein supposedly told Carlos all about it himself. This is not direct proof that the story is mere myth, but it does lend a bit to the crazy factor of the claims. Firstly, it is common for such myths to borrow from the genius and fame of great scientists. Oftentimes, it is easy to refute these myths because the works of great men are typically followed closely. There is no evidence that Einstein ever met Carlos Allende and there is no evidence that his work resulted in a disastrous teleportation.

The USS Eldridge, like most other Navy ships, especially in war times, had a thorough log of where it had been in October of 1943 and the months around it. These logs are currently public information. According to them, the ship was nowhere near Philadelphia in October 1943. The SS Andrew Furuseth was also not in Norfolk at any time the Eldridge was present. Furthermore, William S. Dodge, the man in command of the boat at the time of the Philadelphia Experiment, later said that neither he nor any of his crew saw anything strange in Norfolk, Virginia.

The Office of Naval Research conducted an investigation. They did not find any evidence that the U.S. Navy was conducting experiments in teleportation. Of course, rendering ships invisible or stealthy is always an interest, but that pertains to radar, not to the human eye. As far as the U.S. Navy is concerned, no such technology exists.
In 1994, Jacques Vallee wrote an article about the Philadelphia Experiment. He had written about it before and, at that time, had requested that anyone who might have more information contact him. Someone did. Edward Dudgeon had served as an electrician in the Navy between 1942-1945 on the USS Engstrom. He said the Engstrom was in Philadelphia during the summer of 1943. The nature of his job allowed him access to the classified nature of the equipment aboard his ship and the USS Eldridge.

Far from being teleportation engines designed by Einstein (or aliens), the devices enabled the ships to scramble their magnetic signature using a technique called degaussing. The ship were wrapped in large cables and zapped with high-voltage charges. A degaussed ship wouldn’t be invisible to radar, but would be undetectable by the U-boats’ magnetic torpedoes.

In this article:philadelphia experiment, USS Eldridge 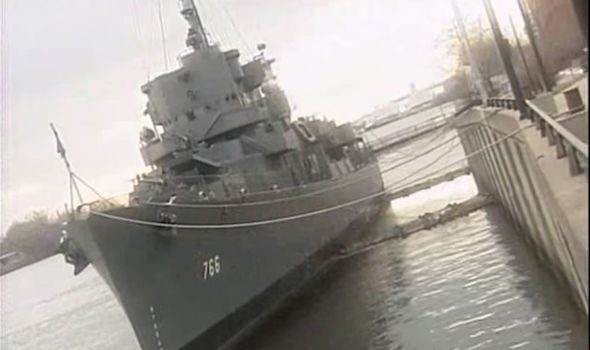 US NAVY sailors became molecularly fused to a warship during hyper secret trials of an invisibility cloak, it has been claimed, during an experiment...