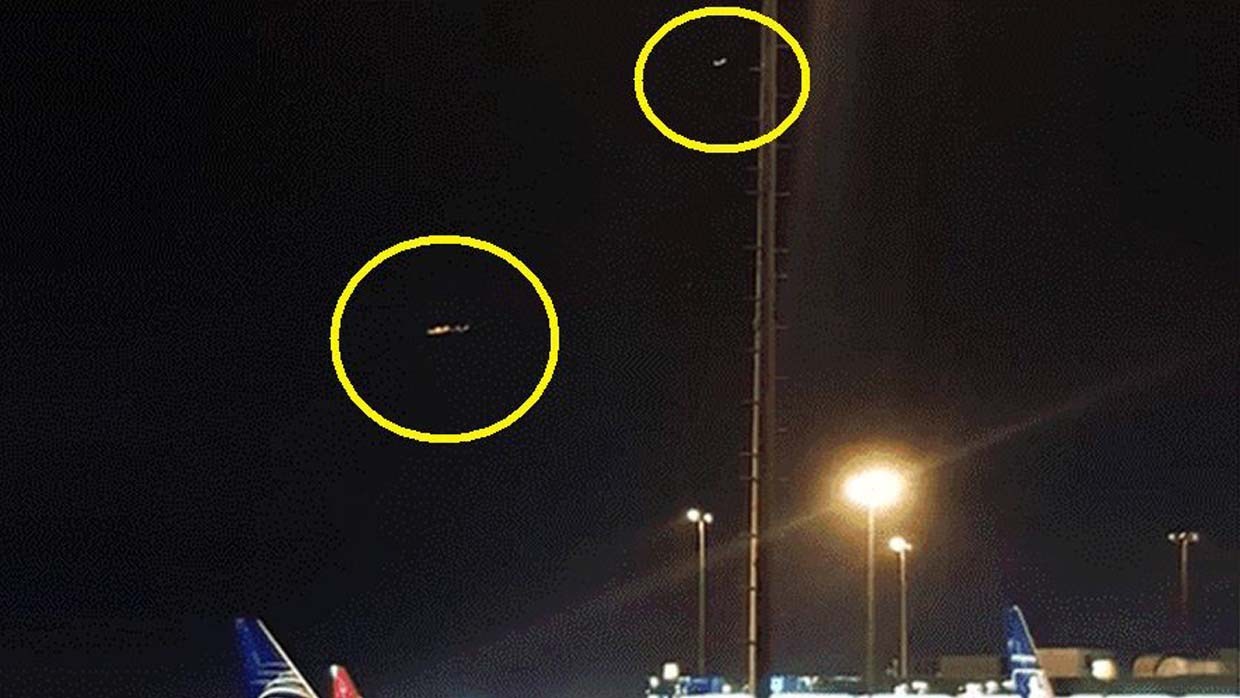 In the movie ” UFO, we are not alone” a brilliant university student believes that a mysterious sighting of an unidentified flying object in the airport of his city is actually a ship of extraterrestrial origin. But what most attracts the attention of this film is the official explanation offered by the authorities in this regard, that it was a drone. Well, this same scenario is really happening in many countries of the world, strange objects that force airports to close.

As in December 2018, when one of the most intense moments of the year occurred: the closure of Gatwick Airport in the English county of Sussex for more than twenty-four hours. After several days of investigations, as well as the arrest of two suspects, the official version is that they were drones. However, as the airport activity returned to normal, the history of the “drones” lacked credibility. To begin with, several witnesses at the airport stated that, regardless of the strange lights, they were not drones. In addition, the arrested couple had nothing to do with the incident. Even more, the police declared that they had not been drones.

But it seems that history repeats itself, this time at the Jorge Chávez International Airport, located in Callao, just 11 kilometers from Lima, Peru.

“We are not alone”

“At 01:30 AM, two UFOs appear west of the station from the tower, approximately 9,000 feet. One of the objects appears at times on the radar screen. At 02:12 am the objects no longer appear in view of the control tower. “

This is part of an official report presented on February 27 by the operators of the airport control tower of CORPAC (Peruvian Corporation of Airports and Commercial Aviation), the private company in charge of air traffic control services at Jorge International Airport.But what nobody expected is that on Wednesday, February 27 CORPAC confirmed the presence of two Unidentified Aerial Phenomena (FANI) on runway 33 of the international airport and was seen, among others, by the ground crew of two planes that covered the route Lima-Córdoba and Lima-Quito.The well-known Peruvian ufologist Anthony Choy, although he was not a direct witness of the UFOs, confirmed the validity of the report of the control tower.“In these 19 years that I have been investigating these issues, it is the first time that there is an official report, it is an unprecedented fact in our country, ” Choy said in an interview.

But this is not the first time that the Jorge Chávez International Airport is forced to stop its activity due to the presence of strange objects on the airstrips. On February 12, 2017, all flights were canceled for three hours. However, there was no official report and the media did not report what happened until the ufologist Mario Zegarra leaked CORPAC’s internal reports to the press. There was also a second UFO incident at the airport on February 7.

As expected, the first thing that was speculated about was the drones. If that’s really the case, they probably are not civilian drones due to the altitude (about 9,000 feet) and the amount of time they could remain without moving (at least 42 minutes and some reports say it was more like an hour). In addition, a large international airport such as Jorge Chavez, with 22 million passengers per year, would have requested the help of the military or the police if air traffic had been endangered by personal drones. 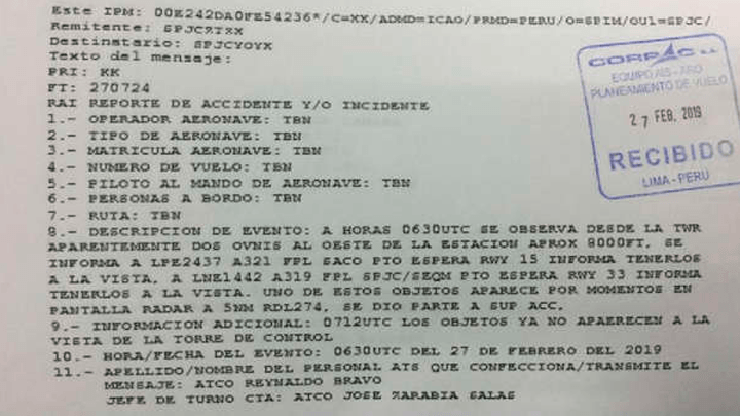 This brings us to the question … were they military drones? There is no doubt that military drones could operate at that altitude. It could also explain why the army’s help was not requested. Maybe it will be a maneuver since the sighting occurred during the period of low activity in the middle of the night. We are sure that this explanation can convince the most skeptical, but many believe that there is some kind of unusual extraterrestrial activity at airports around the world.

The reasons may be several, but it is possible that they are preparing for a silent invasion, placing their ships in strategic areas and then begin the attack. The truth is that, at this point, everything is possible.

And what do you think? What is the true origin of these incidents in airports around the world?