In Israel, at the bottom of Lake Kinneret, also known as the Sea of ​​Galilee, scientists have recorded a perfect giant ball, about 4,000 years old and about 50 meters in diameter. At the moment, it is not known for certain who created it and why. There are several versions, but recently Shmuel Marco, a geophysicist at the University of Tel Aviv and Michael Freikman, an archaeologist at Ariel University, proposed a new hypothesis that perfectly fits all the oddities surrounding this object. The Jerusalem Post writes about their investigation.

With the help of sonar and analysis of bottom sediments, scientists have established for certain that a giant ball lies at a depth of about 12 meters, its diameter is 50 meters, and is 4,000 years old. It was created from giant basalt fragments, each at least a meter in size.

Previously, there was a hypothesis that this ball is the biblical well of Miriam, the sister of the prophet Moses. According to this version, this object could be a legendary inexhaustible source of water that helped the Jews survive in the desert during their forty-year wanderings.

Now the researchers have proposed a different, much more daring theory. They suggested that the giant ball was evidence of the truth of the Akhat myth, one of the most famous Ugaritic texts.

According to the legend, the king who prayed for a child was given a son named Akhat. He became a renowned hunter, possessing a magic bow – a gift from the gods. This causes the envy of the goddess Anat, who asks him to give her his weapon, promising fabulous rewards. When Akhat refuses, Anat hires an assassin.

The inconsolable father searched for his son for a long time, found him and buried him.

An ancient legend, refers to the search for Akhat’s body in two seas. One sea has been aptly identified as the Mediterranean. Lake Kinneret – Sea of ​​Galilee fits the description of the second.

“When Daniel learns that his son was killed somewhere very far away, he begins to wander to different places in search of his body, and this is the part of the legend that is relevant to our research, – Freikman says. Two seas. One of them is clearly the Mediterranean Sea. And the other can only be the Kinneret.”

According to experts who have studied the legend in detail, a round basalt ball is the burial place of Akhat. At the time that the legend is talking about, there could be dry land here, since the text of the legend itself appeared only several centuries after the events described in it.

“We know that around the third millennium BC, a period of terrible drought and desertification dragged on in the Middle East,” Freikman explains. , this was dry land. “

The Ugaritic text describing the Akhat myth dates back to the 14th century BC. That is, it appeared several centuries after the construction of the flooded structure. However, according to Freikman, there are many cases where myths and legends were inspired by much more ancient phenomena. The purpose of these legends was to explain them.

Scientists are now planning to begin underwater research, including using an ultrasound machine, to find out what is hiding inside a giant ball at the bottom of the Sea of ​​Galilee.

In this article:giant ball, Sea of ​​Galilee 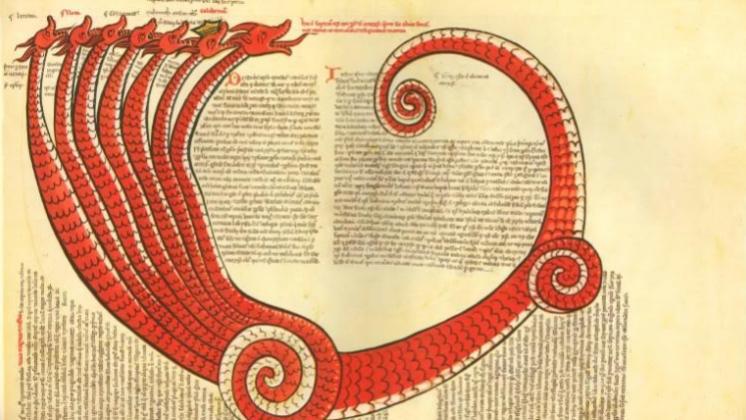 Sea of ​​Galilee filling up: The Sign of the End of Times?