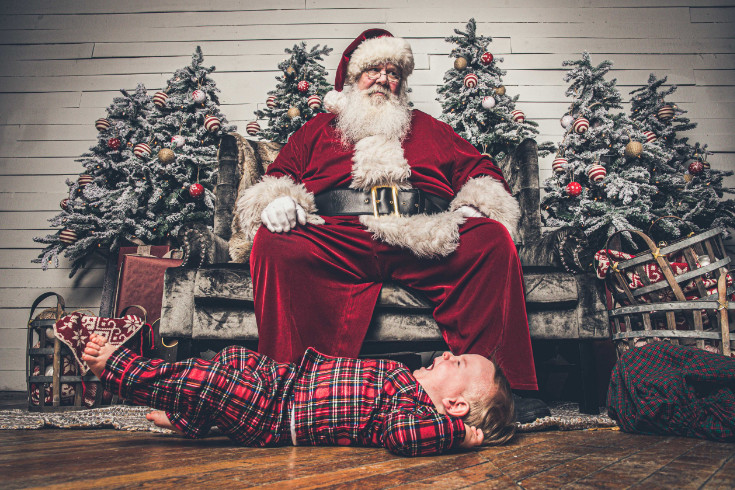 One dad may be regretting asking his daughter what she wants for Christmas this year after she returned with a 26 line wish list which may require a lottery win to fulfill.

People were loving both her bravery and the phonetic spelling of the items she’s hoping to find under the tree after her dad posted the list to Twitter with the caption: ‘My 10 year old daughter must be out of her mind with this Christmas list’.

Santa will need to work closely with Apple as she begins the list with an iPhone 11, AirPods and a new MacBook Air.

There were also the usual popular requests, such as clothes, make up, a real bunny – and clothes for the bunny.

But it was choices like ‘Chanel purs’, ‘purfum’, ‘julery’ and particularly ‘asenchal oil’ which really grabbed people’s attention.

One replied “Asenchal oil lmaooooo I love her” as another wrote “That baby sounded it OUT”.

Others were simply wondering what a 10-year-old was planning to do with $4,000, with one calling it a ‘rockstar move’.

“Right like oh yea lemme ask for 4K too,” said one reply. “Right by the bunny clothes.”

“I think she’s planning to move out,” said another.

We’ve got a feeling someone might be a little disappointed when they wake up on Christmas morning as others pointed out that it’s pretty likely she’ll only be unwrapping clothes and make up on December 25 – but were glad to see ‘mama has her priorities in check’.

The good news for parents is that although Christmas may be a time of goodwill to all men etc, it’s also a time of bargaining with your children to get them to behave.

They know the only way to get these presents is to make it on to Santa’s good list and now there’s a new app where Father Christmas will personally call your child to give them a stern warning about misbehaving.

‘Message from Santa’ will give kids a personalised call, text message or voicemail – and you can add as many little ones as you wish.

It can, of course, also be used to endorse good behaviour, with St Nick dropping your kids a line to tell them to keep up their angelic behaviour.

Advertisement. Scroll to continue reading.
In this article:Christmas list, Santa