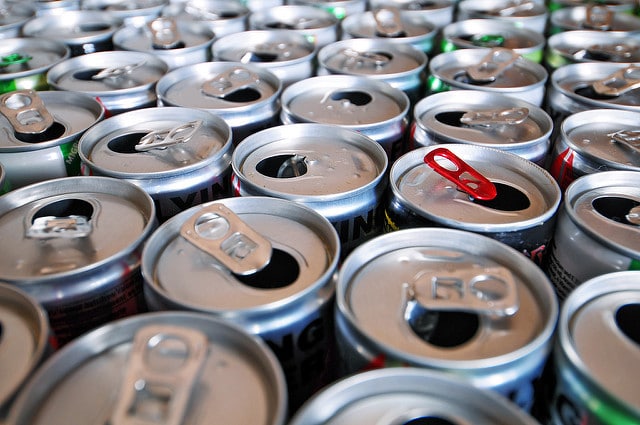 A special issue of the journal Birth Defects Research: The Teenage Brain has concluded that the excessive consumption of junk food and energy drinks impairs the mental health of teenagers.

In the study, a team of researchers from the RMIT University in Melbourne, Australiareviewed the effects of caffeine and taurine found in energy drinks on the developing brains of young adults. They found in the review of animal studies that taurine, an additive used in energy drinks, can be harmful to developing brains. Christine Curran, lead author of the study, said that this raises concerns on teenage drinking because they are often combined with alcohol.

The researchers said that these products hamper the development of brains because of the intense rush of dopamine. This in turn causes a unique mental health risk to young people who consume energy drinks excessively. Curran explained that their findings in exposed adolescent and young adult mice to high taurine levels indicate that there can be detrimental effects on learning and memory and increased alcohol consumption in females. These mice were less sociable and exhibited worse performance in tests that measured their recognition of things.

Detox and restore your body to optimum health with the Green Detox Pack from Touchstone Essentials, contains bioavailable zeolite and green juice superfoods powder. Use the code STILLNESS to save 10% off your first order.

Their review also suggests that age is an important factor in both caffeine and taurine toxicity. They found that aged or diseased brains may benefit from taurine or caffeine supplementation. On the other hand, young people are unlikely to benefit from these products and may even experience adverse effects from chronic consumption of high amounts.

“Our review indicates we don’t know enough about the effects of high consumption of energy drinks and the ingredients found in them at this critical time in mammalian brain development,” said Curran.

A different study from the same university found that takeout meals could increase the risk of teens of becoming alcoholics or drug addicts and overweight as they age. In addition, the study revealed that junk food adversely affects the brains of teens. This type of food could lead to bad decision making, increase reward-seeking behavior, and influence bad eating habits throughout adulthood. Amy Reichelt, lead author of the study, explained that this is because main neurotransmitter systems in the brain responsible for inhibition and reward-signaling are still underdeveloped.

Reichelt said that there is more evidence that shows that the adolescent stage is a critical stage where alcohol, drugs, and a high-fat or sugar diet exposure has “pronounced and enduring detrimental effects on cognition, behavior, and learning.” This is most evidently seen in memory tasks that are dependent on the hippocampus which is rapidly interrupted by high-fat and high-sugar diets.

Meanwhile, other studies suggest that exercise may prevent the chronic effects of adverse exposures in young adults. However, majority of teenagers are not exercising enough. (Related: Adults and kids buck depression, anxiety and hyperactivity with exercise.)

Anxiety and depression among teens

There is an increased number of young adults who are suffering from anxiety and depression. In fact, at least 25.1 percent of individuals who are between 13 and 18 years old are diagnosed with anxiety disorders, such as post-traumatic stress disorder, obsessive-compulsive disorder, and specific phobias. However, not everyone gets treatment. Research showed that untreated teens with anxiety disorders have a higher risk of performing bad in school, missing out on important social events, and engaging in substance abuse.

Read more stories on the detrimental effects of junk food and sugary drinks at Addiction.news.

In this article:caffeine and taurine toxicity, teen anxiety