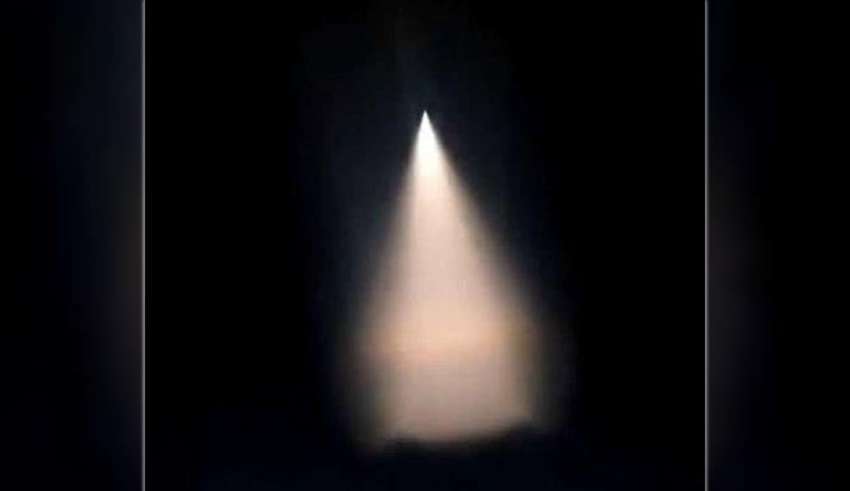 Undoubtedly, it is the subject of fashion and controversy. We are talking about the UFO sightings investigated by the  Advanced Aerospace Threat Identification Program (AATIP). And in the midst of this controversy, Luis Elizondo, the former director of the program has broken his silence and has decided to tell what he really saw.

In a History Channel documentary, Elizondo details his participation in the Pentagon’s UFOresearch program and about the phenomena witnessed and other similar reports.

And he highlighted several bewildering aircraft sightings that seemed to defy the laws of gravity, traveling and maneuvering at speeds unmatched by current technology. In a publication of the New York Post, a former naval officer described some of those sightings that he said occurred between 2014 and 2015. The mysterious ship, which he said looked like a sphere with a bucket inside, had no visible signs of propulsion but could reach 10,000 meters high at speeds much faster than sound.

So we can say that UFOs have also fascinated governments for decades, but they also represent a unique challenge for government agencies trying to determine whether they pose a threat to national security. However, the United States is not the only place in the world where there are encounters with UFOs and military. Now, a strange object has appeared during military maneuvers in China.

Inhabitants of several Chinese cities have claimed to see a mysterious light moving rapidly through the sky. The strange bright object, which appeared to have a huge “tail”, appeared on Sunday, June 2 in eastern and central China, including the provinces of Henan, Hebei, and Zhejiang. For its part, the People’s Liberation Army posted a strange message on its official Weibo account on Monday night, saying the following without further explanation: “Do you think there are UFOs in this world?”

In a video, recorded from Zhengzhou in central China, the object could be seen clearly flying over the central district of the city before moving away and slowly disappearing. This made some Chinese netizens wonder if it was a UFO, although many claimed that it seemed to have left the water, more specifically from the Bohai Sea, partially closed at that time for military exercises. Zhao Haibing, a researcher at the Purple Mountain Observatory in Nanjing, told the Global Times that the object was unlikely to be of natural origin.

Due to the commotion caused, the web portal Sina Military informed today that the object could be related to the Beijing JL-3 tests and that it was a missile equipped with a hypersonic warhead. He also cited a warning issued by the Maritime Safety Administration of Liaoning Province that warned ships not to fly over the Bohai Sea due to military exercises. The ban was imposed between 2:30 am and noon last Sunday. And the light appeared during the first hours between the Bohai Sea on the east coast and the Xinjiang Autonomous Region in western China.

Sina added that the light looked similar to other phenomena observed during the previous tests of hypersonic weapons in China. The article, written by a military expert named Chen Guangwen, said the alleged maneuvers could be Beijing’s response to Washington in the midst of an escalating trade war and after the United States tested the LGM-30 Minuteman intercontinental ballistic missile for the month. past.

Apparently the JL-3 is capable of carrying 24 missiles, and could have a full operational range of between 12,000 and 14,000 kilometers, which would be enough to destroy part of the United States. It should also be made clear that China has never officially recognized the development of JL-3.

But there are many conspiracy theorists who do not believe the version offered by the web portal Sina Military, and point out that it is very strange that the People’s Liberation Army published a cryptic UFO message on their Weibo account . In addition, they highlight that this mysterious bright object is very similar to the one that was seen flying over the Pacific Ocean in December 2017.

In that case the official version was that it was a fleet of satellites of the SpaceX company of tech tycoon Elon Musk. Then it may be that this new sighting in China along with the latest news of the meetings between pilots of the US Navy. and UFOs are the definitive evidence that we are on the verge of something really important. It could be an imminent Third World War or the First Extraterrestrial Contact . Soon we will know.

What is your opinion about the China UFO? Is it a missile? Or maybe the extraterrestrials are witnessing an impending world war?