And so another conspiracy theory, that Palestinian leader Yasser Arafat was poisoned with Polonium, becomes non-conspiracy fact. From Reuters:

Palestinian leader Yasser Arafat was poisoned to death in 2004 with radioactive polonium, his widow Suha said on Wednesday after receiving the results of Swiss forensic tests on her husband’s corpse.

“We are revealing a real crime, a political assassination,” she told Reuters in Paris.

A team of experts, including from Lausanne University Hospital’s Institute of Radiation Physics, opened Arafat’s grave in the West Bank city of Ramallah last November, and took samples from his body to seek evidence of alleged poisoning. “This has confirmed all our doubts,” said Suha Arafat, who met members of the Swiss forensic team in Geneva on Tuesday. “It is scientifically proved that he didn’t die a natural death and we have scientific proof that this man was killed.”

She did not accuse any country or person, and acknowledged that the historic leader of the Palestine Liberation Organization had many enemies. Arafat signed the 1993 Oslo interim peace accords with Israel and led a subsequent uprising after the failure of talks in 2000 on a comprehensive agreement.

Allegations of foul play surfaced immediately. Arafat had foes among his own people, but many Palestinians pointed the finger at Israel, which had besieged him in his Ramallah headquarters for the final two and a half years of his life.

The Israeli government has denied any role in his death, noting that he was 75 years old and had an unhealthy lifestyle.

An investigation by the Qatar-based Al Jazeera television news channel first reported last year that traces of polonium-210 were found on personal effects of Arafat given to his widow by the French military hospital where he died.

That led French prosecutors to open an investigation for suspected murder in August 2012 at the request of Suha Arafat. Forensic experts from Switzerland, Russia and France all took samples from his corpse for testing after the Palestinian Authority agreed to open his mausoleum.

The head of the Russian forensics institute, Vladimir Uiba, was quoted by the Interfax news agency last month as saying no trace of polonium had been found on the body specimens examined in Moscow, but his Federal Medico-Biological Agency later denied he had made any official comment on its findings.

The French pathologists have not reported their conclusions publicly, nor have their findings been shared with Suha Arafat’s legal team. A spokeswoman for the French prosecutor’s office said the investigating magistrats had received no expert reports so far.

One of her lawyers said the Swiss institute’s report, commissioned by Al Jazeera, would be translated from English into French and handed over to the three magistrates in the Paris suburb of Nanterre who are investigating the case.

The Al Jazeera investigation was spearheaded by investigative journalist Clayton Swisher, a former U.S. Secret Service bodyguard who became friendly with Arafat and was suspicious of the manner of his death.

Hani al-Hassan, a former aide, said in 2003 that he had witnessed 13 assassination attempts on Arafat’s life, dating back to his years on the run as PLO leader. Arafat claimed to have survived 40 attempts on his life.

Now… whoever may have wanted the leader of the Palestinians dead?

He escaped another attempt on his life when Israeli warplanes came close to killing him during the invasion of Beirut when they hit one of the buildings they suspected he was using as his headquarters but he was not there. In December 2001, Arafat was rushed to safety just before Israeli helicopters bombarded his compound in Ramallah with rockets. 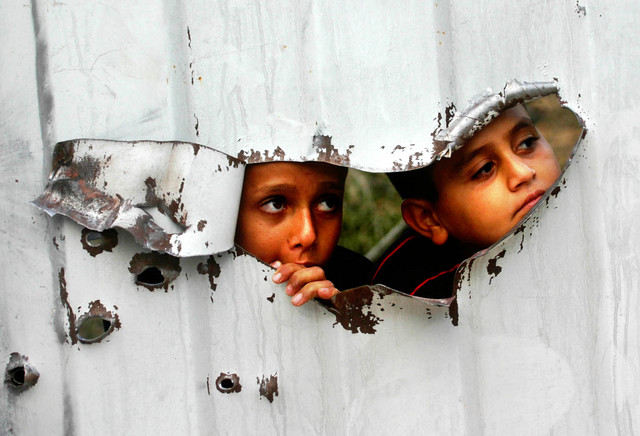 The story shared by Israel and Palestine has been told in several stunning films, but I don’t think I’ve ever seen it told like this. Nina Paley created... 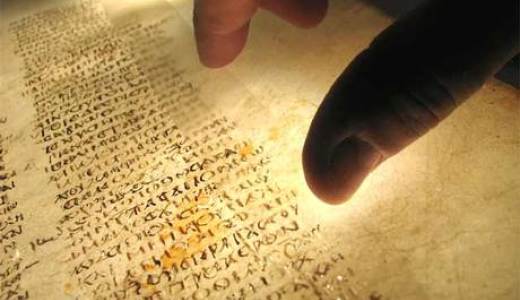 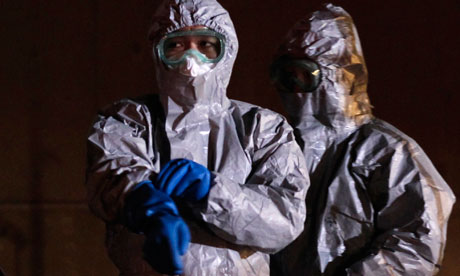 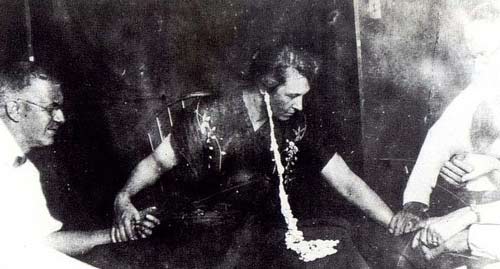 Scientists Inject Radiation into Psychic Medium’s Brains, Get Creeped Out

Researchers from the Institute of Psychology in Sao Paulo, Brazil have been conducting some pretty interesting experiments with a few of the area’s psychic...