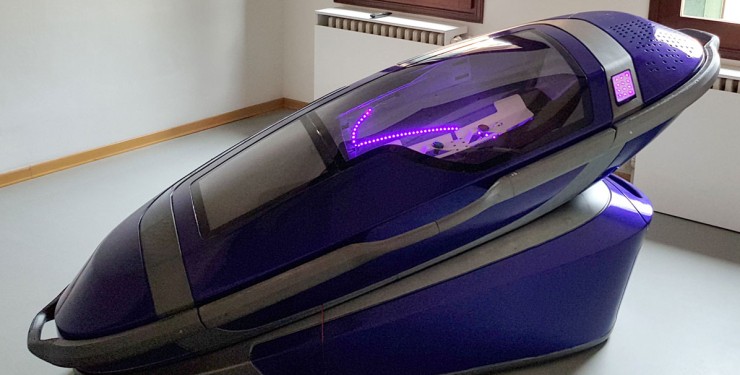 Photo: Switzerland has recognized the legal use of the Sarco suicide device

The 3D printed Sarco capsule allows a person to die independently without painful sensations. The development will be available in the country next year.

Swissinfo reported that the capsule for voluntary euthanasia, created on a 3D printer, has passed all the necessary legal examination in Switzerland. Developed by the Australian company Exit International, the company that developed the ‘Sarco’ (short for sarcophagus) machine, the ‘electronic coffin’ allows a person to die without pain.

According to journalists, in 2020 about 1,300 people resorted to euthanasia by taking a solution of sodium pentobarbital. This process took place in the presence of specially trained assistants. After taking the drug, a person falls asleep for 2-5 minutes and then into a coma, followed by death.

However, according to Exit International founder Dr Philip Nitschke, the Sarco capsule can further facilitate the suicide process.

Nitschke spoke about the principle of the invention. The capsule that looks like a coffin is activated by a person from within. The device is designed so that it can be placed anywhere – in a picturesque area outdoors or in the premises of an organization that provides euthanasia services.

The person who decides to proceed with euthanasia lies down inside the comfortable capsule, after which the system asks him a number of questions. By answering them, the user can activate the device with a button at any time.

The capsule is then filled with nitrogen. Death occurs due to lack of oxygen and carbon dioxide. According to Nitschke, this process causes “neither panic nor suffocation.”

Currently, two Sarco prototypes have been developed, another is being built in the Netherlands – it will be ready in 2022.

In addition, the authors of the project intend to add video cameras to the capsules, which will allow the person who has decided to commit suicide to maintain contact with people outside until the moment of death. The devices will also be able to record a person’s conscious consent to euthanasia.

The goal of the developers, which they pursue when creating Sarco, is to exclude from the process of euthanasia any psychiatric tests to allow a person to decide for himself when and for what reasons he should die.

“Our goal is to develop an artificial intelligence system to determine a person’s mental abilities. Of course, we are facing a wave of skepticism, especially from psychiatrists. But our initial concept is that a person should take an online test and get a code to access Sarco”, the founder of Exit International said.

Nitschke expects the Sarco capsule to be available in Switzerland next year.

Public reaction to the invention is mixed. There are enough outraged people, as well as opponents of euthanasia itself. The publisher, swissinfo.ch even disabled comments on the Sarco article.

“We are faced with a wave of skepticism, especially on the part of psychiatrists,” the inventors, in turn, admit. But they plan to start “exploitation” of the capsule in 2022. “In the absence of unforeseen difficulties,” they report.

Euthanasia is legal in Spain, Belgium, Luxembourg, the Netherlands, Canada and Colombia and Switzerland, where 1,300 people used it in 2020. Even special tourism is thriving in these countries. Those who wish to take a special solution, fall asleep for 2-5 minutes, then into a deep coma and die.

It is worth mentioning that according to the World Health Organization, about 800,000 people in the world commit suicide every year.

In this article:Electronic Coffin, euthanasia