In the Indian city of Eluru, Andhra Pradesh, more than 300 people were admitted to hospitals with symptoms ranging from nausea to loss of consciousness, and one person died. The Times of India reported this on December 6 .

More than 350 people were admitted to a hospital in the city of Eluru in the Indian state of Andhra Pradesh due to an outbreak of an unknown disease, one of them died.

The patients were admitted to the hospital with complaints of dizziness and epilepsy, sudden fainting spells, frothy mouth and trembling.

Doctors have not yet been able to establish the cause of the sudden illness, although they performed blood tests and a computed tomography of the brain. Cerebrospinal fluid analysis was also normal. Culture results may help to find the cause.

According to doctors, more than 180 people have already been discharged from the hospital, about 160 remain on treatments.

“Most of the victims have recovered, the rest are stable. We have prepared 50 beds at the central government hospital in Vijayawada to transfer sick people if necessary. Our medical teams take care of every patient,” Alla Kali State Health Minister Krishna Srinivas, said .

Teams of doctors from the National Institute of Nutrition, the Institute of Chemical Technology and the All India Institute of Medical Sciences were sent to the city to determine the cause of the disease.

Eluru will also be visited by the Chief Minister of Andhra Pradesh Jagan Mohan Reddy. It is planned that he will talk with the sick and meet with local officials.

Health Minister Alla Nani has denied the version that people could get sick as a result of severe air or water pollution. At the same time, the minister did not receive an exact answer as to where the strange disease could come from.

Most experts are inclined to believe that patients could be poisoned by the fumes of the agents used to fight insects. Substances of organochlorine origin could also have an effect.

There are fierce debates and discussions about this situation on social networks. There are a lot of versions offered. At the same time, some of the commentators ironically noted that they did not expect another end of 2020, and the unknown disease no longer surprises anyone.

India is one of the countries most affected by the coronavirus infection. Since the beginning of the pandemic, 9.6 million cases of COVID-19 infection have been recorded in the country, and 140 thousand people have died. The state of Andhra Pradesh ranks third in the country in terms of the number of infected people, the BBC notes.

In this article:India, unknown diseases 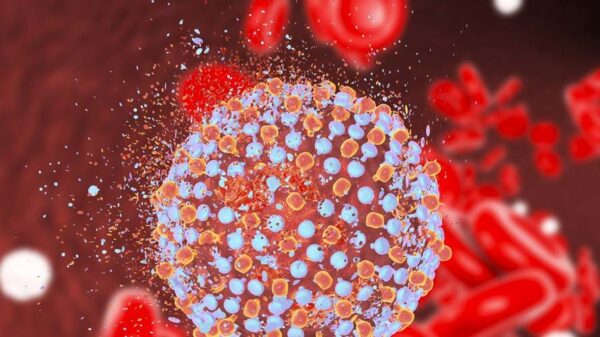