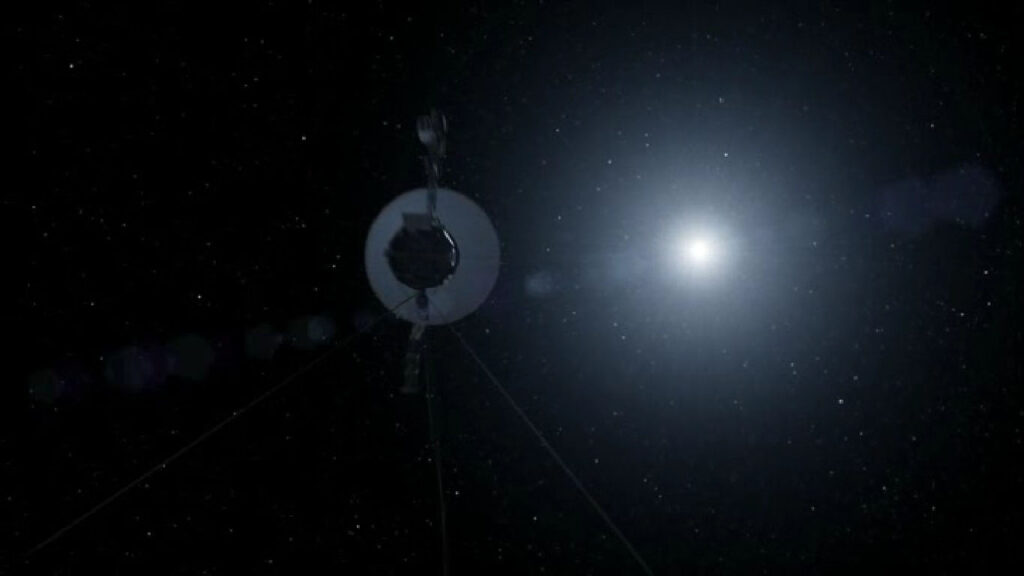 Voyager 1 and Voyager 2 are the first spacecraft in the history of mankind that are directed beyond the solar system. Their mission began more than thirty years ago and the devices are still transmitting invaluable data to Earth.

As soon as the vehicles began to approach the conditional boundary of our solar system and interstellar space, they began to record rather strange signals that excited the scientific community and divided them into two camps.

Some believe that these signals are transmitted by other civilizations, while others assume that the signals are of natural origin.

The Voyager 1 and Voyager 2 missions were launched by NASA back in 1977. Thanks to these two spacecraft, we now have high quality images of Saturn, Neptune, Jupiter, Uranus.

It was thanks to the Voyagers that Earth scientists learned that
active volcanoes exist on the satellite of Io, and it was they who made it possible to discover 24 satellites near the distant planets of the solar system.

In 2012, a historic event took place – Voyager 1, the first spacecraft in the history of mankind, which entered interstellar space.

But already during the approach to the conditional border, Voyagers began to transmit unusual data to Earth. The sensors installed on the devices began to register short radio pulses with the same amplitude, repeated at the same time.

Additionally, spectrometers transmitted data that potentially inhabited worlds could be located near spacecraft.

At the moment, both devices have transmitted about 700 gigabytes of unique data to Earth (not bad for computers created more than 40 years ago). At the moment, the vehicles have already entered the so-called “magnetic track” – the area where the Sun’s magnetic field is connected to outer space.

Unusual Signals and Their Probable Nature of Origin

So, while decrypting the data obtained, scientists discovered these strange signals that are recorded by both devices (the distance between them is only a couple of billion kilometers).

Initially, this phenomenon was attributed to background radiation from the heliosphere, which surrounds our system like a huge bubble and protects it from about 70% of the interstellar radiation flux.

As scientists have suggested, this “bubble” may well generate electromagnetic pulses but further analysis of the data showed that these signals come to the border zone of the solar system from deep space.

In addition, in May of this year, Voyager transmitted to Earth an audio recording of the interstellar hum, where, among the noise from plasma waves of interstellar gas, some scientists recorded certain patterns.

Some believe that the Voyagers recorded signals that are sent by other intelligent beings, while others believe that these signals are the result of either equipment breakdown, or the devices only record signals emanating from space objects of natural origin.

It should be noted that only a small part of the 700 gigabytes of information has been decrypted, and it is not known what scientists will be able to find out when they will be able to decrypt everything.

Scientists also note that the signals detected in the “noise” vaguely resemble the so-called fast radio bursts (FRB), which scientists have been interested in for a long time.

FRB radiation is an extremely powerful RF pulse lasting only a couple of milliseconds and repeating every 16 days.

There is no complete coincidence with the data obtained from Voyagers and FRB bursts, but the fact that they (signals) have no connection, scientists also cannot say with complete certainty, since not enough data has yet been deciphered.

Scientists are 100% convinced that most of the interstellar “noise” does not reach the Earth and is delayed by the heliosphere, which means that if someone really wants to contact the Earth, then the signal must be caught outside the system.

What do you think, are these signals just natural noise or are they propagated by another intelligent civilization (or civilizations)?