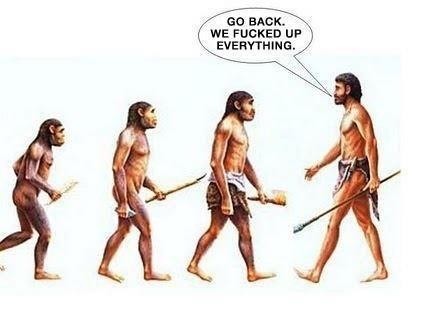 Perhaps people like Graham Hancock and Tony Wright are onto something after all when they talk about the ancients and our puzzling evolutionary history?

From John Black on Ancient Origins:

In the past it was believed that a larger brain meant more intelligence. Indeed, according to evolutionary theory, the brain should grow bigger as a species evolves.  However, rather alarmingly, research suggests that the human brain is getting smaller.

According to scientific studies, it appears that a reversal in evolution happened about 20,000 years ago. It was in 2010 when researching a skull that belonged to a Cro Magnon man, that scientists discovered the brain of our ancient ancestor was about 20% larger. This has been replicated time and again and it can now be said that the human brain has decreased from 1,500 cubic centimetres (cc) to 1,350 cc (both male and female brains) and this happened everywhere on Earth.  If we continue on this path, we will end up having the brain of Homo Erectus, an ancient human species which millions of years ago had a brain of 1,100 cc.

In this article:ancients, Brain, evolution