It’s a comet! It’s an alien space ship! It’s an asteroid! It’s a space ship! It’s a weird comet! It’s a weird space ship! It’s a weird asteroid! It’s a (weird or otherwise) something else! It’s ‘Oumuamua, the interstellar space object that has mystified, enthralled and enraged astronomers, rocket scientists and the general public ever since it wagged its almost non-existent tail as made its turn around the sun and headed out to parts unknown before anyone could get a good look at it … which is just one of the problems that has caused the controversies and debates over what it is. The latest “this is what ‘Oumuamua REALLY is or isn’t” comes from the University of Maryland Department of Astronomy which contradicts all of those Giorgio Tsoukalos memes that say it’s definitely a spaceship. But do they know what it REALLY is?

“We have never seen anything like ‘Oumuamua in our solar system. It’s really a mystery still. But our preference is to stick with analogs we know, unless or until we find something unique. The alien spacecraft hypothesis is a fun idea, but our analysis suggests there is a whole host of natural phenomena that could explain it.”

In a report published in the current edition of the journal Nature Astronomy, Matthew Knight, an associate research scientist in the University of Maryland Department of Astronomy, reviewed all of the actual data collected up to and including the rear-end tracking that narrowed its origin down to one of four stars. Knight was one of the first to study ‘Oumuamua, co-authoring a study on its rotation and shape in December 2017 – just a few months after it was discovered. 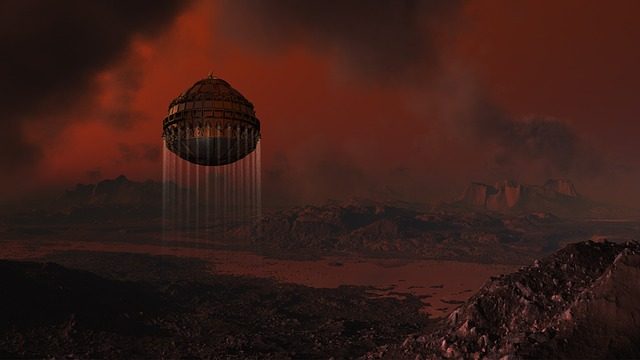 “The alien-spacecraft camp threw the jets model out of the window.”

On his blog, co-author Sean Raymond lists the many “It’s aliens” arguments and attempts to scientifically debunk all of them. For example, it has comet-like outgassing which could both propel and spin it, but its small size makes it difficult to see. He also points out that we know so little about interstellar objects that ‘Oumuamua’s strange shape – which we still don’t know for sure if it’s cigar-like or maybe a weird pancake – could actually be pretty common. Nor do we know enough about how planets form to say many definitive things about how the ancillary space junk around them forms and how it might be kicked out of or escape from its solar system.

“We may start seeing a new object every year. That’s when we’ll start to know whether ‘Oumuamua is weird, or common. If we find 10 to 20 of these things and ‘Oumuamua still looks unusual, we’ll have to reexamine our explanations.”

Since we’re no longer getting new data from ‘Oumuamua, Knight is already looking to the Large Synoptic Survey Telescope (LSST) to help spot future interstellar objects earlier and get better looks and more data on them. Sending a space probe to meet up with one is still pretty far out in the future.

So, we still don’t know for sure what ‘Oumuamua is. Does this new study convince you that it’s not an alien spaceship or probe?

Or is this study a cover-up of what it really is? Tom DeLonge? Any thoughts?

Advertisement. Scroll to continue reading.
In this article:Asteroid, Oumuamua