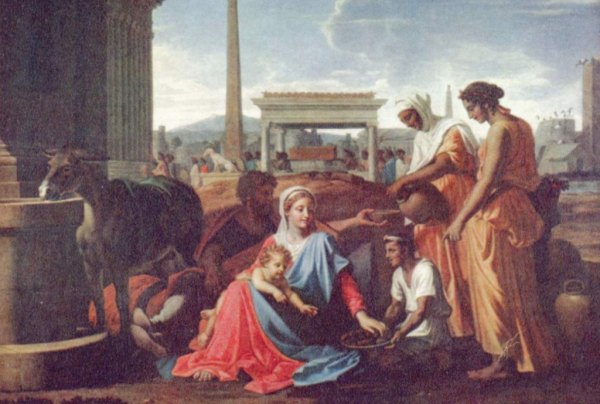 The myth of Orpheus and Eurydice is a reminder that love persists above all, even after death. When someone truly loves, they won’t hesitate to go to hell just to be in the company of the one they love.

The myth of Orpheus and Eurydice is about the kind of love that can go beyond death. The legend says that Orpheus was a very special being, son of Apollo, the god of music and the arts, and of Calliope, also known as Clio and the muse of poetry. Such an origin gave Orpheus the special gift of music.

Orpheus learned music from Apollo, his father. His mastery was such that Apollo gave him his own lyre as a symbol of his fatherly love. This instrument had been made by Hermes, who used the shell of a turtle to build it. The story goes that Orpheus could interpret the most beautiful melodies that were ever heard on Earth. 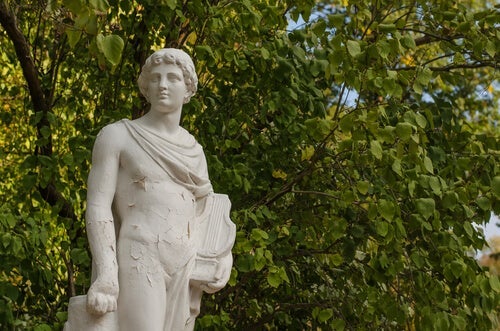 Orpheus led a dissipated and adventurous life. Thus, he offered to go with the Argonauts on their journey to find the Golden Fleece. The legend says that he saved their expedition when the mermaids tried to confuse the sailors with their singing. Their voices hypnotized the sailors and they would throw themselves into the sea, where the mermaids proceeded to devour them.

But Orpheus used his talent on that occasion and prevented it. Thus, when the mermaids began to sing, he began to play his lyre. His music was a lot more beautiful than theirs and he was able to drown their sound with his. As a consequence, only one of the sailors succumbed to the charm of the mermaids and died.

After that expedition, Orpheus and Eurydice met. She was a very beautiful nymph. One day, when Orpheus saw her figure reflected in the water and immediately felt that he could die of love for her. He finally caught her attention and Eurydice fell passionately in love with him. Then, they got married. For a while, they lived a happy life full of love and passion.

The loss of Eurydice

Even though Orpheus and Eurydice had a happy and fulfilling life in her palace, she never forgot that she was a nymph. This is why she couldn’t stop going to the woods and be in the middle of nature, which was so familiar to her. One afternoon when she went to the forest, she saw a hunter chasing a helpless fawn. When she helped it escape, she unleashed the wrath of the hunter.

The man said he would forgive the offense, as long as she agreed to kiss him. Of course, she refused because she was a happily married woman and wasn’t about to risk that happiness due to fear. Therefore, when the hunter tried to force her to, she ran. But in her hurry, she stepped on the head of a sleeping snake and it bit her. As a consequence, the nymph died on the spot.

When Orpheus learned about the death of his wife, he fell into despair. He decided to go down to the underworld to rescue her from death. Using his lyre and his beautiful singing voice, he convinced Charon, the boatman, and Cerberus, Hades’ dog and guardian of the underworld, to take him to Persephone, the queen of hell. When she heard his music, she was quite touched by it. 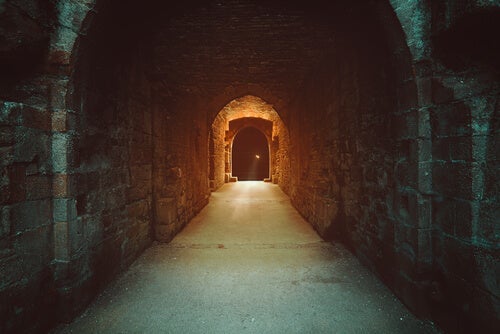 In the end, Persephone allowed Orpheus to bring his beloved wife back to life but with a condition. During their journey back, Orpheus had to walk in front of Eurydice. He couldn’t turn to look at her until they were completely out in the sunlight outside the underworld. Orpheus accepted but didn’t believe that Eurydice would follow. He was afraid there would be a demon behind him instead of his lover.

When he finally came out of the cave, he couldn’t resist any longer and turned around to look. Although Eurydice was almost completely out in the sunlight, she died once more. This highly distressed Orpheus, who continued to play the kind of sad music that even made the gods cry. The maenads, some rather fickle beings, fell in love with him. But Orpheus didn’t yield to their attempts to seduce him.

These creatures killed him in revenge and scattered his remains all over the place. Amazingly, this allowed Orpheus and Eurydice to meet again in the underworld. And now they were together forever. Ever since, beautiful melodies can be heard in the meadows and groves.

Psychology is the study of the nature of mind. Philosophy is the use of that mind in life. Both are critically important to gain an understanding of as they are aspects of the self. All you do and experience will pass through these gateways of being. The preceding information provides an overview of this self-knowledge, offering points to consider that people often don’t take the time to contemplate. With the choice to gain self-awareness, one can begin to see how their being works. With the wisdom of self-awareness, one has the tools to master their being and life in general, bringing order to chaos through navigating the challenges with the capacity for right action.

Advertisement. Scroll to continue reading.
In this article:eternal love, Orpheus