In recent years, the devastating effects of wanton opioid use have become unmistakable, with opioid overdoses killing 47,600 Americans in 2017 alone. As of June 2017, opioids became the leading cause of death among Americans under the age of 50, and President Trump declared the opioid crisis a public health emergency that year in October.

I’ve written many previous articles detailing the background of how the U.S. ended up here. While the opioid crisis was largely manufactured by drug companies hell-bent on maximizing profits, leading to exaggerated and even fraudulent claims about the drugs’ safety profile, the increased availability of opioids isn’t the sole cause.

A Perfect Storm of Poverty, Trauma, Availability and Pain

As noted in a January 2020 article in The Atlantic, “researchers … say opioid addiction looks like the result of a perfect storm of poverty, trauma, availability and pain.”

Commenting on some of the research cited in that article, David Powell, senior economist at Rand, told The Atlantic that to produce the most lethal drug epidemic America has ever seen “you need a huge rise in opioid access, in a way that misuse is easy, but you also need demand to misuse the product.”

Poverty and pain, both physical and emotional, fuel misuse. If economic stress or physical pain (or both) is a factor in your own situation, please be mindful that seeking escape through opioid use can easily lead to a lethal overdose. The risk of death is magnified fivefold if you’re also using benzodiazepine-containing drugs.

The Hidden Influence of Poverty and Trauma

Several investigations seeking to gain insight into the causes fueling the opioid epidemic have been conducted in recent years. The findings reveal common trends where emotional, physical and societal factors have conspired to bring us to the point where we are today.

Among them is a 2019 study in the Medical Care Research Review journal, which looked at the effects of state-level economic conditions — unemployment rates, median house prices, median household income, insurance coverage and average hours of weekly work — on drug overdose deaths between 1999 and 2014. According to the authors:

Other economic indicators had insignificant effects. Our findings suggest that economic downturns that substantially reduce house prices such as the Great Recession can increase opioid-related deaths, suggesting that efforts to control access to such drugs should especially intensify during these periods.”

Similarly, an earlier investigation, published in the International Journal of Drug Policy in 2017, connected economic recessions and unemployment with rises in illegal drug use among adults.

Twenty-eight studies published between 1990 and 2015 were included in the review, 17 of which found that the psychological distress associated with economic recessions and unemployment was a significant factor. According to the authors:

Abuse-related trauma is also linked to unemployment and financial stress, and that too can increase your risk of drug use and addiction. As noted in The Atlantic, when the coal mining industry in northeastern Pennsylvania collapsed, leaving many locals without job prospects, alcohol use increased, as did child abuse. Many of these traumatized children, in turn, sought relief from the turmoil and ended up becoming addicted to opioids.

Another 2019 study published in Population Health reviewed the links between free trade and deaths from opioid use between 1999 and 2015, finding that “Job loss due to international trade is positively associated with opioid overdose mortality at the county level,” and that this association was most significant in areas where fentanyl was present in the heroin supply.

Overall, for each 1,000 people who lost their jobs due to international trade — commonly due to factory shutdowns — there was a 2.7% increase in opioid-related deaths. Where fentanyl was available, that percentage rose to 11.3%. The study “contributes to debates in the social sciences concerning the negative consequences of free trade,” the authors note, adding:

“Scholars have long focused on the positive effect of international trade on the overall economy, while also noting that it causes layoffs and bankruptcy for some groups.

Recent influential work by Autor, Dorn, and Hanson demonstrates that these negative impacts of trade are actually highly localized, with layoffs, unemployment, and lower wages concentrated in specific labor markets.

This study furthers our understanding of the local consequences of international trade by looking beyond wages and employment levels to the potential impact on opioid-related overdose death.”

Opioid Makers Have Had a Direct Impact

The National Bureau of Economic Research has also contributed to the discussion with the working paper “Origins of the Opioid Crisis and Its Enduring Impacts,” issued November 2019.

In it, they highlight “the role of the 1996 introduction and marketing of OxyContin as a potential leading cause of the opioid crisis,” showing that in states where triplicate prescription programs were implemented, OxyContin distribution rates were half that of states that did not have such programs.

“Triplicate prescription programs” refers to a drug-monitoring program requiring doctors to use a special prescription pad whenever they prescribed controlled substances. One of the copies of each prescription written had to be submitted to a state monitoring agency.

Since it involved additional work, many doctors avoided prescribing drugs requiring the use of triplicates, and as a consequence, Purdue (the maker of OxyContin), did not market its opioid as aggressively in those states.

The fact that triplicate prescription states had lower rates of lethal overdoses led the authors to conclude “that the introduction and marketing of OxyContin explain a substantial share of overdose deaths over the last two decades.”

According to this paper, death rates from opioid overdoses could have been reduced by 44% between 1996 and 2017 had triplicate prescriptions been implemented in nontriplicate states.

Importantly, the relationship between triplicate prescription programs and opioid overdose deaths held true even when economic conditions were taken into account, which shows that poverty alone did not contribute to the opioid crisis — aggressive marketing to doctors and the ease with which patients could get the drugs were an inescapable part of the problem.

Pain as a Source of Addiction

Naturally, physical pain is also a driving force behind the opioid epidemic, especially the inappropriate treatment of back pain with opioids and dentists’ habit of prescribing narcotics after wisdom tooth extractions.

(While American family doctors prescribe an estimated 15% of all immediate-release opioids — the type most likely to be abused — dentists are not far behind, being responsible for 12% of prescriptions, according to a 2011 paper in the Journal of the American Dental Association.)

Statistics suggest 8 in 10 American adults will be affected by back pain at some point in their life, and low-back pain is one of the most common reasons for an opioid prescription. This despite the fact that there’s no evidence supporting their use for this kind of pain. On the contrary, non-opioid treatment for back pain has been shown to be more effective.

Research published in 2018 found opioids (including morphine, Vicodin, oxycodone and fentanyl) fail to control moderate to severe pain any better than over-the-counter (OTC) drugs such as acetaminophen, ibuprofen and naproxen, yet most insurance companies still favor opioids when it comes to reimbursement, which makes them culpable for sustaining the opioid crisis, even as doctors and patients try to navigate away from them.

As noted by Dave Chase, author of “The Opioid Crisis Wake-Up Call: Health Care Is Stealing the American Dream. Here’s How to Take It Back,” in an article for Stat:

“Our entire health care system is built on a vast web of incentives that push patients down the wrong paths. And in most cases it’s the entities that manage the money — insurance carriers — that benefit from doing so …

An estimated 700,000 people are likely to die from opioid overdoses between 2015 and 2025, making it absolutely essential to understand the connections between insurance carriers, health plans, employers, the public, and the opioid crisis.

We will never get out of this mess unless we stop addiction before it starts … the opioid crisis isn’t an anomaly. It’s a side effect of our health care system.”

According to the American College of Physicians’ guidelines, heat, massage, acupuncture or chiropractic adjustments should be used as first-line treatments for back pain. Other key treatments for back pain include exercise, multidisciplinary rehabilitation, mindfulness-based stress reduction, tai chi, yoga, relaxation, biofeedback, low-level laser therapy and cognitive behavioral therapy.

When drugs are desired, nonsteroidal anti-inflammatory drugs (NSAIDs) or muscle relaxants should be used. Opioids “should only be considered if other treatments are unsuccessful and when the potential benefits outweigh the risks for an individual patient,” according to the American College of Physicians’ guideline.

It’s vitally important to realize that opioids are extremely addictive drugs that are not meant for long-term use for nonfatal conditions. Chemically, opioids are similar to heroin, so if you wouldn’t consider using heroin for a toothache or backache, seriously reconsider taking an opioid to relieve these types of pain.

If you’ve been on an opioid for more than two months, or if you find yourself taking a higher dosage, or taking the drug more often, you may already be addicted. Resources where you can find help include the following. You can also learn more in “How to Wean Off Opioids.”

The good news is that many types of pain can be treated entirely without drugs. Recommendations by Harvard Medical School and the British National Health Service include the following. You can find more detailed information about most of these techniques in “13 Mind-Body Techniques That Can Help Ease Pain and Depression.”

In “Billionaire Opioid Executive Stands to Make Millions More on Patent for Addiction Treatment,” I discuss several additional approaches — including helpful supplements and dietary changes — that can be used separately or in combination with the strategies listed above to control both acute and chronic pain.

In this article:opioid crisis, poverty 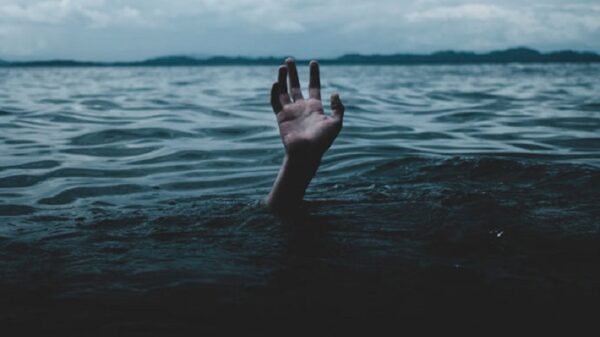 Last days of the sinking ship? When will the economic collapse occur and how will it affect our lives?

We used to think that after the economic crisis comes the recovery of the economy, so we need to adapt to the new conditions... 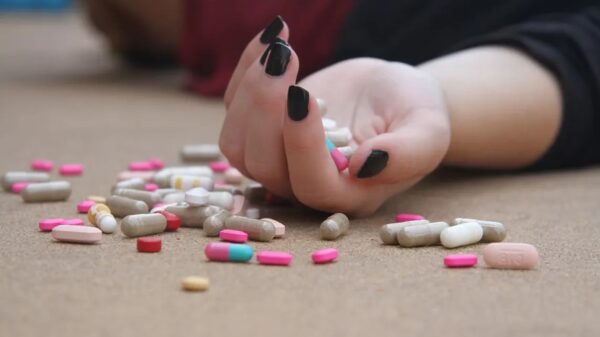 More than 80,000 people died from opioid overdoses last year, the majority from synthetic opioid substances such as fentanyl. This narcotic pill, fentanyl, is... 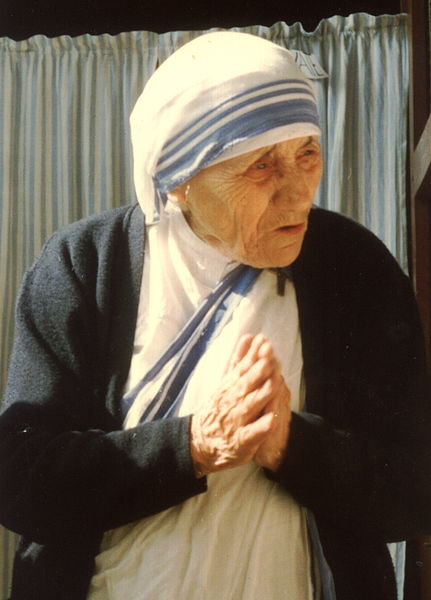 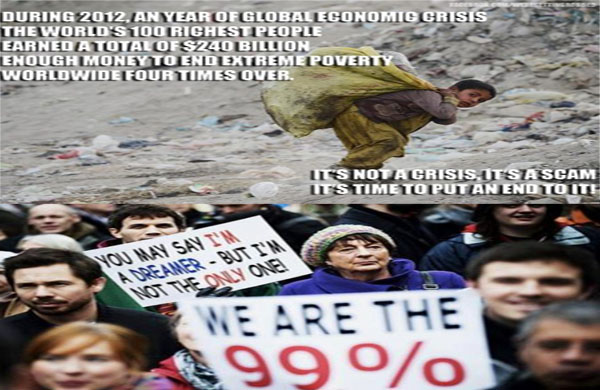 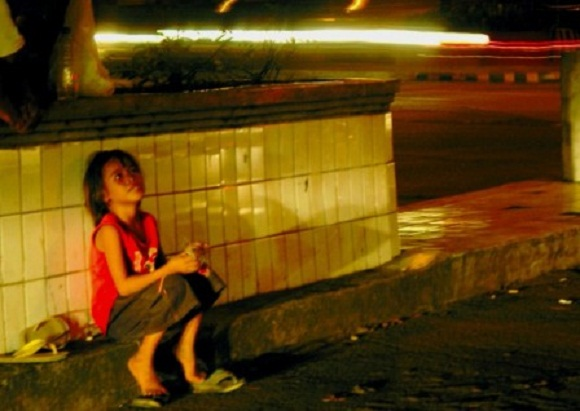 Poverty: Half The World Lives On Less Than $2.50 A Day

Almost half of the world-over 3 Billion people- has to survive with less than $2.50 per day. The current events unfolding in Thailand, India...