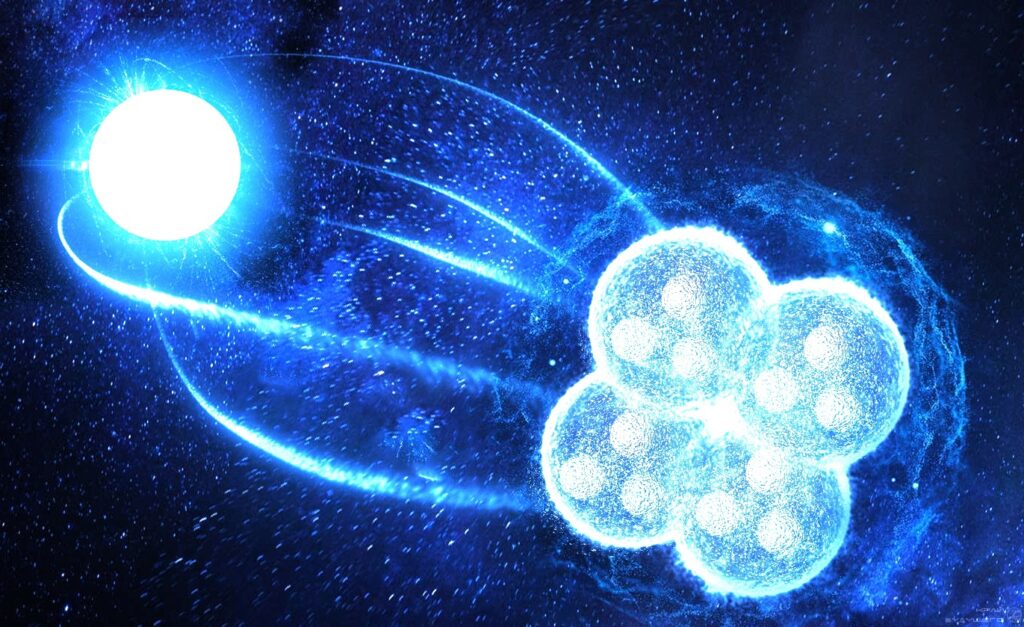 The tetraneutron emitted by a neutron star in artistic representation.

An experiment carried out by an international group of nuclear physicists has shown that a tetraneutron, an exotic particle consisting of four neutrons, may well exist in our universe.

The existence of such an unusual particle contradicts modern nuclear models, and the study of its properties may be useful for a better understanding of the neutron matter that make up neutron stars. The study was published in the scientific journal Physics Letters.

Scientists have long been interested in the question of the possibility of the existence and creation of quantum systems consisting only of neutrons. The dineutron (a quantum system of particles consisting of two neutrons) turned out to be an extremely short-lived quasiparticle, having existed for only a few zeptoseconds (0.0000000000000000000001 sec).

The tetraneutron, consisting of four neutrons, had never been observed before, and in general its existence was in doubt. However, a group of physicists from Germany, Saudi Arabia and Sudan, led by Thomas Festermann, managed to find traces of the elusive quasiparticle, and moreover, their measurements showed that a tetraneutron (unlike a dineutron) can be as fairly stable as the neutron itself!

So far, the quadruple quantum system is not yet fully confirmed. There is a negligible (0.3%), but still, the error that the picture observed during the experiment can be explained by the usual radioactive decay of some nuclei. Nonetheless, the team is optimistic, confident in their discovery and looking forward to independent confirmation from other peers.

“What we observe must be explained only by the existence of the tetraneutron. This is the only physically plausible explanation for our results so far”.

The discovery of the tetraneutron for nuclear physicists will be an important event, since it allows us to check how our modern concepts of the quantum world are almost “in practice”, to understand the physics of neutron matter, of which neutron stars are composed, and this is by no means all!

It is possible that the synthesis and study of the tetraneutron can “give” people a new matter that we could previously only dream of in science fiction. We are talking about neutronium – a heavy, radioactive exomatter that consists entirely of neutrons and, presumably, is an absolutely compressible absolutely chemically inert gas that cannot be converted either into a liquid or a solid state.

In theory, nuclear physics allows this to exist: in addition to the tetraneutron, there may be a more exotic octaneutron – a quasiparticle consisting of eight neutrons. It may turn out to be stable neutron matter. In 2013, nuclear physicists from the Tomsk Polytechnic University in Russia tried to find an octaneutron during the decay of the California-252 radioactive artificial metal, but what they observed was most likely only the emission of alpha particles. The search for the octaneutron continues. 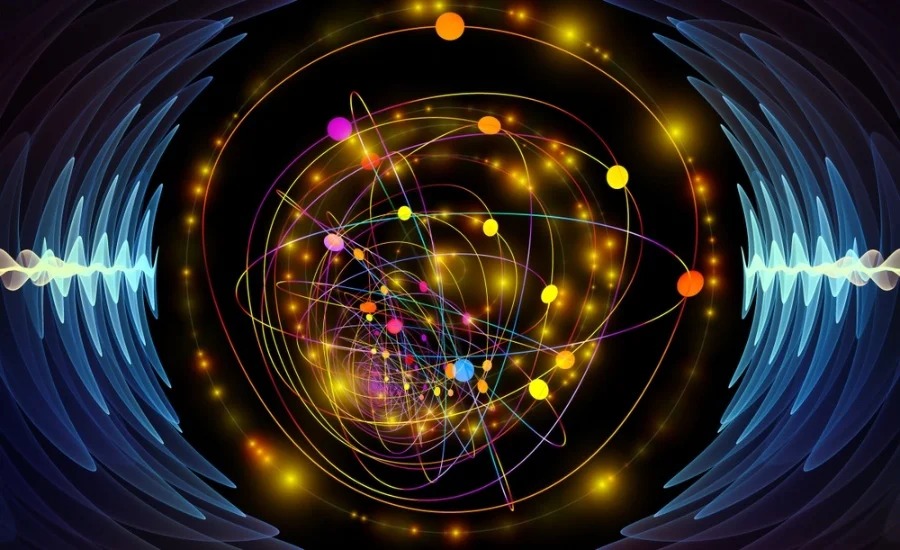 Physicists have discovered a group of immortal quantum particles

Nothing lasts forever, right? People, planets, stars, galaxies, and maybe even the Universe itself, have their own lifespan. However, the quantum world has its...