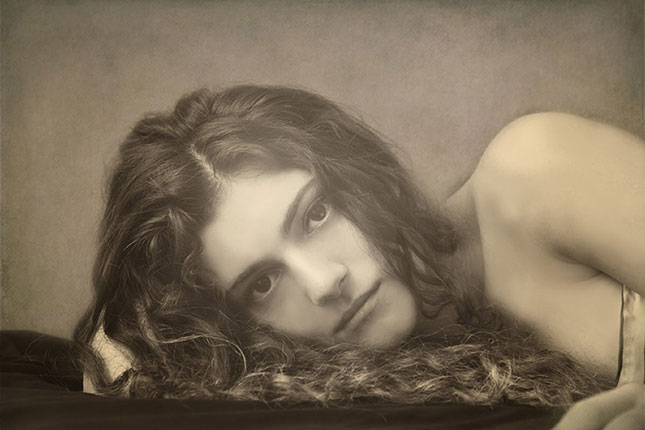 How can you tell if you are an old soul?  Are there differences in traits or behaviors? What signs can I look for that can help me differentiate the difference?

Generally speaking, we are all old souls, but some of us have been here longer than others.

The word “old” is only relative to time.  Because time is linear and our souls are eternal, 10,000 years would be the blink of an eye.

Dolores Cannon believes that we need to incarnate many, many times as inanimate objects, plants and animals before we can become human.  Then, as humans, we still need to incarnate many, many times to learn all of the lessons we came here for.  For example, according to Cannon, we all had to be an air molecule and a drop of water to learn what it’s like to work together as ONE.

So, how can you tell if you have an old soul?

You understand many of life’s deeper lessons.

For some people, it is hard to fathom that the soul of a child may be much older than the soul of his or her parents. For these particular people, this is a sign that their soul might be younger than yours.  When you begin to understand why you keep incarnating to this 3rd dimensional reality, it becomes similar to the movie, Groundhog Day, where Phil wakes up each day to find out that it’s still February 2nd until he learns how to remove his ego and starts doing kind deeds for others.

But for the sake of understanding how old your soul may be, we’ll continue!

You are in touch with your natural abilities or have an extreme interest in these abilities.

Some people are born with innate gifts, such as special healing abilities or psychic abilities.  The truth is that we all possess these abilities, but an older soul is more in tune with how to access and implement these abilities in the name of humanity. If you don’t have any particular ability, but have a strong interest in them, this is simply your soul trying to recall these abilities that you may have had in a previous lifetime.

You understand the importance forgiveness.

Some people are old souls who still have much to learn because they are trapped inside the box with their ideologies, are stubborn or have not learned the importance of forgiveness. By forgiving yourself and others, we can release any karma between these people.

It’s nearly impossible for anyone to completely transcend ego 100% of the time but simply being aware of our ego and how it plays against unity consciousness is a definite sign on an old soul. On the other side, there is no ego.  During your life review, you will re-live your ego and will see how it affected others, as well as yourself.  At this point in “time”, you will probably make a soul contract with the hopes of overcoming ego and atoning for whatever ego issues you had in your previous incarnation.

Money and materialism are products of this 3rd dimensional reality and it’s easy to succumb to materialism, especially when it’s in your face through advertising, programming and peer pressure. An older soul realizes that money is non-existent on the other side and it generally takes away from who we truly are as spiritual beings.  Those who are older souls will generally use money as a tool to either help facilitate their spiritual progression through spiritual retreats or by possibly creating a lavish feng shui home decorated with spiritual meaning versus the most luxurious furnishings.  They may also use their money to help others who are less fortunate.

You are able to understand the concept that your body is a shell for your soul.

Before you were born, you not only chose your parents, you also chose your life situations and challenges that would help to facilitate your spiritual growth while atoning for any previous karma. The body that you are currently in is simply a vessel for your soul.  Your name is what your soul currently refers itself as, but in previous lifetimes, you had many different names and you have lived many previous lives as either a male or a female.  Your name and title are both associated with ego because ultimately, you are infinite consciousness and we are all on the same team.

You seem to have a special connection to eras long before you were born.

Did you ever watch an old movie or see some artwork from a specific era in time and have a connection to that era?  Chances are, you lived a previous life during that time period and this is your cellular memory letting you know!

You have an understanding of what you need to do to complete your spiritual progression.

Just by making it this far, you are more awakened than most people on this planet.  You have an understanding of Universal laws and what is left to do on your soul contract.  Even if you are not specifically sure of either, your higher self and spirit guides will continue lead you in the right direction.

You have a strong feeling that home isn’t Earth.

Did you ever look at a random area of the sky and star at an unknown star for no particular reason?  Do you have a special connection with specific star systems such as the Pleiades or Orion’s Belt?   Do wars and corruption make you feel uneasy, as if they didn’t exist where you originally came from?  Are you one of the souls who volunteered to come here at this specific point in time to help with the Earth’s ascension?  If you answered yes to any of these questions, then chances are, Earth is not your home planet.

You tend to be a loner.

The stigma on the word loner is often condescending, but those who are old souls are merely looking for other fragments of themselves and will often distance themselves from younger souls who need more incarnations into a 3rd dimensional planet. Older souls will seek out other like-mided people because there’s a comfort and familiarity with these types of people who will help to facilitate each others spiritual progression.

You have a rebellious nature.

Whether you rebel from religion, laws or anything else, this is a sign that your soul knows the only true laws… the Laws of the Universe.  While you respect the reasoning and intention behind laws and religion, you might not be compelled to use these as absolute laws when you know there are a set of higher laws that are intended to facilitate our spiritual progressions.

You have a burning desire to attain truth and inner wisdom.

Many older souls can easily see through the lies we’ve been taught through religion, politics and through our educational facilities.  While they realize they are all one with the universe, they also want the truth exposed to help other people’s awakening process.  They also continue to seek knowledge in the spiritual, metaphysical and esoteric fields and will absorb this information much easier than anything they were taught in school.

You are not controlling of others.

Older souls are more accepting, not just of other people, but of circumstances as well.  For example, while you don’t approve of the corruption within politics, you understand how the corruption will help to awaken other people to the truth.  You respect the free will of others and are more likely to use tact than verbal demands of others.  You tend to be more of a team player than anything else.

You sense a separation between yourself and the “real world”.

As you transcend ego and materialism, you find yourself living a different lifestyle.  While this lifestyle is unique to your current incarnation, there also seems to be a familiarity of the direction you’re heading.

You are curious whether you’re an old soul or not.

Many young souls wouldn’t ask this question or much less be concerned about it.  While many older souls aren’t concerned either, for different reasons, they simply “know” they’re old souls, but it’s nice to have affirmations that coincide with your spiritual progression.

There are many lessons we have learned throughout our lifetimes, all of which has culminated into this particular incarnation.  All of your previous life incarnations are embedded into your cellular memory and can be recalled through past life regressions.  Most of the people on this planet are old souls, yet many remain unawakened and still have a lot more to learn and will need several more incarnations to a 3rd dimensional planet.

Many of those who are awakened will probably move on to their next level of spiritual progression.  It’s important to remember that this is not a race because in the end, we all win.  Enjoy every millisecond in this incarnation because this may be the last time you’ll ever experience a 3rd dimensional reality!

This article appeared at in5d.com.

In this article:old soul, spirituality 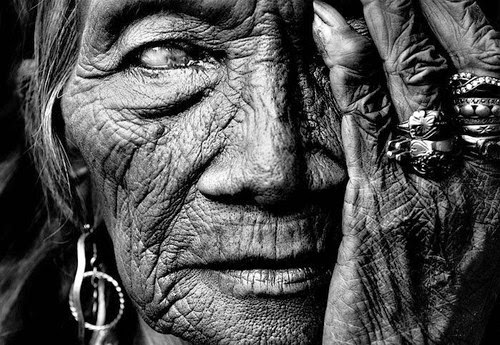 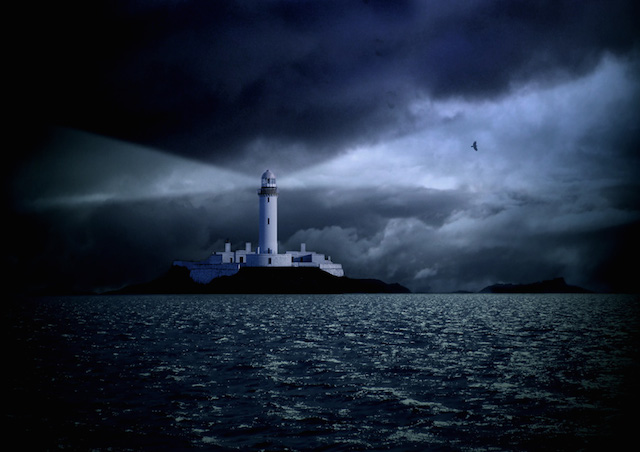 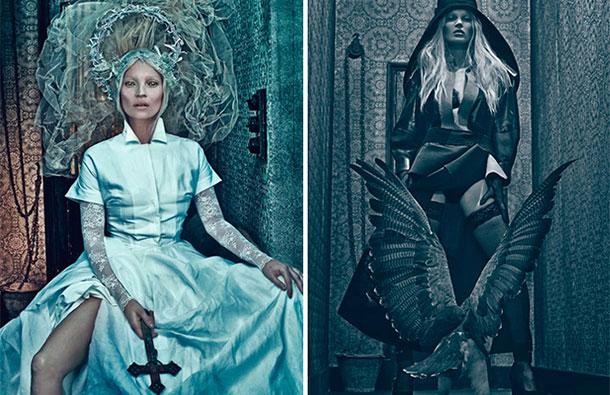 For people at high risk of depression because of a family history, spirituality may offer some protection for the brain, a new study hints.... 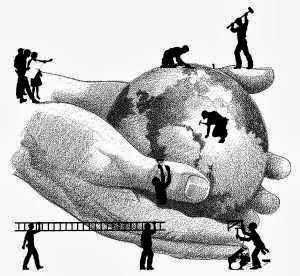 Ready to remake the Earth? Call Out For Volunteers to Help us Fix the Planet!

Source Our mission is the same for all of humanity. We want to fix the problems we have in our world and we need...