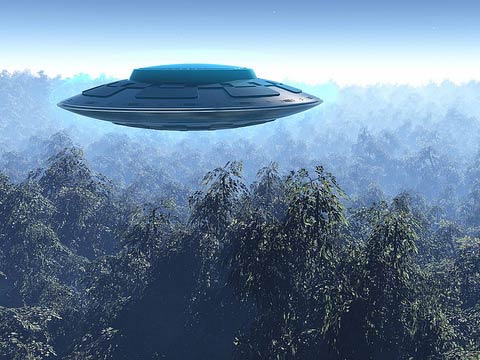 In the first video, Dr. M.T. Keshe, an Iranian nuclear physicist and the founder of KesheFoundation.org, talks about the flaws of conventional science and why we need to steer away from the paradigm of conventional science. The problem with conventional science is that it has become like a religion. Anyone who question its paradigm are threatened and ridiculed by the people who control conventional science. For this reason, conventional science is not really science anymore.
One of my favorite parts of the video is when Dr. M.T. Keshe talks about the relationship between gravity and magnetic fields and how they hold the key to creating a flying vehicle that can travel at superluminal speeds, even faster than the speed of light. According to conventional science, traveling faster than the speed of light is impossible. Although, new discoveries in particle physics are forcing physicists to question the theory that claims nothing can travel faster than the speed of light.
According to my current understanding of physics, Dr. M.T. Keshe is right in many ways when he talks about the structure of the Universe and how free energy and antigravity work. His explanation of the Creator also correlates well with my explanation.
If Dr. M.T. Keshes technologies become available to the world and are used in harmony with nature, they could revolutionize the energy, health care, and technology system. Space travel could be very affordable in the very near future. More importantly, free energy technology will dramatically improve our standard of living, making poverty a thing in the past. This is because energy is the core determination of prices of goods and services. If only his free energy devices were based on the laws of Life Science, the energy produce by them would last forever.
In my earlier article titled Are You Ready for the New Paradigm?, I said that free energy and antigravity were available in the early 1900s, but the Controllers suppressed them by buying them off the market. The inventors who refused to sell their alternative energies were threatened or destroyed financially. Some were even thrown in prison by false accusations or assassinated. Since Iran is heavily experimenting with free energy and antigravity, could this be one of the main reasons why our Western government is spending so much time and money to convince us to support a war with Iran? My intuition is telling me that this is one of the main reasons why the malicious faction of our government wants to attack Iran.
As described at YouTube.com.
21st Century Wire reporter Patrick Henningsen investigates the groundbreaking free energy science and advanced space ship technology brought forward by Iranian nuclear physicist, M.T. Keshe, head of the Keshe Foundation in Belgium. Keshes recent lecture on Jan. 30, 2013 at Imperial College in London, revealed some incredible information about Irans space ship program, and also about a Peace Treaty which is currently in the hands of the worlds super powers, as we wait to see if the the worlds super-powers will continue to cover-up these new breakthroughs that allowed Iran to apprehend two US drones, applications in faster than light travel, nuclear gravity-magnetic field plasma science and advanced medical treatment for the terminally ill. The implications of what Keshe has revealed is potentially world changing.

21WIRE: Keshes Free Energy Technology Will Make Todays Military Useless
The second video goes more in depth about the Keshe Foundation and the benefits of its technologies. According to Dr. M.T. Keshe, the technologies developed by Keshe Foundation could one day make propulsion obsolete, cure incurable diseases (e.g. cancer), give us very cheap energy, and help create new materials that have not been discovered by modern scientists. If you are interested in these subjects, this video is a must watch!