On September 15, the inhabitants of Mexico, who live on the outskirts of the Chihuahua Desert, posted on the Web very terrible changes in the surface of the earth: deep cracks formed in the territory for unknown reasons. The dips were about three meters wide and one and a half meters deep.

The cracks stretched for several kilometers. Geologists are now diligently studying the incident. According to their data, the crack begins 500 kilometers from the southern edge of the well-known San Andreas fault.

Perhaps the situation is somehow related to the processes occurring in the fault. It is not known where the rift actually goes. It was studied mainly at the epicenters of earthquakes; none of the scientists looked into the bowels of the lithosphere.

Maybe the rift is indeed connected to the Chihuahua Desert. If so, it means that soon San Andreas will show itself, the earth will tremble.

According to another theory, swarms of earthquakes in the Atlantic could have caused the cracks. The last seismic event with a magnitude of 7 was recorded there on September 19.

The Atlantic is located farther from the San Andreas Fault, but it can speak of a global process taking place. So, for example, after the first incident in the Atlantic Ocean, the bottom of the Indian Ocean shuddered, then the Pacific. You can observe a certain circle along which events take place. Maybe soon mysterious faults will appear in the most unexpected places.

Scientists are more inclined to the option that tectonic shifts are taking place under Mexico. So, this summer after a strong earthquake, part of Mexico moved 45 centimeters. The awakening of a powerful volcano is not excluded. Some experts believe that North America could eventually split in half. 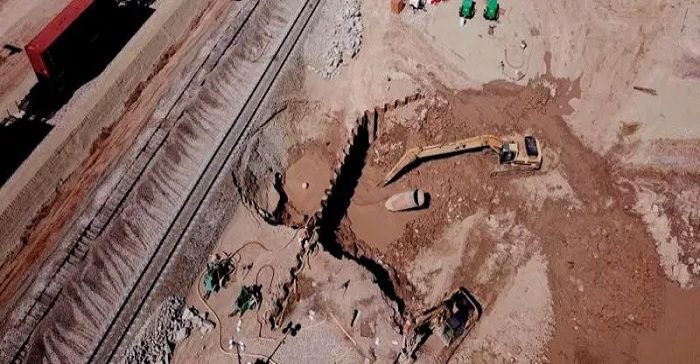