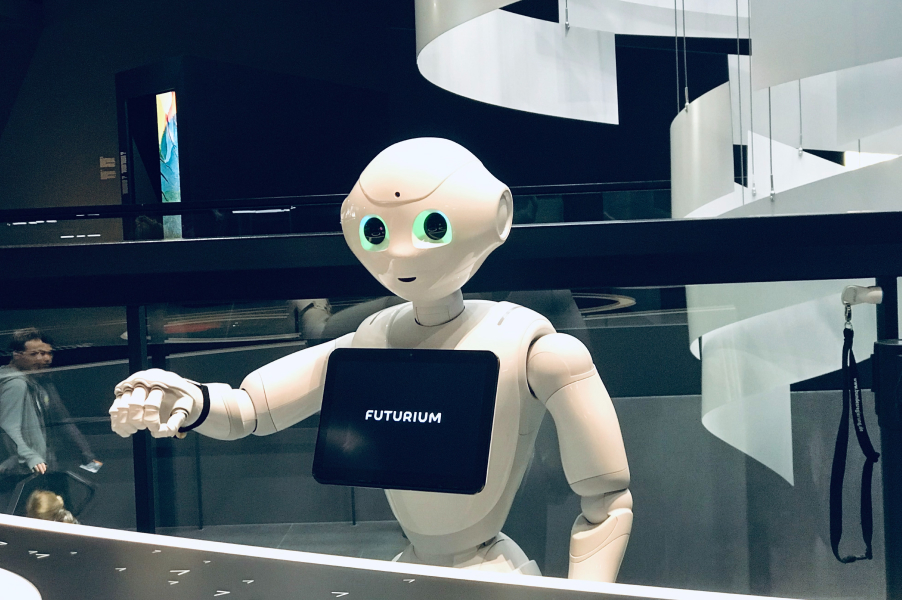 2020, without exaggeration, has become a turning point for all of humanity. If someone has not yet understood, we will not return to our former life. Now, what was taken for granted, simple things – trips abroad, shops without security guards measuring the temperature at the entrance, but simply the opportunity to work without fulfilling any additional conditions from the employer – all this remains in the wonderful past.

Because the first step towards Inclusive Capitalism has been made, the world behind the scenes happily rubs its hands, and Big Pharma counts multi-billion dollar profits and is not going to stop there.

Big Date is also not lagging behind – life is gradually flowing into the world wide web: shopping, distance education, a QR code system and remote work – all this helps to build up the muscles of AI based on ecosystems (as they turned everything upside down again, because an ecosystem is an interaction organisms with the environment in a certain area of ​​our planet, and not a person with artificial intelligence).

So what kind of beast is this inclusive capitalism? As usual, let’s start with Wikipedia:

Inclusive capitalism is a global movement that brings together the efforts of civil society, government and business to create a fairer and more equitable system of distribution of values ​​in the economy and to solve the problems of growing inequality in income and wealth.

It seems that good goals were voiced, because it was because of inequality that all wars and revolutions on earth were committed, and here – on you, Klaus Schwab was worried about the low level of well-being of citizens!

Inclusive capitalism is another of the many bourgeois theories of general welfare, which the owners of world money periodically feed society in difficult times, trying to distract from the desire to fight for political rights. Capitalism is in crisis, it is exhausted, – as Soros said, “there is no more music, but they are all dancing.”

But back to the title of our article and to that young lady, meet the former Minister of the Environment, and now a member of the Danish parliament Ida Oken (Auken).

A theologian by training, she has written several books, such as “Jesus Goes to the Movies – the Figure of Jesus in Modern Films”, “Constellation – the Church and the European Project”, “Life After Death – in the Great World Religions”.

This is what we are talking about – now we will consider a small essay from the pen of this lady, which she wrote back in 2017. It’s just that everyone understands that what has been written is not a figment of the fantasy of a high school student in an essay on a free topic, but the position of a mature person, a high-level official, who has been studying world religions all his life.

We will give the full text of this opus, it is small in volume.

So, Mrs. MP writes in the first person about her life in the city (supposedly, in Copenhagen):

Welcome to 2030. To my city – or rather, to our city. Nothing belongs to me. I don’t have my own car. There is no home. I don’t even have my own technological devices and clothes.

All this may seem strange to you, but this is a reasonable solution for the city. Everything that people used to see as a product has now become a service. We have access to transportation, accommodation, food and everything else we need. One by one, all of these things became free, so owning something just didn’t make sense.

One of the first was free communication. Then – pure energy, and then everything started spinning. Transport has plummeted in price. Personal cars were not needed – people were able to call an unmanned or flying car in a few minutes. We began to move around the city in a much more organized manner, and public transport became faster and more convenient than a private car. I can’t believe that we once came to terms with traffic jams and pollution that a car brings. What were we thinking?

Sometimes I use a bicycle to get around – usually when I go to visit friends. I enjoy such trips. In them I find myself. Interestingly, some things have not lost their charm: walking, cycling, cooking, painting, growing plants. They remind us that our culture originated in close connection with nature.

In the city, no one pays for the rent of premises, because everyone can use any free space whenever they want. For example, business meetings take place in the living room of my apartment when I am not at home.

Sometimes I cook myself. It’s very simple – I can get everything I need for cooking in a few minutes. When transport became free, we stopped storing household appliances at home. Why keep a noodle cutter in the kitchen when you can just order what I need when I want to?

We have advanced in the development of a circular economy (. When products are converted into services, everyone is no longer interested in things with a short life cycle. The emphasis is on durability and maintainability.

Any materials can be reused to produce something new. There are no environmental problems for us – we use clean energy and clean production methods. The air is clean, the water is clean, and none of us dares to touch nature – it is too valuable and contributes to our well-being. There are many green spaces in the cities. I still can’t figure out why in the past we used to build up every vacant place in the city with concrete.

Shopping? I don’t remember what it is. Most of us now just choose the things we would like to use. Sometimes it is fun, and sometimes you want technology to make that choice for you. They know my tastes better than I do.

When artificial intelligence and robots took over most of our work, we had time to eat, sleep, and hang out with friends. We can work at any time. I don’t know if we can continue to call it work at all. Rather, we now have time for reflection, time for creativity, and time for bringing ideas to life.

People outside the cities live a different life

At first, people perceived new opportunities as a chance to spend time having fun. They didn’t want to ask themselves difficult questions. We’ve only recently figured out how to use technology for good, not to kill time.

Most of all I am concerned about people who live outside the city. We lost them along the way. They decided that so many new technologies were not for them. They felt old and useless when artificial intelligence took over our work. They were upset by the new political system – and they turned against it. They live a different life. Some have formed small communities and support themselves on their own. Others simply occupied abandoned houses and villages.

At first it annoyed me that I no longer have a personal life. There is not a single place where I could go and it would not be registered. I know that somewhere there are records of all my actions, dreams and thoughts. I hope no one will use them against me.

I love our life. It is much better than the one we lived before, until it became clear that it could not continue this way. Terrible things happened: climate change, disasters, refugee crises, the environment only got worse. Cities were overcrowded, water and air dirty, social unrest was everywhere, and unemployment was on the rise. We lost too many people before we realized we could have lived differently.

Do you know what the revelations of this pretty person remind us of? The D

description of the life of 100 million people from the “golden billion” that has set everyone on edge. The remaining 900 million are plowed for the new elite or are hiding in remote farmsteads.

Someone will say: “So what? An emancipated Danish woman wrote some nonsense, and so what?” So, but not so … All big things begin with small steps, with the preparation of public opinion. Look around, see how many young people have given up meat and are sorting household waste (which will then be dumped in a common heap at a landfill), justifying their actions with the fight for the environment.

Namely, through the green agenda, global structures are trying to destroy national economies. They do not need industry – everything that brings them income has long been built in China.

And then a tragedy happens at a drilling rig in the Gulf of Mexico, Fukushima flies into the air, diesel fuel spills near Norilsk – the consequences of these accidents for the environment cannot even be predicted. And billions in compensation won’t help. And we will continue to separate glass from plastic and paper, because this is not about ecology, but about training.

Or here’s another modern trick – the idea of ​​conscious consumption. Through it, the owners of world money teach people to give up excesses: a pair of jeans, two T-shirts, sneakers and a jacket – everything that can fit in a backpack. No tie to one place – so down with your own home. But your house or apartment is a feeling of protection from the restless world around you.

Knock a private property stool out from under a man’s feet – and here it is, hanging on a string and jerking his legs, do whatever you want with it. You can loosen the rope under certain conditions, or you can leave it like that – the carbon footprint in the atmosphere will decrease.

And one more thing: after reading this opus, completely different lines came to memory written many years ago by Dina Rubina in the story “Villa Consolation“:

It happened that at the beginning of that autumn, on my birthday, I woke up in Rome, in a hotel on the via Sistina – as always, at five thirty in the morning.

At first I lay motionless, watching the stalk of sunlight creeping insinuatingly along the high ceiling, and thought: I am a happy person, I am fifty, my parents are alive, and I am in Rome …

I’m fifty, I thought, carefully turning this and that new, deafening date, I am a happy person, I have written some books … my children are with me, and my parents are alive, and I am fifty, and I am in Rome, I am in Rome , I’m in Rome!

After all, all these stuffing into the Internet space is not accidental. No one can abolish the rule of free will. Therefore, the world behind the scenes shows us their desires through cinema, books or such cute essays.

We ourselves choose – to continue to flaunt our life on social networks, to trust artificial intelligence with the right to make a choice for us, to continue delegating most of our powers to smart machines, or rather to their owners. Or distance yourself as much as possible from this digital frenzy. Everyone should answer this question for himself. 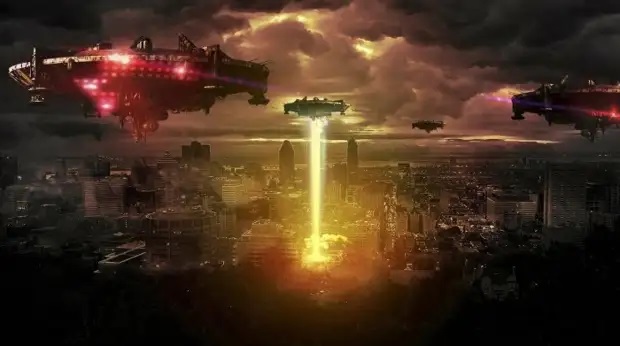 Under the guise of re-defining and improving what they inaccurately called “capitalism,” top insiders representing institutions that control some $30 trillion in assets met...