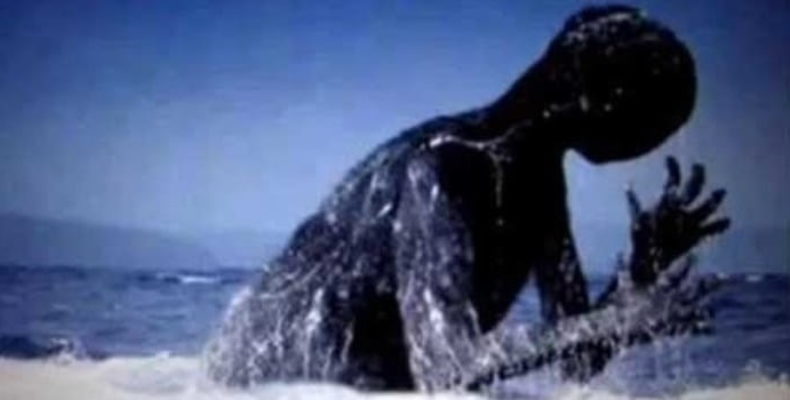 Since the early 2000s, there have been rumors of a creature allegedly spotted by Japanese researchers in the Antarctic. Since the appearance of the first messages, interest in this mysterious creature has grown, fueled on the Internet by alleged photos and videos. The creature was named Ningen, a Japanese term meaning “man.”

It is unclear when the Ningen was first seen, but the most popular version of this appears to come from a 2chan blog post. The blogger claimed to have collaborated with a whale-owned state research institute. He was allegedly told the story of a meeting with a mysterious creature. The crew initially suggested that it was a foreign submarine. However, when an unknown large object approached, the sailors realized that it was a living creature.

This topic gained great popularity, which only increased when an article about Ningen was published in 2007 in the Japanese magazine MU, devoted to paranormal phenomena. The article deserves attention not only because of the growing interest in Ningens in Japan, but also because it contained an image of Google Maps, which, presumably, was this creature.

After the article was published, numerous photos and videos began to appear on the Internet, which allegedly depict the creature. Some photos of Ningen can be traced at least until 2006, which suggests that these images may have preceded the creature’s popularity.

Judging by eyewitnesses, the length of the Ningen is estimated at 20-30 meters. It is completely white and has a human shape. Messages diverge depending on whether he has legs, five-fingered hands or even fins, a tail, like a mermaid or tentacle. Eyewitnesses seem to agree that Ningen does not have any distinctive features that could be spoken of, although he has a mouth and eyes. In a Gaia.com article, the creature, in particular, is described as “with a small slit-like mouth and two empty eyes .”

There is no convincing evidence to support the existence of Ningen. However, since in most cases an unidentified creature may be mentioned, this did not stop the rampant speculation on the Internet.

One theory is that Ningen, whatever it may be, is capable of producing a rare chemical compound that has healing properties, or that it is very toxic, and the government intends to investigate this creature.

Possible photograph of the mythical Antarctic-dwelling cryptid, Ningen. I do not have the source of this image, so I have no idea wether or not it was forged. However, it is most likely a fake. ❗️FOLLOW FOR MORE CRYPTID POSTS!❗️ If you have a cryptid photo or story you would like to share, DM or Email me at [email protected] and your contribution may be posted on here. – – – – – #cryptids #ningen #Antarctica #monster #cryptid #encounter #mothman #bigfoot #sasquatch #chupacabra #chicagomothman #owlman #pointpleasant #bigfootencounter #sighting #monstersighting #creatures #spotted #monsterspotted #cryptidspotted #realcryptids #reallifecryptids #monstercryptid #yeti #lochnessmonster #flatwoodsmonster #nessie #everythingcryptids

Some went even further with this conspiracy theory , suggesting that numerous low-quality photos and videos are in fact a government disinformation campaign in an attempt to discredit factual evidence of Ningen.

However, the lack of high-quality photographs was also explained by the fact that the observations appear to occur most often at night, which complicates their documentation.

There were also rumors that men in black came to eyewitnesses. This, of course, is not confirmed (because “men in black” would not be true professionals if there was convincing evidence of their visits), and it is unclear whether this implies that the Ningen is of alien origin?

Due to the alleged elusiveness of Ningen, cryptozoologists were not able to directly study the creature. Because of this, all information comes from eyewitnesses and photo and video evidence, often of poor quality, such as the following:

Based on available data, some suggest that Ningen cannot be a living creature at all, as many photos of the creature look more like blocks of ice. Those who think that Ningen is a living creature consider him a giant albino stingray, white whale or beluga whale. Some explanations have gone so far as to suggest that it could be a water sloth or even a mermaid, an alien, or some previously unknown species of aquatic humanoids.

Those who do not believe in the existence of Ningen have been suggested that the stories of this creature are just a modern embodiment of old tales of sea monsters.

Some experts made a connection between the stories of Ningen and Ningyo, a creature from Japanese folklore.

Ningyo is a term meaning “human fish”, although it is often translated as “mermaid”. This fish-like creature is described as having a monkey mouth, small teeth, golden scales and a quiet, flute-like voice.

It is very tasty, and the use of its meat in food significantly increases a person’s life span. However, they say that catching a ningyo brings storms and misfortunes, so if a fisherman ever caught a ningyo, he usually released it back into the sea to avoid possible consequences. Seeing a ningyo ashore is considered an omen of war or some other great calamity.

Perhaps, given that rumors about Ningen originate on a Japanese site and are further popularized by a Japanese magazine, they may turn out to be a modern interpretation of folklore about Ningyo.

So what (or who) is Ningen? Well, that could be pretty much anything. Personally, we are inclined to believe that this is a natural evolution of ancient folklore, adapted to modern times. But, true, this is not as interesting as a giant monster hiding somewhere in the waters of the Antarctic.

Advertisement. Scroll to continue reading.
In this article:Antarctica, Ningen