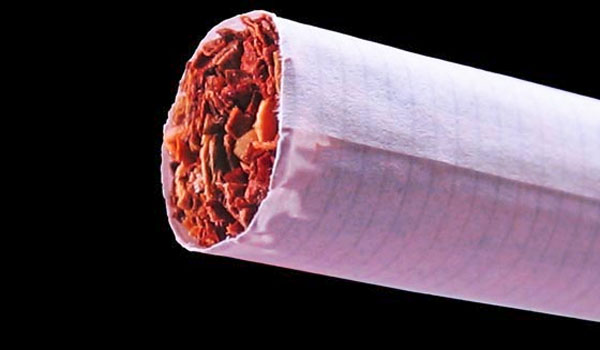 GMO tobacco means that scientists in labs are injecting or infusing the genes of bacteria from the DNA of other living things into the seeds of the tobacco plant. GMO tobacco also means that pesticide and herbicide are inside the tobacco plant, and that farmers who use GM pesticides are spraying up to TEN TIMES MORE RoundUp and other poisons on the crop, adding exponentially to the toxicity of the smoker’s nightmare, where these bug and weed killers are mixed with bacteria in the lungs, the heart and the brain, compounding the inability of the pack-a-day smoker to ever quit the habit. (http://www.naturalnews.com/039233_tobacco_ammonia_cigarettes.html)

Let’s examine what is occurring every time someone smokes a genetically modified cigarette. When the cigarette burns at 1700-degrees Fahrenheit during the inhale, the pesticide is mixed with ammonia-treated nicotine, and creates a chemical cocktail for the central nervous system to engage. The vicious cycle deepens. (http://www.naturalnews.com/036175_smoking_addiction_hangover.html)

The entire genetically modified (GM) tobacco industry, otherwise known as “Big Tobacco,” wants the BUD WORMS AND HORN WORMS dead. It’s as simple as that! Their ultimate goal is making more money using biotech “engineering,” all at the cost of human health. You see, by digesting bacteria and “biochems,” which destroy the digestive tracts and the reproductive abilities of insects, worms, beetles and the like, humans are destroying their same genes. In America, it’s legal to “slow kill” people, by manufacturing and selling carcinogens, especially when those consumers “know” there is a risk. But who REALLY knows the risk, because if you don’t understand GMO, you have no clue the extent and depth of that risk, hence the junk science of bad food and tobacco addictions. Long term problems have now become SHORT TERM health destruction problems. Think about genetically modified corn, soy, cottonseed, beets and canola as you read the following about tobacco pests and GM pest fighting chemicals:

The tobacco budworm (Heliothis virescens): A devastating insect pest of tobacco and cotton, the budworm is an inch and a half long, pale green in color and has pale stripes. The female moths lay their eggs in the bud of tobacco plants and the tiny larvae begin feeding in the unfolded leaflets of the plants, which leaves the plants ragged looking. Once these caterpillars burrow deep into protective foliage, insecticide sprays don’t reach them, plus, once the budworm matures, it becomes resistant to most insecticides anyway. This is why the giant agricultural biotech firm Monsanto creates genetically modified plants, my friends, to kill the pests from the inside out. This translates into irritable bowel syndrome (IBS) and leaky gut syndrome for humans. This is digestion and lung destruction. This is prostate and bladder cancer. These mutations are birth defects being generated in food and tobacco. See how quickly it all adds up? And what do the killers recommend you use for your own garden pests? They say use more chemicals that cause cancer, like bleach, cascade, Bayer’s “suspend,” do it yourself pro-grade, “RoundUp,” Royal pest control and “Miracle Grow.” (http://www.ehow.com/info_7920787_insecticide-bud-worms.html). And what is prescribed later for pesticide disease (cancer)? Chemotherapy. Chemo is just more chemicals for that chemically driven disease.

The tobacco hornworm (Manduca sexta): The hornworm is one of the largest insects that damages tobacco. The larvae are greenish in color with white bars on their sides and a reddish horn projecting from the back end. They reach three to four inches in length and are such ravenous feeders that they may completely defoliate plants if not controlled.

The aphid (Myzus persicae): Aphids vary in color from light green to yellow or almost black. Two “tail pipes” or cornicles project from their rear end. Aphids damage tobacco by sucking plant juices from the leaves which causes them to curl. As they feed, they excrete honeydew that supports fungus growth, which gives the tobacco a black sooty appearance. This can result in an uneven curing of the whole tobacco harvest. This is why Biotech develops fungicides – to destroy bugs and fungi, but that can also destroy human gut flora (good bacteria, proteins, enzymes, etc). This digestive destruction feeds cancer. Don’tsmoke fungicide and don’t eat it, if you value your life.

The tobacco wireworm (Conoderus vespertinus): These pests occur throughout the south and can be the predominant species in any field. When full grown the larvae are an inch long and are yellow-brown in color. Tobacco wireworms are hard, shiny and look just like a short piece of wire – hence their name. Wireworms feed on the roots or underground stems of tobacco plants, which often destroys the rest. (http://wiki.bugwood.org/Archive:SEIPM/Tobacco_Insects)

Farmers could use diatomaceous earth to kill these pests, if they only knew about it! Instead, humans are smoking insect and weed killer. When we use pesticides on our lawns or gardens, we’re careful to avoid direct contact whenever possible, and we certainly wouldn’t knowingly breathe pesticides into our lungs, but that’s exactly what smokers do every time they take a puff!

Researchers at the Colorado School of Mines in Golden, Colorado, have identified three previously undetected pesticides in cigarette smoke: (http://www.livescience.com/4083-pesticides-cigarette-smoke.html)

Flumetralin: known to be toxic to humans and is carcinogenic. Flumetralin is an endocrine disruptor and is banned in Europe for use on tobacco. They must not want deformed children and their citizens dying of cancer there.

Pendimethalin: another endocrine disrupter which targets the thyroid specifically. Pendimethalin is carcinogenic and toxic to humans.

Trifluralin: also an endocrine disrupter, toxic to humans and carcinogenic, affecting glands and hormones in the worst ways, hence breast and prostate cancer.

These are approved for use by the EPA, claiming, “No information exists for long-term low-level inhalation exposures to these compounds,” yeah, except ALL THE HUMANS DYING OF CANCER. They are living and dying proof that smoking herbicides and pesticides rips apart your insides. (http://quitsmoking.about.com/od/chemicalsinsmoke/a/pesticides.htm)

There’s only one “sure fire” way out of the nicotine/pesticide addiction: Nutrition combined with behavior modification. NaturalNews enthusiasts know about a natural method which requires no medication and no hypnosis. You can stop smoking bug and weed killer and start living CLEAN again, and you can eat organic food and become “organic” again, just like you were before cigarettes, before the corrupt tobacco industry got a hold of you. Learn the KEY strategies you need to stop smoking forever. You can get “insider” knowledge from the author/teacher who has helped thousands of smokers stop smoking within 14 days using the natural method called 14AndOut!. By weaning yourself off commercial tobacco and switching to organic tobacco for the final 14 days, you can learn how to kill the urge and cut the habit with 14AndOut!, which is recommended by the Health Ranger. Watch the free preview by Mike Adams or share this insight with someone you know who wants to stop smoking GMO tobacco and who would like to reclaim their healthy life! (http://premium.naturalnews.tv/14AndOut__TV.htm)

On top of everything else cigarettes do ruin your health, nicotine is constipating and lowers your libido. Dear friends; escape the GMO nightmare! Don’t eat it. Don’t drink it. Don’t smoke it. Say goodbye to Monsanto, toxic vaccines, genetically mutated food and yes, cigarettes, once and for all. Remember, you are NOT a BUG. Ask yourself, do you want to be a bug being killed, or a “human being” alive?

Advertisement. Scroll to continue reading.
In this article:GM pesticides, tobacco 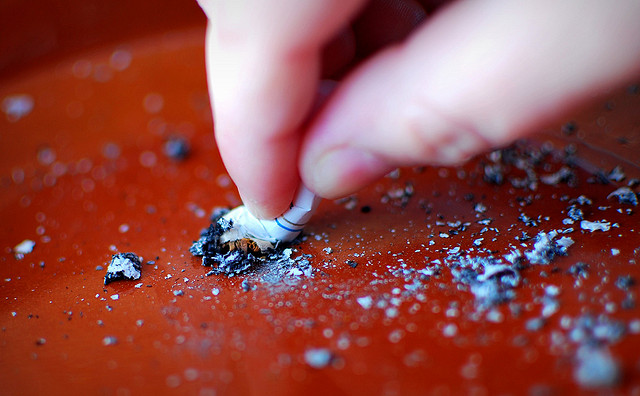 What Happens When You Quit Smoking | Immediate And Long Term Benefits

by Mike Barrett While many people may not know everything smoking can potentially lead to, it is well known that nothing positive on a...