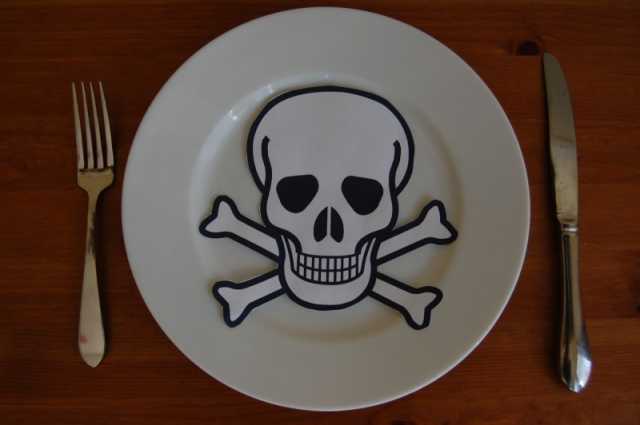 With so much misinformation out there about food and how it affects human health, making healthy food choices for you and your family can be difficult and confusing. There are a number of specific foods; however, that you will want to avoid in almost every circumstance because they provide virtually no health benefits while posing plenty of health risks. Here are nine foods you should never eat again if you care about preserving your long-term health:
1) White bread, refined flours. By definition, white bread and refined flours in general are toxic for your body because they have been stripped of virtually all vitamins, minerals, fiber, and other important nutrients. Because of this, the body does not know how to properly digest and assimilate these so-called foods, which can lead to health problems. Refined white flour has also been bleached with chlorine and brominated with bromide, two poisonous chemicals that have been linked to causing thyroid and organ damage.2) Conventional frozen meals. Most conventionally-prepared frozen meals are loaded with preservatives, processed salt, hydrogenated oils and other artificial ingredients, not to mention the fact that most frozen meals have been heavily pre-cooked, rendering their nutrient content minimal at best (especially after getting microwaved again at home). With the exception of a few truly healthy frozen meal brands such as Amy’s and Organic Bistro, most frozen meals are little more than disease in a box, so avoid them in favor of fresh foods.
3) White rice. Like white bread, white rice has been stripped of most of its nutrients, and separated from the bran and germ, two natural components that make up rice in its brown form. Even so-called “fortified” white rice is nutritionally deficient, as the body still processes this refined food much differently than brown rice, which is absorbed more slowly and does not cause the same spike in blood sugar that white rice does.
4) Microwaveable popcorn. This processed food is a favorite among moviegoers and regular snackers alike, but it is one of the unhealthiest foods you can eat. Practically every component of microwaveable popcorn, from the genetically-modified (GM) corn kernels to the processed salt and preservative chemicals used to enhance its flavor, is unhealthy and disease-promoting. On top of this, microwaveable popcorn contains a chemical known as diacetyl that can actually destroy your lungs. If you love popcorn, stick with organic kernels that you can pop yourself in a kettle and douse with healthy ingredients like coconut oil, grass-fed butter, and Himalayan pink salt.
5) Cured meat products with nitrates, nitrites. Deli meats, summer sausage, hot dogs, bacon, and many other meats sold at the grocery store are often loaded with sodium nitrite and other chemical preservatives that have been linked to causing heart disease and cancer. If you eat meat, stick with uncured, nitrite and nitrate-free varieties, and preferably those that come from organic, grass-fed animals.
6) Most conventional protein, energy bars. By the way they are often marketed, it might seem as though protein and energy bars are a strong addition to a healthy diet. But more often than not, these meal replacements contain processed soy protein, refined sugar, hydrogenated fat, and other harmful additives that contribute to chronic illness. Not all protein and energy bars are bad, of course — Thunderbird Energetica, Organic Food Bar, Boku Superfood, Vega Sport, PROBAR, and Zing all make healthy protein and energy bars. Just be sure to read the ingredient labels and know what you are buying.
7) Margarine. Hidden in all sorts of processed foods, margarine, a hydrogenated trans-fat oil, is something you will want to avoid at all costs for your health. Contrary to popular belief, butter and saturated fats in general are not unhealthy, especially when they are derived from pastured animals that feed on grass rather than corn and soy. And if animal-based fats are not for you, stick with extra-virgin coconut oil or olive oil rather than margarine.
8) Soy milk and soy-based meat substitutes. One of the biggest health frauds of modern times, the soy craze is a fad that you will want to skip. Besides the fact that nearly all non-organic soy ingredients are of GM origin, most soy additives are processed using a toxic chemical known as hexane, which is linked to causing birth defects, reproductive problems, and cancer. Soy that has not been fermented is also highly estrogenic, which can throw your natural hormone balance out of whack.
9) “Diet” anything. Many so-called “diet” products on the market today contains artificial sweeteners like aspartame (Equal) and sucralose (Splenda), both of which are linked to causing neurological damage, gastrointestinal problems, and endocrine disruption. Many diet products also contain added chemical flavoring agents to take the place of fat and other natural components that have been removed to artificially reduce calorie content. Instead, stick with whole foods that are as close to nature as possible, including high-fat foods grown the way nature intended, and your body will respond surprisingly well.