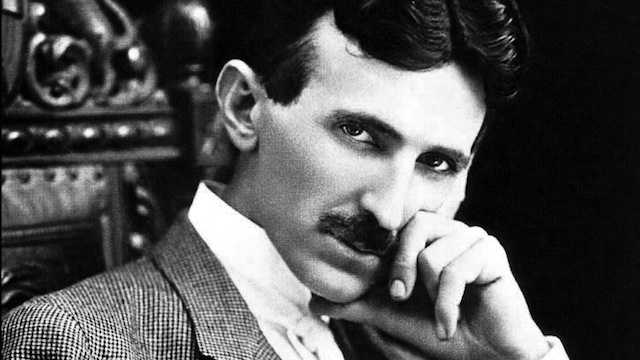 In the 1930s journalists from publications like the New York Times and Time magazine would regularly visit Nikola Tesla at his home on the 20th floor of the Hotel Governor Clinton in Manhattan. There the elderly Tesla would regale them with stories of his early days as an inventor and often opined about what was in store for the future.
Last year we looked at Tesla’s prediction that eugenics and the forced sterilization of criminals and other supposed undesirables would somehow purify the human race by the year 2100. Today we have more from that particular article which appeared in the February 9, 1935, issue of Liberty magazine. The article is unique because it wasn’t conducted as a simple interview like so many of Tesla’s other media appearances from this time, but rather is credited as “by Nikola Tesla, as told to George Sylvester Viereck.”

It’s not clear where this particular article was written, but Tesla’s friendly relationship with Viereck leads me to believe it may not have been at his Manhattan hotel home. Interviews with Tesla at this time would usually occur at the Hotel, but Tesla would sometimes dine with Viereck and his family at Viereck’s home on Riverside Drive, meaning that it’s possible they could have written it there.

Viereck attached himself to many important people of his time, conducting interviews with such notable figures as Albert Einstein, Teddy Roosevelt and even Adolf Hitler. As a German-American living in New York, Viereck was a rather notorious propagandist for the Nazi regime and was tried and imprisoned in 1942 for failing to register with the U.S. government as such. He was released from prison in 1947, a few years after Tesla’s death in 1943. It’s not clear if they had remained friends after the government started to become concerned about Viereck’s activities in the late 1930s and early 1940s.

Tesla had interesting theories on religion, science and the nature of humanity which we’ll look at in a future post, but for the time being I’ve pulled some of the more interesting (and often accurate) predictions Tesla had for the future of the world.

The creation of the U.S. Environmental Protection Agency (EPA) was still 35 years away, but Tesla predicted a similar agency’s creation within a hundred years.
Hygiene, physical culture will be recognized branches of education and government. The Secretary of Hygiene or Physical Culture will be far more important in the cabinet of the President of the United States who holds office in the year 2035 than the Secretary of War. The pollution of our beaches such as exists today around New York City will seem as unthinkable to our children and grandchildren as life without plumbing seems to us. Our water supply will be far more carefully supervised, and only a lunatic will drink unsterilized water.

Tesla imagined a world where new scientific discoveries, rather than war, would become a priority for humanity.
Today the most civilized countries of the world spend a maximum of their income on war and a minimum on education. The twenty-first century will reverse this order. It will be more glorious to fight against ignorance than to die on the field of battle.