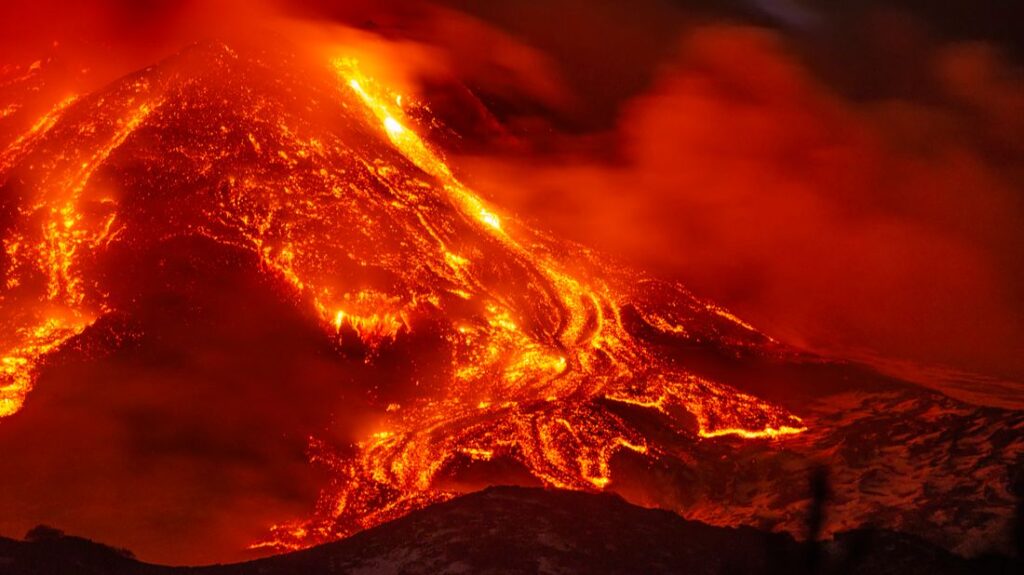 Geophysicists are scared of the eruption of several fire-breathing monsters at once.

Alaska: 6 vents are ready to merge into one

Cleveland, Carlisle, Herbert, Cagamil, Tana and Uliaga – six volcanoes located on the Aleutian Islands adjacent to Alaska, look like a common cluster. In fact, this is one volcano – a supervolcano with a common magma chamber of gigantic size. The diameter of the caldera of this monster – its vents – is 20 kilometers.

The imminent eruption of a supervolcano – all six of its trunks, merged into one, frighten John Power, a geophysicist at the observatory volcanoes of Alaska and his colleagues at the US Geological Survey. They claim that it is now restless under the caldera which may indicate that it is waking up.

The vents of volcanoes in Alaska are located close to each other. Six vents strive to merge into one Aleutian caldera of cyclopean dimensions.

Scientists do not exclude that the eruption in Alaska will reach the maximum possible force – 8 points. Goodbye then, America. And then the whole world, if the Aleutian caldera wakes up the neighboring one – Yellowstone.

Yellowstone Caldera: a volley of 1,000 cubic kilometers of rock and ash expected

Scientific articles with horror stories about a supervolcano located in the northwestern United States in Yellowstone National Park, preparing to erupt, appear regularly. But volcanologists from the University of Arizona are more frightened than others, saying that a disaster could happen in the next 10 years.

American scientists have studied the volcanic tuff covering the park. Ash from the last eruption, which formed them 630 thousand years ago, has been preserved in its sediments.

Analysis of the minerals in the collected samples made it possible to determine that the cataclysm broke out after the “fresh” incandescent magma flooded the reservoir under the caldera. “Preparing” for the eruption took only a few decades, not thousands of years, as previously thought.

Now the caldera, warmed up, has risen by 25 centimeters. A little, it would seem, but this is just evidence that the molten rocks are gradually taking a position similar to that which developed before the previous eruption. Hence the forecast of its imminent recurrence.

In the course of that long-standing cataclysm, as a result of which a caldera appeared in the form of a fault, stretching for 60 kilometers, almost 400 cubic kilometers of rock and ash were thrown into the atmosphere. A “salvo” of more than 1000 cubic kilometers is expected from the upcoming eruption.

The Yellowstone Caldera is not calm. Upon awakening, the caldera can become a volcano of cyclopean dimensions.

A little earlier, similar concerns were expressed by specialists from the US Geological Survey, who predicted that the ejected ash would cover tens of thousands of square kilometers with a meter layer. At the same time, 90 thousand people living in areas adjacent to the park will die at once.

The ash emitted into the atmosphere is enough to arrange something like a nuclear winter, not only in the United States and Canada. “Darkness” will fall on the whole world. Global warming will end, a global cooling will begin, which will last for decades. It is not a fact that humanity will survive it.

It will become even worse if the third – the Japanese one – joins the two American calderas.

10 km dome in the East China Sea: swells and warms up

“An unprecedented eruption in southwestern Japan can begin at any time without any warning,” Professor Yoshiyuki Tatsumi said, the leader of a large group of volcanologists from Kobe University.

They themselves got scared when they explored the Kikai caldera, located in the East China Sea. It was formed as a result of several eruptions of an ancient underwater volcano, the last and largest of which occurred about 7,300 years ago. The volcano then poured out about 500 cubic kilometers of lava, and destroyed more than half of the population of Japan during the Jomon period with it and with hot gases.

Scientists expect a repeat of the Jomon catastrophe, but on a much larger scale. And accompanied by megatsunami. They assure that giant waves will roll right up to North America. Not to mention China, the Far East and Japan itself.

According to the darkest forecasts, the eruption could kill about 100 million people, becoming the largest in the history of mankind. If Japanese volcanologists, God forbid, are right.

Yoshiyuki Tatsumi’s team found that the caldera was swelling and warming up. A dome of incandescent magma has formed on the seabed, which has already accumulated 32 cubic kilometers. The dome has reached 10 kilometers in diameter and 600 meters in height. Now its peak is located just 30 meters from the ocean surface. The dome expels boiling water, bubbles with volcanic gases, and continues to grow. That is, it behaves as if and, in fact, again turns into an active supervolcano.

Another supervolcano is ripening near Japan.

The nightmare trio is unlikely to kill all life on Earth. But it can destroy most of humanity. And it will surely destroy it entirely if other volcanoes wake up. That, sadly, is also not excluded.

Conclusion – No sleep till Brooklyn

A large group of scientists from several countries prepared an extensive report (Extreme Geohazards: Reducing the Disaster Risk and Increasing Resilience) for the European Science Foundation, in which they assessed the threats to our civilization. Experts compared the risks of earthquakes, landslides, floods, asteroids, climate change, tsunamis, and volcanic eruptions. And they came to the conclusion: there is nothing more dangerous than volcanoes in the near future. The probability that it is they who, having begun to erupt at once, will wipe out humanity from the face of the Earth already in the XXI century, the highest is 10 percent.

It is worth recalling that quite recently, one pitiful volcanic in Iceland with an unpronounceable name almost paralyzed the entire human civilization.

There have been periods in the history of our planet when almost all the volcanoes on it erupted at once. There was a living hell – the end of the world for the creatures who then lived on Earth. Although someone survived. And life – in a changed, or even completely different form – continued. The existence of such a mysterious pulse of the subsoil in 2010 was announced by volcanologists from the universities of Sydney, Bergen and Hawaii.

And we, according to Australian and Hawaiian scientists, seem to be facing a catastrophe from the “first row” – a more powerful one. After all, 10 million years since the last cataclysm of a global scale happened, either have already passed, or are about to pass. Time, as they say, is running out.

Alas, the processes leading to synchronous eruptions are not yet known to scientists. But they have suspicions that the Japanese Kikai, Yellowstone and Aleutian calderas are potential sources of the approaching apocalypse.

Experts from the Geological Society of London have two European super-volcanoes on suspicion – in the Phlegrean Fields near Naples and near the island of Kos in the Mediterranean Sea.

Advertisement. Scroll to continue reading.
In this article:Supervolcanoes, Yellowstone Caldera 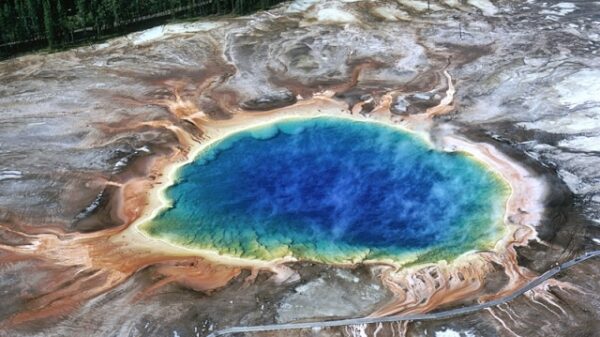 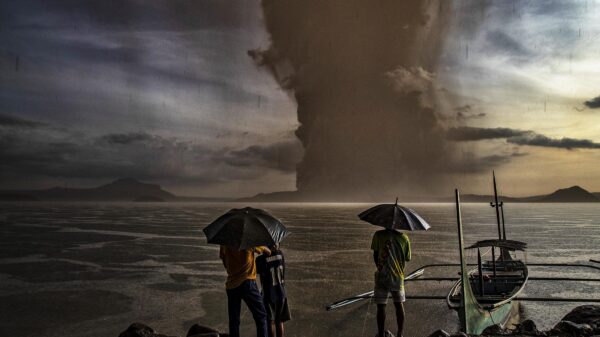 Volcanic hell: The eruption of the Taal supervolcano in Philippines is the beginning of a chain reaction

According to watchers.news, citing the Philippine Seismological Services (PHIVOLCS), Taal recorded 252 earthquakes in the Taal Volcano area over the past 24 hours, emitting small vapor plumes from fumaroles that rose 10...

Scientists Have Identified The Secret That Fuels Yellowstone’s Explosive Hellfire

It’s the prettiest powder keg on the planet – the Yellowstone supervolcano, simmering under the mystique and grandeur of the national park that adorns the...

Over 200 Earthquakes Detected at Yellowstone Supervolcano

Regular earthquakes are bad enough. Volcanoes too. But an earthquake swarm at a supervolcano? That really sounds like it could be scary, and scientists...