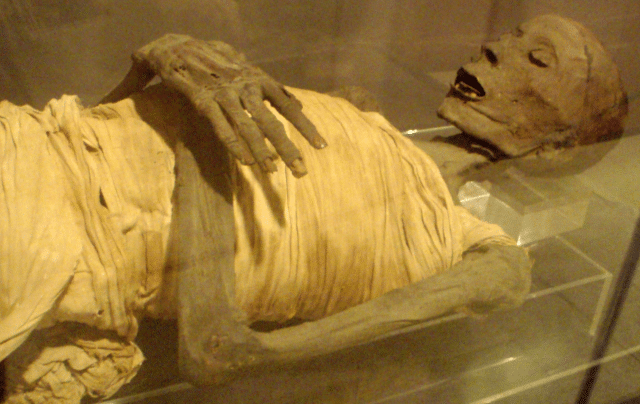 Based on the riches often found in their tombs, it would be easy to assume that ancient people whose relatives had them mummified before burial lived a pretty good life. Based on what a new study of some mummified bodies found, it looks like they did … and it probably shortened their lives. It turns out that these people suffered from modern diseases caused more by lifestyle than genetics … or perhaps we suffer from ancient diseases caused more by lifestyle than genetics.

“Computed tomography has been used previously in mummies to detect arterial calcification, which is a marker of later-stage atherosclerosis. Here, using the novel approach of near-infrared spectroscopy, we detected cholesterol-rich atherosclerotic plaques in arterial samples from ancient mummies. In this proof-of-concept study, we are the first to noninvasively detect these earlier-stage lesions in mummies from different geographical areas, suggesting that atherosclerosis has been present in humans since ancient times.”

Cholesterol! The number everyone fears to find out on their annual trip to the doctor. In a study led by Mohammad Madjid, an MD and MS and an assistant professor of cardiovascular medicine with McGovern Medical School at UTHealth (University of Texas Health Science Center at Houston), decided to study the arterial tissue of five mummies — three men and two women ranging in age from 18 to 60 who lived between 2000 BCE and 1000 AE. Four were from South America, one was from the Middle East, three died from pneumonia, one from renal failure and one from unknown causes. According the study co-authored by Madjid and published in the latest American Heart Journal, he used near-infrared spectroscopy which analyzes the near-infrared region of the electromagnetic spectrum and has become a useful tool in urology, sports medicine, neurology and other fields.

“A catheter is placed on the sample and it sends out signals. The signals bounce off the tissue and come back. You can tell the difference between various tissue components because each has a unique molecular signature like a fingerprint.”

Unfortunately for the mummies, what Madjid’s near-infrared spectroscope found was the molecular signature of cholesterol-rich arterial plaques … a sure sign that they suffered from atherosclerosis – the narrowing of the arteries that eventually causes coronary artery disease, stroke, peripheral artery disease and kidney problems. In modern humans, it generally begins in middle age and is thought to be caused high blood pressure, diabetes, smoking, obesity, genetics and an unhealthy diet. Madjid’s team was surprised to find that even the youngest mummy suffered from atherosclerosis. Were they teen smokers? Too much corn pizza? Not enough exercise chasing alpacas or camels?

If we’ve learned anything from watching mummy movies, it’s that we never learn anything from mummies – we continue to break into their tombs, steal their burial items, desecrate their remains and destroy their rich history before it can be studied.

Maybe atherosclerosis is the real curse of the mummy.

Advertisement. Scroll to continue reading.
In this article:atherosclerosis, Mummies 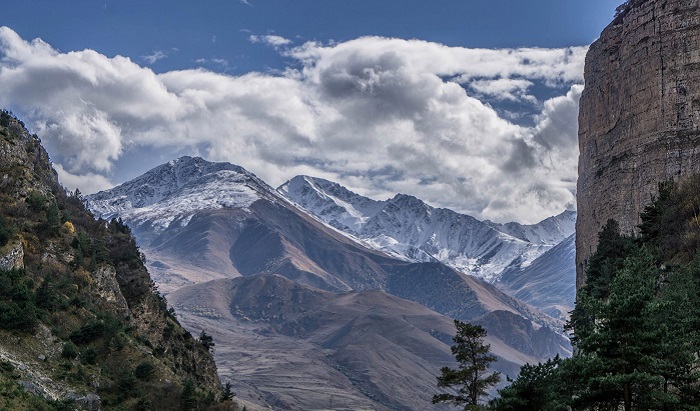