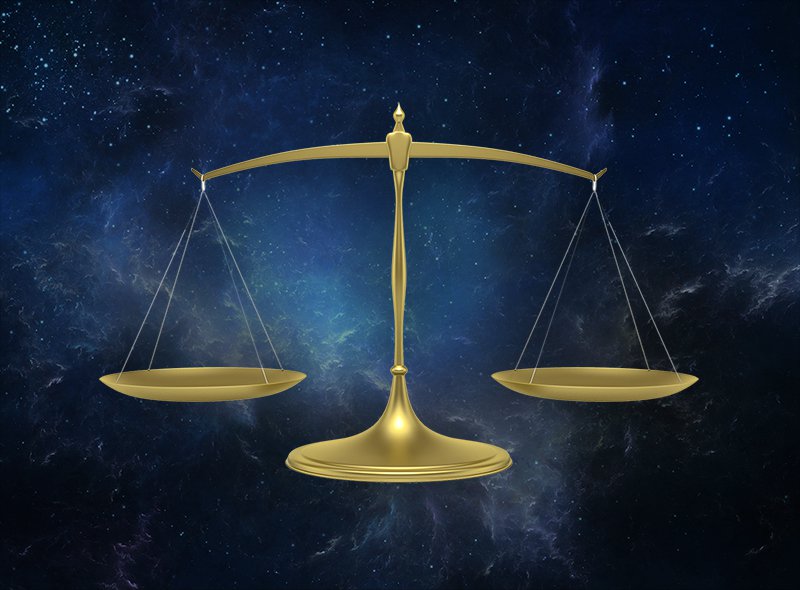 Across the ages there have always been saints, sages, seers, and prophets which have foreseen events, healed and spread a powerful message to the masses. On the surface, these messages may seem disconnected and different, but at their core there are many similarities, with the essence being the same.

This can be summed up metaphorically by an old Indian fable which tells the story of 6 blind men who all come in contact with an elephant. Taken from John Godfrey Saxe’s poem (1816-1887) Blind Men and the Elephant:

It was six men of Indostan,

To learning much inclined,

Who went to see the Elephant

(Though all of them were blind),

That each by observation

The First approach’d the Elephant,

And happening to fall

Against his broad and sturdy side,

At once began to bawl:

“God bless me! but the Elephant

The Second, feeling of the tusk,

Cried, -“Ho! what have we here

So very round and smooth and sharp?

To me ’tis mighty clear,

This wonder of an Elephant

The Third approach’d the animal,

And happening to take

The squirming trunk within his hands,

Thus boldly up and spake:

The Fourth reached out an eager hand,

And felt about the knee:

The Fifth, who chanced to touch the ear,

Can tell what this resembles most;

Deny the fact who can,

This marvel of an Elephant

The Sixth no sooner had begun

About the beast to grope,

Then, seizing on the swinging tail

That fell within his scope,

And so these men of Indostan

Each in his own opinion

Though each was partly in the right,

And all were in the wrong!

The moral of this story is that many people can view the same thing, yet get a different interpretation. This leads me to some of the great and most widely known prophets of our known history starting with Viracocha.

Viracocha is God worshipped by the Incan people, however, it is widely believed by many that this “God” was actually a person who brought a new way of being to the Incan people. This included healing the sick, restoring sight to the blind and teaching skills such as medicine, farming, mathematics and writing. From Graham Hancock’s book Fingerprints Of The Gods:

This idol took the form of a marble statue of the god – a statue described ‘as to the hair, complexion, features, raiment and sandals, just as painters represent the apostle Saint Bartholomew’. Other accounts of Viracocha likened his appearance to that of the Saint Thomas. I examined a number of illustrated ecclesiastical manuscripts in which these two saints appeared; both were routinely depicted as lean, bearded white men, past middle age, wearing sandals and dressed in long, flowing cloaks. As we shall see, the records confirmed this was exactly the appearance ascribed to Viracocha by those who worshipped him.

This view has also been shared by sixteenth-century Spanish Jesuit missionary Fr Jose de Acosta (also taken from Fingerprints Of The Gods):

They make great mention of a great deluge [Severe flood], which happened in their country … the Indians say that all men were drowned in the deluge, and they report that out of Lake Titicaca came one Viracocha, who stayed in Tiahuanaco, where at this day there are seen to be ruins of ancient and very strange buildings, and from thence came to Cusco, and so began mankind to multiply…

There doesn’t seem to be any known history of Viracocha that predates the Inca people, but if you were to take the assumption that this God was based upon an actual person, then (like all other holy people) he would have had to go through an initiatory period of purification. This is something I will come back to shortly.

The most famous Prophet is Jesus Christ of Nazareth, who appears not just in Christian text, but also in the Quran and many other holy books. As part of his purification, it is reported that Jesus went into the desert and fasted for 40 days and 40 nights. During this time he was tempted 3 times by Satan. The 3 temptations were: hedonism (hunger / satisfaction), egoism (spectacular throw / might) and materialism (kingdoms / wealth). After Jesus refused each temptation, the Devil departed and Jesus began his teaching. What is interesting to note is Jesus’ purification took place in the desert, predominantly under the power of the fire element of the Sun. Now I know we don’t know the pre-Incan history of Viracocha, but you could assume that had he faced a similar initiation it would likely have a close relation to the element of water, due to him rising from the lake.

Moses was said to have freed over 600,000 Israelite slaves from Egypt. It is said that Moses crossed the Red Sea with the former slaves and they based themselves at Mount Sinai. This is where Moses went and fasted for 40 days and 40 nights before he received the Ten Commandments from God. Again, the predominant element of the mountains is that of air. Differing from the previous 2 elemental initiations.

Gautama Buddha famously sat under the Bodhi tree until he reached enlightenment where, like Jesus, he was tempted by the devil. After 49 days of meditation, at the age of 35, it is said that he achieved his task of complete liberation. Again there is an elemental force here in the Earth which he sat on under the Bodhi tree.

Thus far we have spoken of the 4 agreed upon elements of the natural world, however, some argue that darkness and lightness are also elements. Light obviously has its physical characteristics, but could also be defined as the transcendent. The experience which is beyond that of humanness and materialism, what we could call the spirit realm. 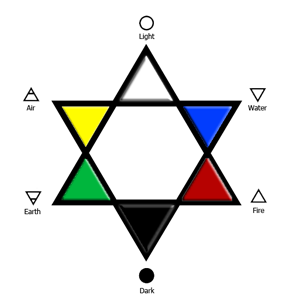 Muhammad is the most recent of the prophets we speak about and the founder of Islam. It is thought he was born in 570 AD which synchronistically is the Year of the Elephant. Muhammad fasted and prayed for 40 days in a cave named Hira on Mount Jabal al-Nour. During this time it is claimed he was visited by the angel Gabriel. Gabriel then commanded Muhammad to recite the verses that would later become the Quran. The elemental force we are working within the cave is that of Darkness.

There is no mention of a prophet that worked with pure light and this is because they all did.  It is believed that the liberation of a human being is to purify your physical body to the level in which you let pure light emanate through you. Meaning all of the prophets did in fact access pure light through their initiation. The pure light is the elephant and each of the prophets saw this truth and interpreted it through their elemental perspective.

At least this is an observational theory one could arrive at. As a stand-alone, none of the religions derived from these teachers has been able to bring about any level of lasting peace, and in most instances have caused more bloodshed than they have saved. But what if none of the religions are “right”? As with the elephant story, they are just a view of the same thing from a different perspective. Maybe with the unification (or at least acceptance) of the teachings of all religions comes access to a teaching that will lead us to an ascended 7th plane that we need to fully liberate ourselves as a species. 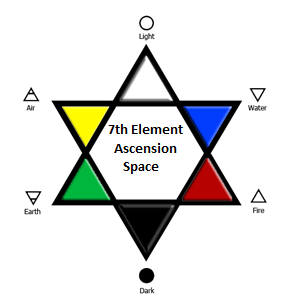 Maybe we all hold a piece of the bigger puzzle- with each partly right, and all of us wrong!

Advertisement. Scroll to continue reading.
In this article:7th plane, Viracocha