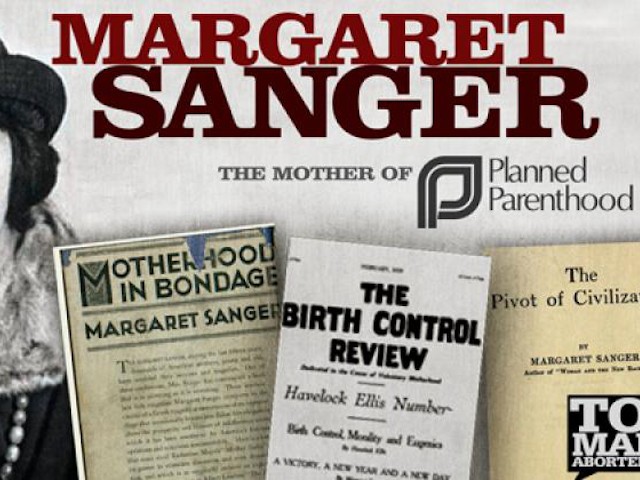 Many media outlets related to the coronavirus epidemic and the role of Bill Gates in the distribution of vaccines linked his activities with Malthusianism, an ideology aimed at reducing the world’s population. Although there is often a conspiracy thesis in the allegations, there are obvious facts that are easy to find in open sources.

However, the issue is more complex, and the problem is not only in the work of certain influence groups, whose members are well-known politicians of world scale.

It is enough to familiarize yourself with the secret NSA memorandum NSSM200, which was prepared by Henry Kissinger and adopted on December 10, 1974. The White House declassified it in 1989. It was entitled “The Consequences of World Population Growth for US Security and Interests Abroad.”

It was noted there that it is necessary to adjust the population growth of the Earth to 6 billion by the middle of the 21st century and to control the marginal growth at a level of no more than 8 billion.

Specific countries were identified that were “guilty” of overpopulation – India, Bangladesh, Pakistan, Nigeria, Mexico, Indonesia, Brazil, the Philippines, Thailand, Egypt, Turkey, Ethiopia and Colombia. It was also noted that the US should use agencies such as the United Nations Population Fund, which worked to reduce the population of 80 countries, more often. It was proposed to launch family planning programs, as well as reduce the ability of the population to fertility through educational programs, so that parents have an incentive to not have children.

In other words, to brainwash at the level of individual countries and regions. At the same time, paragraph 37 argued that there is a different point of view on population issues, which considers that the situation is much more serious and urgent measures are required to avoid a demographic catastrophe.

In terms of population reduction, such funds as the Pathfinder Fund, the International Planned Parenthood Foundation, and the Population Council were already listed, and in addition to current programs, various experiments were planned to help reduce US costs.

Bill Gates Jr. and Bill Gates Sr. are affiliated with hundreds of foundations and research organizations, and influence political decisions in many states.

This may turn out to be news to many, but Bill Gates’ father was the head of the Planned Parenthood, as Bill Gates himself said in a television interview. Information on this is available in open sources. After Donald Trump came to the presidency, this organization ceased to receive funds from the US state budget, but subsidies from private funds continue to flow.

By the way, in addition to vaccines, Gates was seen in other experimental programs related to biotechnology, in particular, Zika virus, which is believed to be a risk, especially for pregnant women.

Zika virus is transmitted through mosquitoes Aedes aegypti. These mosquitoes are notable for being the genetic engineering product of a British biotech company called Oxitec. Aedes aegypti, according to test results, is struggling with the spread of dengue, yellow fever, chikungunya, Zika virus.

Oxford Insect Technologies and the British biotech company have developed genetically modified mosquitoes with the money from the Bill Gates Foundation. The first open trials of transgenic mosquitoes of the Aedes aegypti species took place in the Caribbean, on Grand Cayman Island in the fall of 2009. Then they multiplied, mutated and, as expected, became carriers of Zika virus. In this case, artificial intervention to organize the epidemic is obvious.

If we talk about a coherent international policy, then the United Nations Population Fund (UNFPA) and the United Nations Development Program (UNDP) deal with issues of birth and population at the UN. In fact, they are leading the strategy of a new Malthusianism – that is, birth control in the world through sterilization of women and abortion.

It is interesting that within the UN there are the same traditions associated with the practice of abortion and sterilization that are passed down from generation to generation.

For example, in 2001, Alexander Zanger, Chairman of the International Family Planning Council, was appointed UNFPA Goodwill Ambassador. As a representative and champion of birth control, Zanger in 1995 was named “one of the 100 most influential people on the planet at all times.” Meanwhile, Alexander Zanger is the grandson of sexual educator and feminist Margaret Zanger, who founded the American Birth Control League in 1921, and then the National Committee for the Legalization of Birth Control in 1929.

Alexander Zanger continues the work of his grandmother and is the chairman of the International Planned Parenthood Council.

Margaret Zanger owned the idea of ​​the widespread use of contraception and the practice of clinical abortion with state support. In addition, she was engaged in smuggling diaphragms in the United States and published obscene materials in the press, which repeatedly violated the federal laws of this country.

In 1923, Sanger founded the Clinical Research Bureau, using a loophole in law. The bureau became the first legal birth control clinic in the United States and was fully staffed by female doctors and social workers. The clinic received funding from the Rockefeller family (another lover of global control) who anonymously supported the Zanger case for ten years.

Margaret Zanger was ideologically anarchist and racist, believing that both birth control and eugenics propaganda “lead a race along the path of destroying the inferior.” 1 Her proposals included strict immigration policies, the free use of birth control methods, every right on family planning for free-minded and compulsory segregation or sterilization for the mentally retarded.

In 1926, Sanger delivered a lecture on birth control for the Ku Klux Clan women’s unit in Silver Lake, New Jersey, and later collaborated with similar racist groups in the United States.

However, her radical ideas concerned not only representatives of other peoples or persons with disabilities. In her book, Woman and the New Race, she wrote that “the most compassionate thing a large family can do for their baby is to kill him.” 4 In another book, “The Axis of Civilization,” she claimed that people in poor areas “who are of their animal nature breed like rabbits and could soon cross the borders of their regions or territories, and then infect the best elements of society with diseases and lower genes ”should be subject to natural selection.

Although she is revered in the United States as one of the founders of the women’s rights movement, a number of researchers rightly compared her ideas to the methods practiced in Nazi Germany.

From 1952 to 1959, Zanger was president of the International Federation of Family Planning (IFPS).

It should be noted that Zanger’s ideas are popular not only in the USA, but also in many other countries. Her supporters include family planners as well as healthcare workers.

IPPF is headquartered in London, UK, and the organization was established in 1952.

The policy and strategy of the previously mentioned IFES suggests that “the basic human rights to reproductive freedom (the choice to refuse to have a baby through abortion, sterilization, contraception) should be accepted by everyone regardless of age, sexual orientation, financial status or location” (PPFG Bulletin, September 1992). IFES advocates same-sex marriage, supporting the development of freedom of sexual minorities, and introducing abortion drugs and contraception as a medicine.